Government Must Speed Up Flood Relief Operations in Bihar 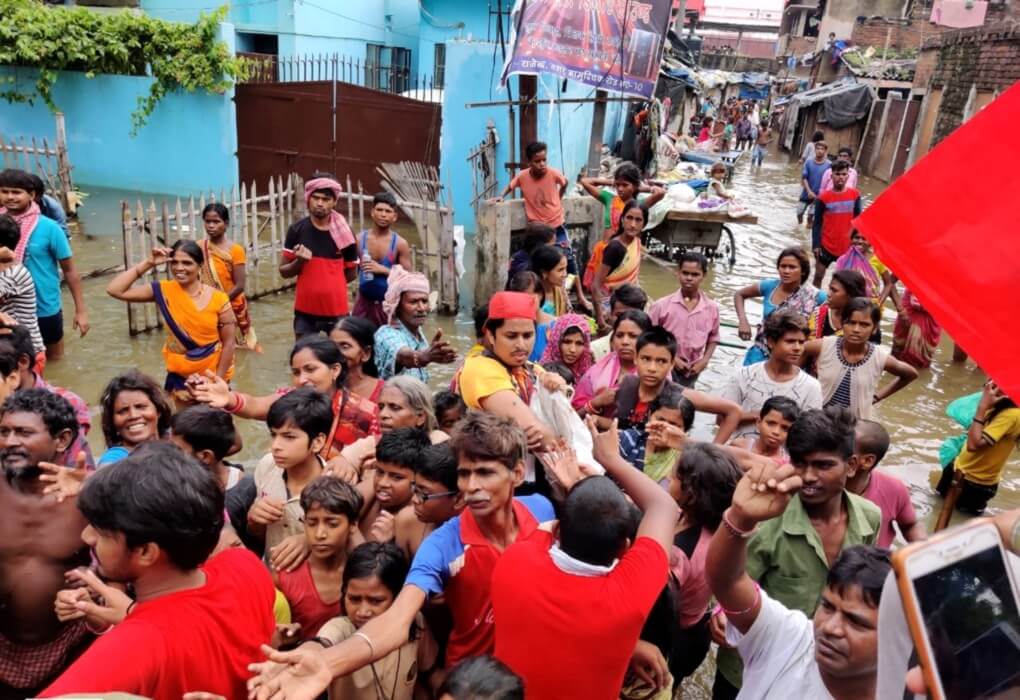 CPIML, AISA and RYA teams have been conducting flood relief operations in various affected areas of Patna and other districts of Bihar. They were joined by JNUSU General Secretary Satish Chandra Yadav, Councilor Adarsh Kumar and CPIML MLA Sudama Prasad. The teams visited the affected people in many parts of Patna including Musahari in Buddh Murti, Mahmudi Chak, Bazaar Samiti and other areas and distributed chuda-jaggery, candles, matches, water, milk and other materials.

JNUSU General Secretary Satish Chandra Yadav said that the state of continuing inundation in Patna is a matter of grave concern and demanded that the government should speed up relief operations. He pointed out that many areas of the capital were still under water, especially Rajendra Nagar, Kankarbagh and Kadamkuan where the water is more than waist high. The condition in slum areas is appalling, as the water has started to putrefy and stink and there is imminent danger of dreaded diseases. No relief of any sort has reached these workers’ bastis. He said that JNU stands in full solidarity with the people of Patna in this hour of crisis. 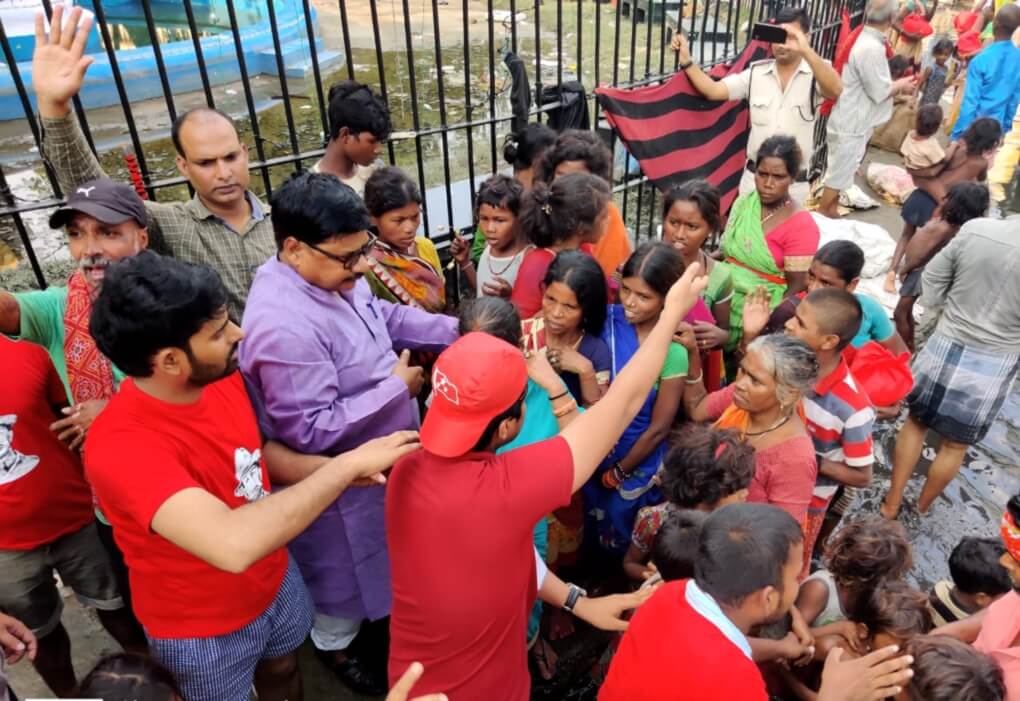 MLA Sudama Prasad accompanied these teams in many areas and supervised the relief operations. He said that the government’s relief operations are very insufficient. Children lack milk, medicines, and other materials. Homes of the poor in Mahmudi Chak are still filled with water. The water is rotting and stinking, and no relief has reached the affected people, who have been forced to take shelter at railway platforms. Epidemics of fearful diseases are an imminent danger in these areas. The government should take immediate notice of this and organize relief camps.

Students and youth affiliated to AISA, RYA, Hirawal, and CPIML participated in large numbers in the relief drive. 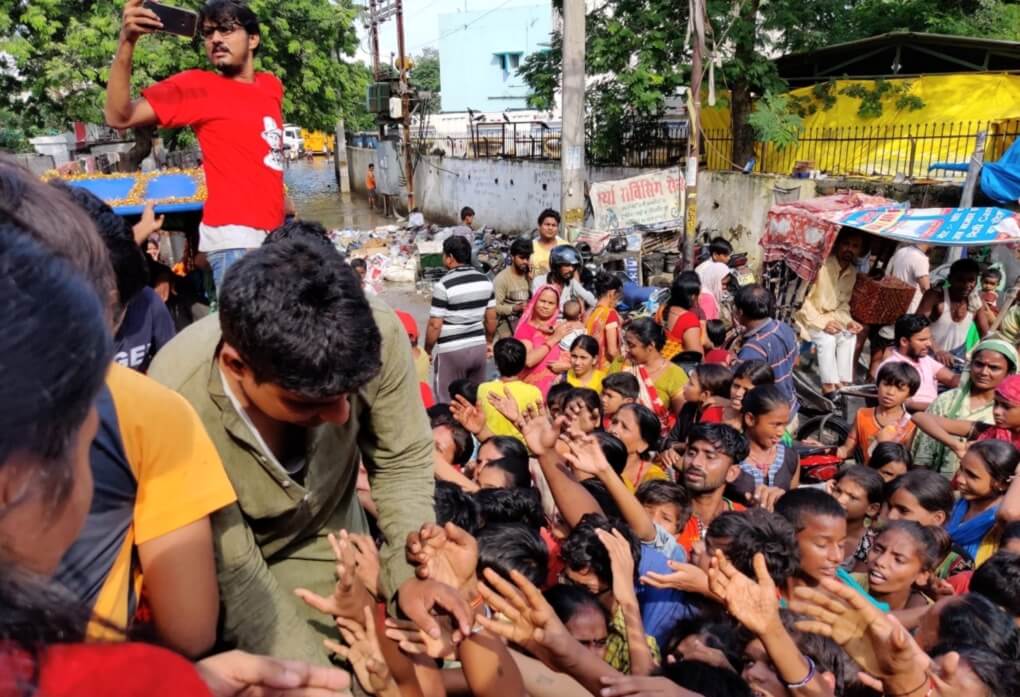 Another CPIML team led by peasant leader Randhir Yadav spoke to affected people and did relief work in Kahalgaon Block in Bhagalpur district, visiting Rani Diyara, Barohiya, Naya Nagar in Kisandaspur Panchayat and Anthavan, Tofil, Dayalpur Kuti in Virbanna Panchayat. The team found that relief work by the government being confined to only a token relief camp in Nandgola which is far from and inaccessible to many of the affected areas. Not even drinking water is reaching the affected people in the name of relief. The team demanded that the government should arrange immediate relief in the form of food, water, fodder for cattle, polythene sheets and free medical camps.

Many such teams are trying their best to provide relief to affected people in different districts since 30 September. Activists are also doing a simultaneous mass fund collection drive for flood victims. Ironically one such team was obstructed by the police near Patna railway station. 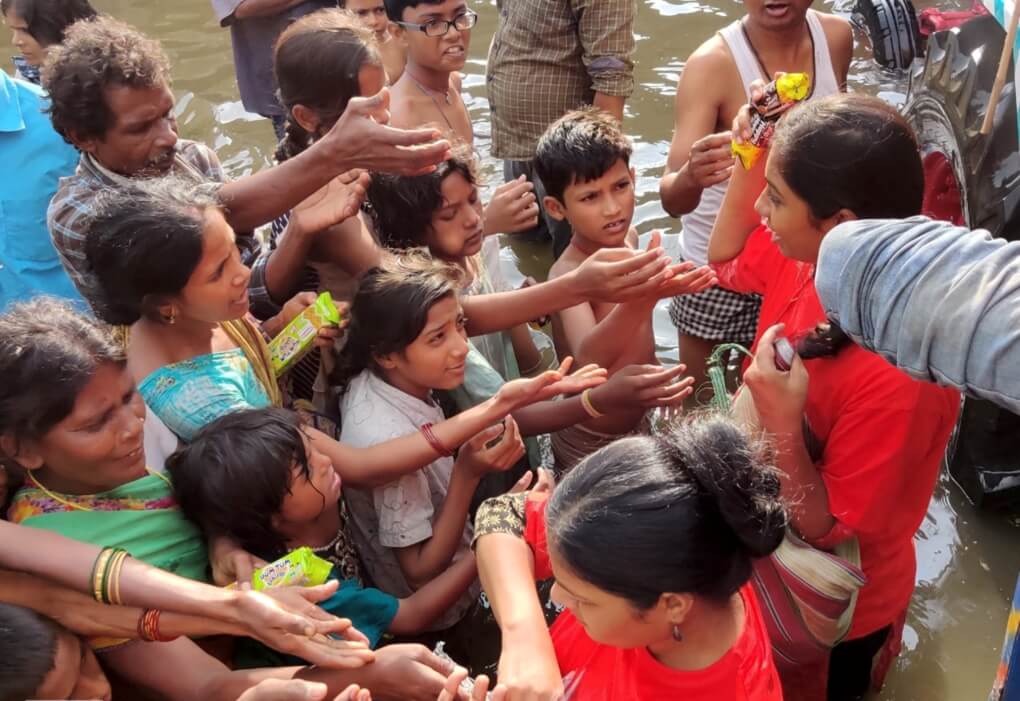 On 4 October a delegation from the CPIML met the Kankarbagh Municipal Corporation officials as well as the official in charge of water drainage. The main demand was for the construction of a large nullah adjacent to the new by-pass and comprehensive reforms in the drainage system. The team also demanded water drainage without delay from the low-lying areas of Ward Nos. 30, 32, and 33 in Kankarbagh, spraying of pesticides, fogging on a war scale, and drinking water tankers for at least 15 of the worst affected areas. Ranvijay Kumar, Ashok Kumar and Pannalal Singh stated that these were promises made by the BJP government way back in 2007 in response to protests during flooding of Kankarbagh, but despite there being a BJP Minister for Urban Development for 15 years, no action has been taken. For the past 30 years the BJP has held MP and MLA seats in Patna District and for the past 17 years BJP-JD(U) has been in power in the Municipal Corporation, and it is a matter of great shame that no steps have been taken to repair and correct the drainage system. 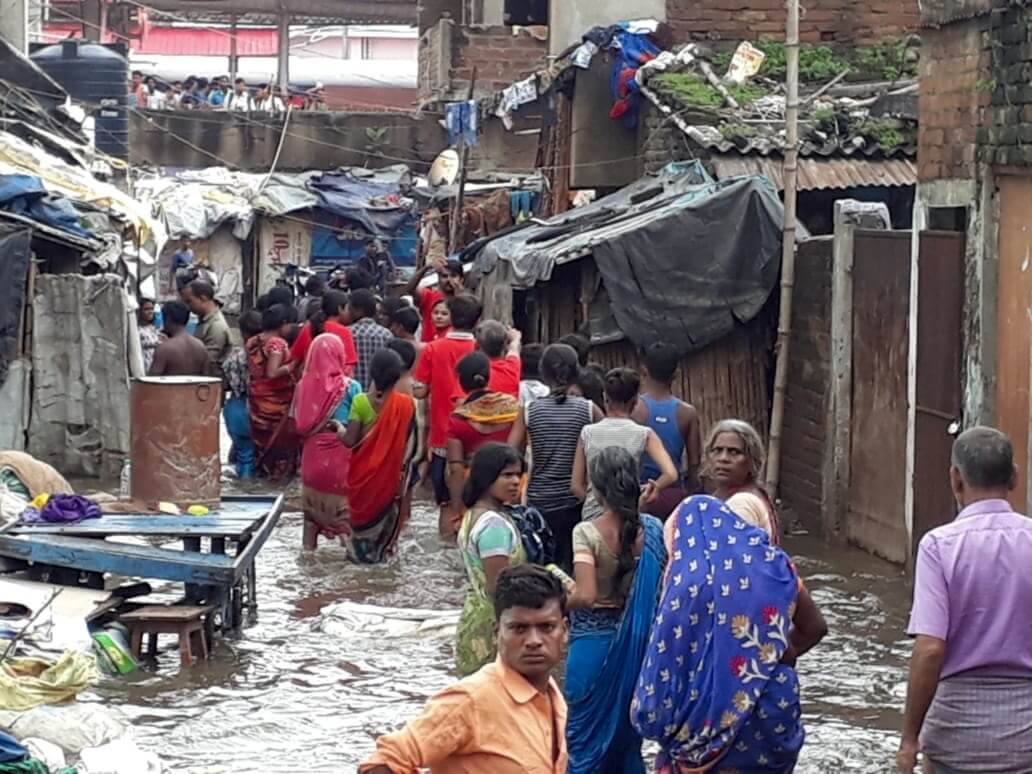 CPIML Bihar State Secretary Kunal has asked the state government to speed up flood relief operations in Patna and other affected parts of the State. He stated that several areas in the capital Patna remained under huge inundation for many days. No relief operation has reached to workers’ hutments so far. Rajendra nagar in Patna is the worst affected, where the water was neck deep. Some NDRF teams were seen but there is no sign of the SDRF. For days there was no electricity, no drinking water, and nothing to eat. CPIML-RYA-AISA members helped many stranded people to reach safe places. The CPIML office was also flooded, but arrangements were made for food and stay. Comrade Kunal said that the government must immediately make arrangements for relief camps at the slum bastis and other affected areas. Food and minimum medical aid should be guaranteed so that people may be saved from dreaded diseases in the aftermath of the flood. He called upon all Party members to be with the flood affected people in this hour of crisis and ready to render help of any kind. 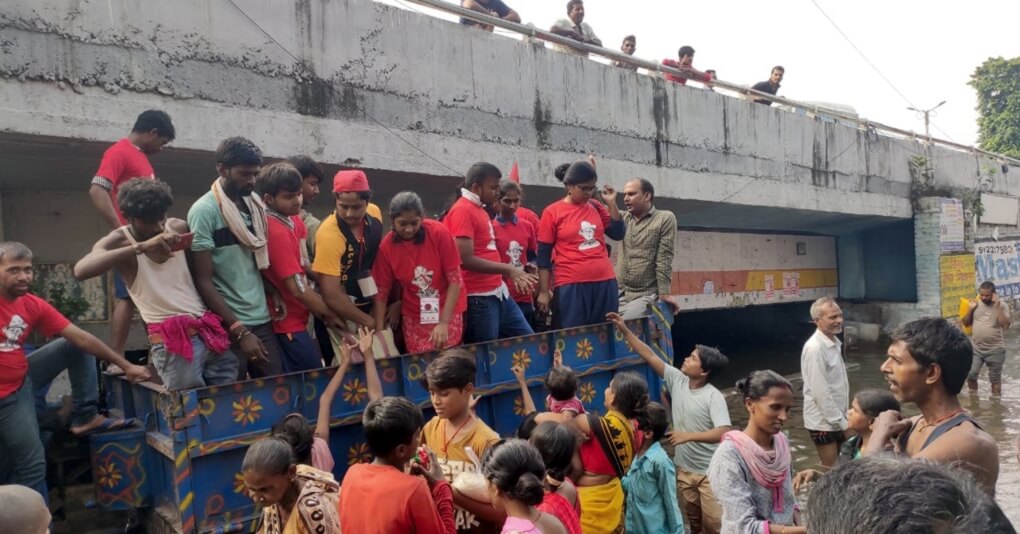 Comrade Kunal also visited Rajendra Nagar and Lohanipur areas on 7 October. He repeated of the immediate need to disinfect and sanitize the entire area which is stinking. The hutments of poor have been devastated entirely leaving them without basic necessities and even cloths.

CPIML MLA Mahboob Alam also told that the Bihar government had not released any funds for the compensation to the victims of the earlier flood havoc in Katihar district and it seems to be the case again in this time of crisis.