COAL workers organized a strike on 24 September 2019 against 100% FDI in the coal industry and other demands. The strike at all subsidiaries of Coal India Limited (CIL) was in response to the joint call by CMWU (AICCTU), CITU, AITUC, INTUC, and HMS. The ruling party BJP-affiliated BMS, being an obstruction to the current workers’ struggle, was excluded from the strike but they called for a face-saving strike on 23 September which received a very poor response from the workers.

The strike by the 5 Central trade unions on 24 September received a massive response from workers at CIL subsidiaries as well as outsourced and contractual workers, who started gathering for the strike from 4 am onwards. At 6 am the attendance rooms at ECL Mugma Area in Jharkhand, all areas of BCCL and CCL, outsourcing and contract attendance rooms wore a deserted look. At many places even the Hazri Babus (attendance clerks) remained absent. All vehicles, dumpers, etc remained standing at the coal depots and loading came to a standstill. At a few places where sporadic outsourcing work seemed to begin, the strike leaders reached the place and ensured total strike. CMWU leaders played a leading role in ensuring total strike. 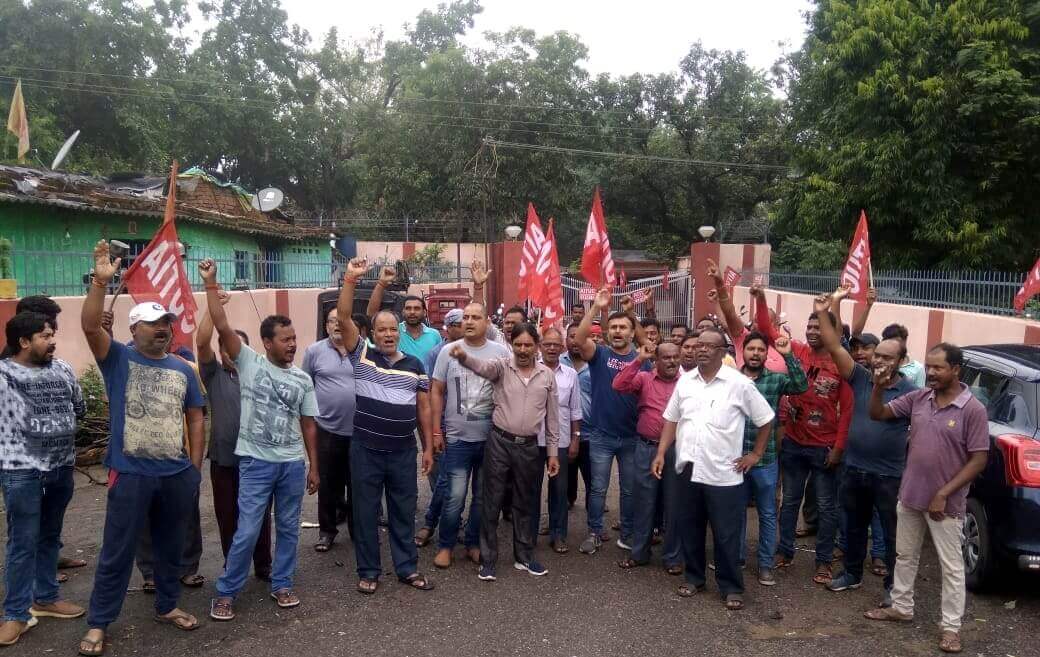 At BCCL the strike was a historic success, with all collieries in most of the areas remaining totally at a standstill with no production, dispatch, electricity, water etc. 60% of the Coal Bhavan staff also joined the strike. This is an unprecedented and historic achievement, as Coal Bhavan staff have never participated in previous strikes. At ECL, collieries in most of the areas were in total strike in which not only CIL workers but also outsourcing and contract workers joined. The same was the scenario at CCL, where regular workers as well as outsourcing and contract workers poured out their anger against 100% FDI and increasing privatization of the coal sector and made the strike a resounding success.

In 2015 the fascist Modi government had passed an Act which gave private companies the right to mine and sell coal. A proposal was also brought in to break Coal India into fragments so that privatization could be facilitated, but pressure from the trade unions foiled this move.

The war against pro-corporate loot and privatization of the coal sector by the fascist Modi government has begun with the historic coal workers’ strike on 24 September. The 3 main demands of the workers are: revoke 100% FDI in coal; merge ECL, BCL and other subsidiaries into CIL which should be the integrated national government coal company; regularize all outsourcing and contractual coal workers and make them permanent employees of CIL.

Protest in Delhi in Solidarity with Striking Coal Workers

Workers from various parts of Delhi gathered at Jantar Mantar to hold a protest-demonstration in solidarity with around 5.5 lakh striking coal workers. The protest demo in Delhi was called by AICCTU to bring people’s attention towards the devastating policies of the Modi government.

Coal sector after its nationalization in 1972-73 has seen immense increase in production from around 79 million tonnes before nationalization of the sector to more than 600 million tonnes, at present. Government undertakings account for 92% of the total production of coal in the country. Coal India Limited – the biggest coal producer in the country and one the biggest in the world has been repeatedly targeted by the Modi government. Even after paying thousands of crores in dividends and reserves (more than 1.2 lakh crores in the last decade), the government is going full throttle to privatise the strategic coal sector. This will not only jeopardize the future of government owned coal companies and its lakhs of employees but also lead to loot of people’s resources at the hands of private miners, followed by lesser revenues for the government. Though there have been casualties during coal production even recently but the saga of unbridled exploitation of workers in the coal mines before nationalization is very well documented. It was only after much struggle and sacrifice by the workers that the government had nationalized the coal sector. The Modi government in its previous tenure had brought the Coal Mines (Special) Provision Act, 2015 – allowing private companies to mine and sell coal in the name of ‘commercial mining’, which had hitherto not been the case. This step effectively paved the way for unhindered privatization of the coal sector, undoing and overlooking the achievements of nationalization.

Coal – a mineral wealth which takes millions of years to form, would now be appropriated by private companies for profit, said Santosh Roy, President, AICCTU Delhi. He added that in 2017 the notorious think tank - Niti Aayog had proposed breaking up of Coal India Limited (CIL), the biggest coal producer in the country in five different entities. The proposal was then rejected under tremendous pressure from the trade unions, but buoyed by a second resounding mandate the Modi government has announced its plans for breaking CIL into five companies again. Four of Coal India’s biggest production units (Mahanadi Coalfields, South Eastern Coalfields, Northern Coalfields and Central Coalfields) as well as its exploration arm – CMPD would be taken away from Coal India Limited and formed into separate companies. This is being done in the name of increasing ‘competition’ when CIL is already doing excellent job as a Maharatna company. The government is using similarly flawed logic in privatising Indian Railways and selling stakes in major PSUs. Nirmala Sitharaman, the finance minister who chose to capitulate before corporate pressure in giving tax subsidies, had already mentioned a target of raising Rs 1.05 trillion in 2019-20 through divestment of stakes in public sector companies during presentation of budget. 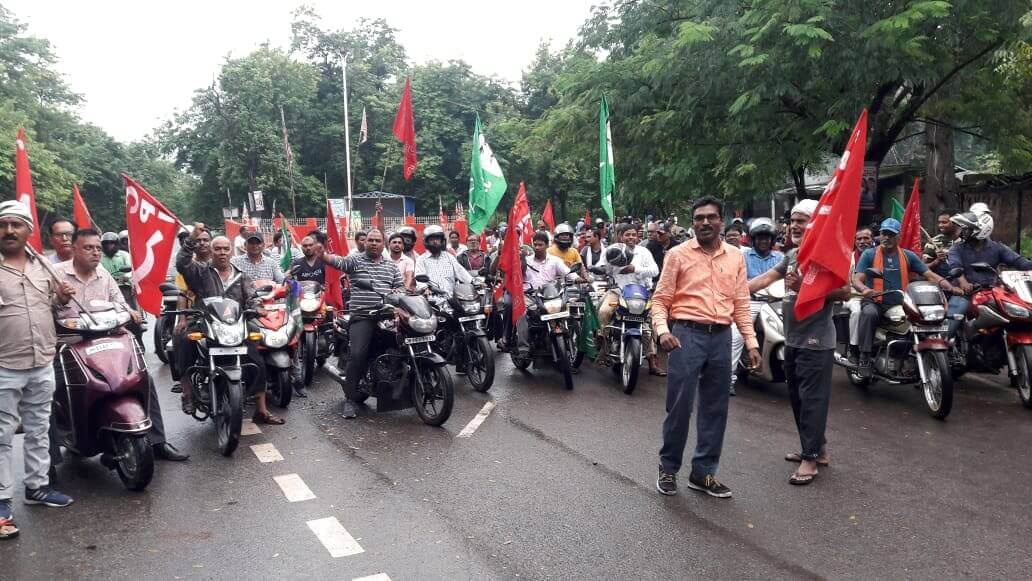 Shweta Raj, Secretary, AICCTU Delhi said, “The government keeps itself busy with organizing heavy budget PR events like ‘Howdy Modi' causing much wastage of public money, while these companies keep giving dividends and revenues to the government. Modi has nothing to say about economic gloom, communal violence and lynchings and is instead indulging in PR events funded by taxpayers' money like the ongoing 'Howdy Modi' event. Public sector companies are being ruined by government policies. This government is by the corporates, of the corporates and for the corporates, it is selling precious resources to private companies, at the cost of the common people’s welfare. Coal India and other government owned companies give jobs to millions of people, after these companies are privatized, these opportunities will be lost. There will be no job reservations in private companies.”

She further added that it is worth mentioning that while shouting continuously about nationalism, the Modi government is actually selling the 'nation'. AICCTU and other trade union organizations in coal sector have said that workers are determined to fight the anti-people policies of the government - this strike is just the beginning.

2.7 lakh regular CIL workers and 2.25 lakh outsourcing and contract workers all over the country participated in the strike on 24 September during which 1470 mines and 600 institutions remained shut. This spirit of the militant strike again reverberated on 30 September in the National Workers’ Convention at Parliament Street in Delhi which was attended by all sections of Indian workers who gave a call for an All India General Strike on 8 January 2020.