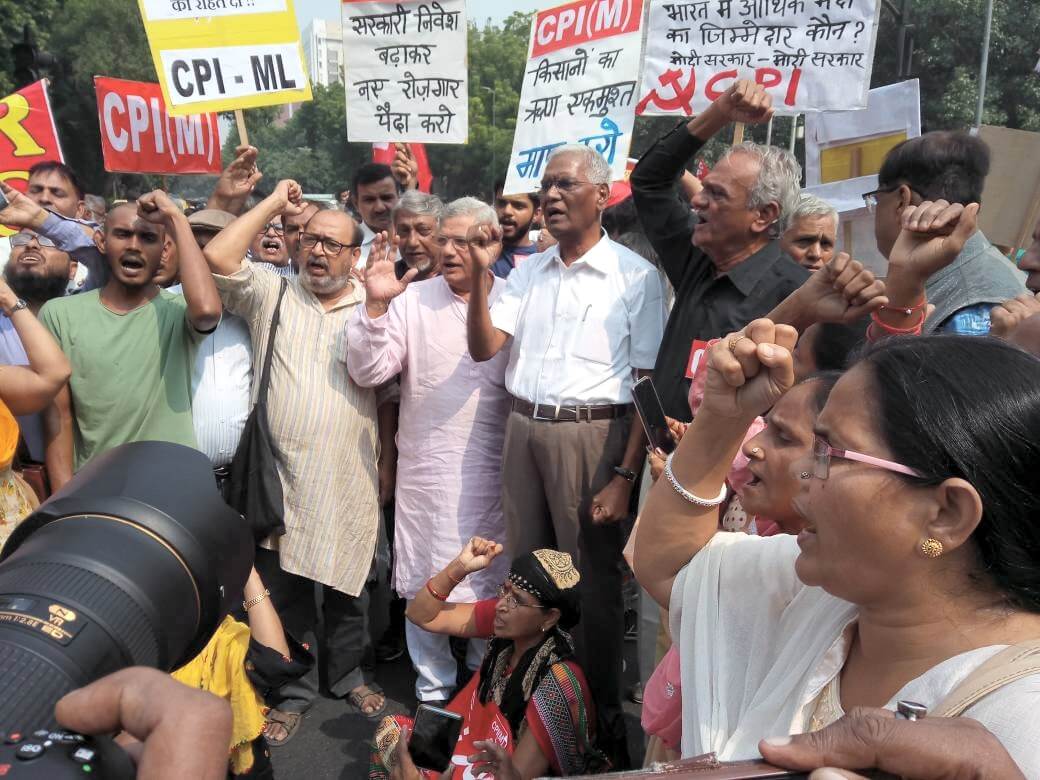 LEFT parties concluded their week long campaign against Modi government’s economic policies and attacks on livelihoods of common people on 16 October in impressive mass mobilisations at many centers of the country. Rallies and protests were held on this day in all state capitals and big cities involving lakhs of people mainly from the downtrodden sections of society who are most adversely affected by the Modi regime. All major leaders of left parties took part in these protests and demanded a roll back of policies resulting in a severe Modi-make economic slowdown, high prices and loss of jobs. They demanded to stop transferring national wealth to the big monopoly corporates, rich and wealthy at the cost of the people and instead increase the expenditure on employment generation and public welfare schemes to stop the economic slowdown which was triggered by the twin evils of demonetisation and GST.

The protesters specifically raised the demands of increased public investment to generate employment, unemployment allowance, minimum wage of Rs. 18,000 per month, monthly living wages for the large number of workers who have been terminated due to economic slowdown, to stop privatization of the Public Sector undertakings, withdraw 100% FDI in defence and coal sectors, halt the large scale privatization of BSNL, ordnance factories, Indian Railways, Air India etc, enhanced allocations for MGNREGA to ensure the payment of past dues and for providing a minimum of 200 days of work at the designated minimum wage, a one-time loan waiver to the farmers to meet agrarian distress, stop growing farmers suicides and announcement and implementation of the minimum support price one and half times higher than the input costs, and to raise minimum monthly old age/widow pension to Rs. 3000. 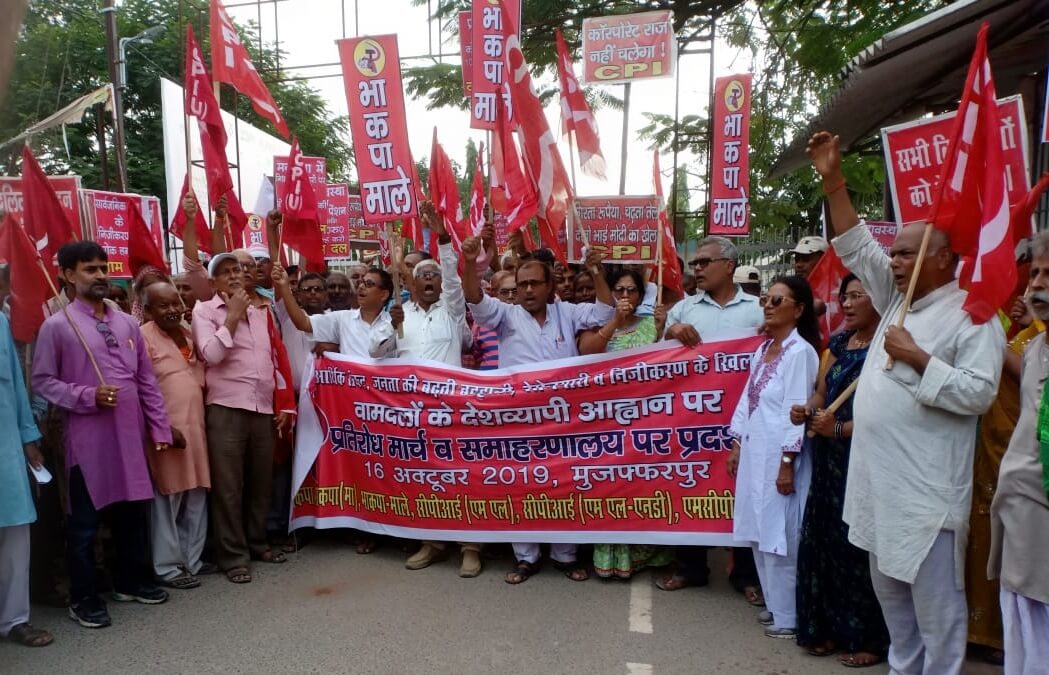 During the week since 10 October left parties jointly held campaigns in all states in various forms ranging from propaganda pamphlets to street corner meetings and general mass contacts and rallies. 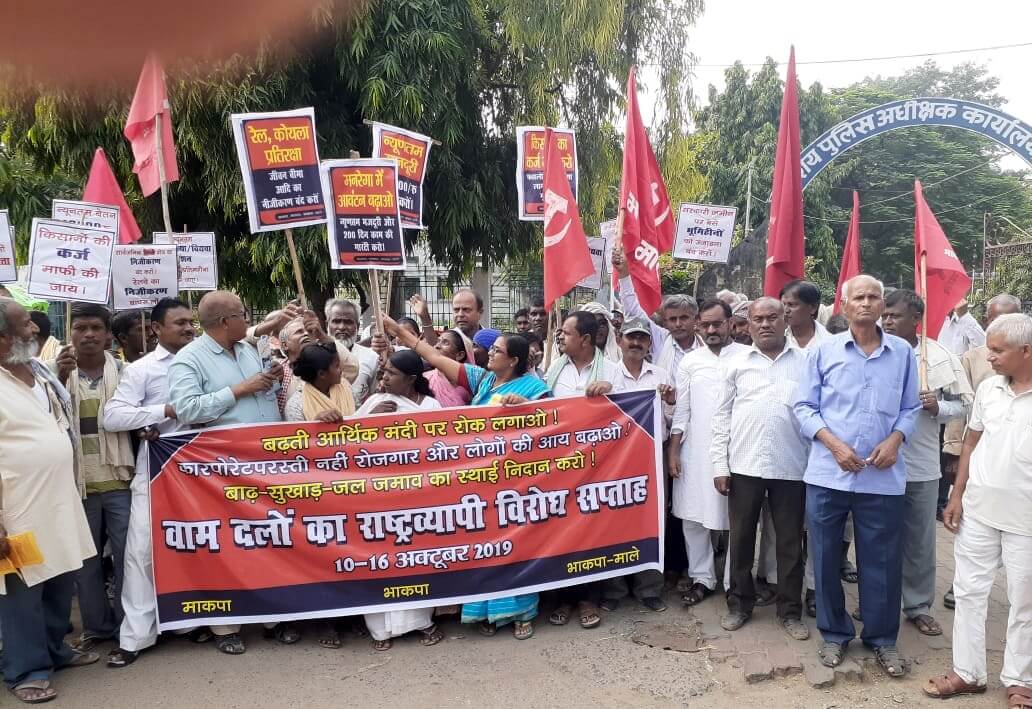 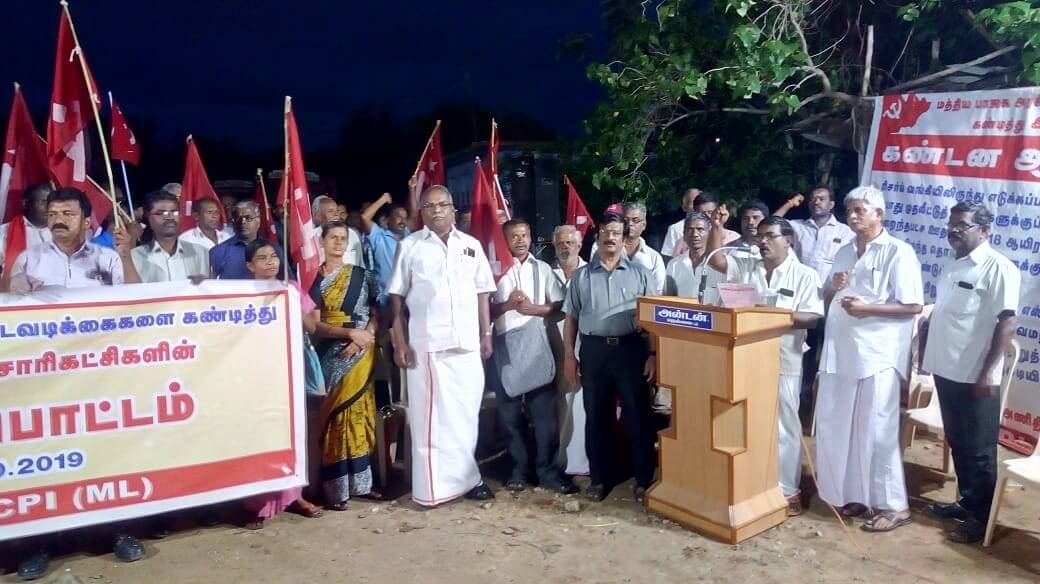 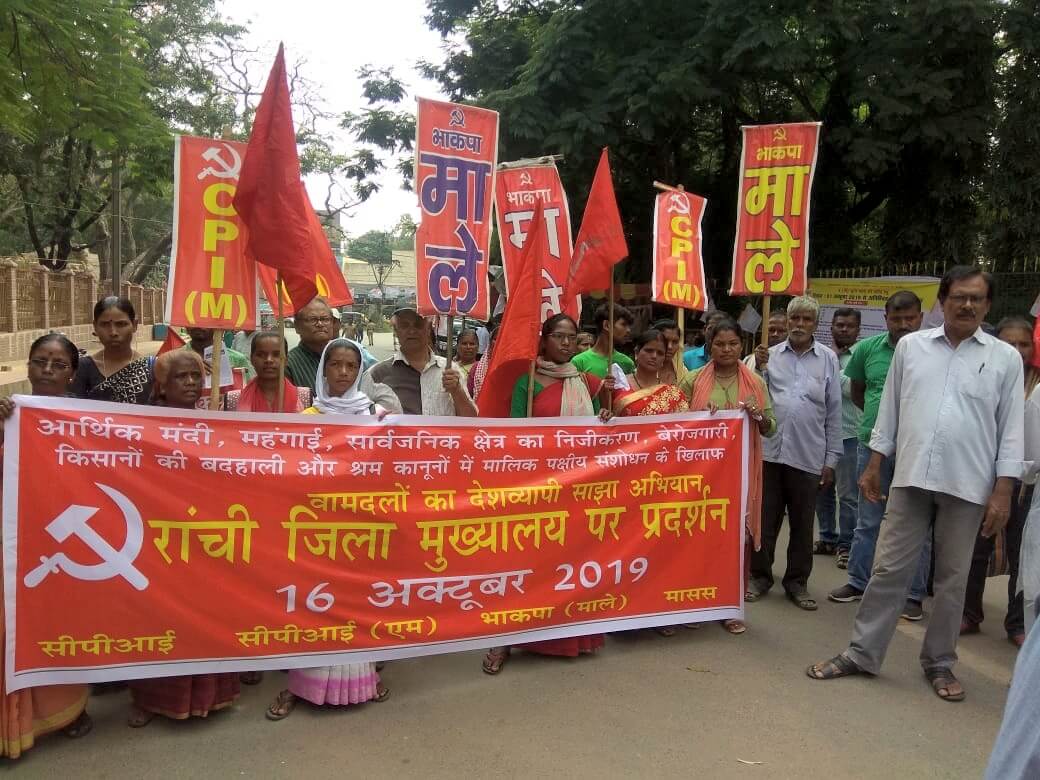 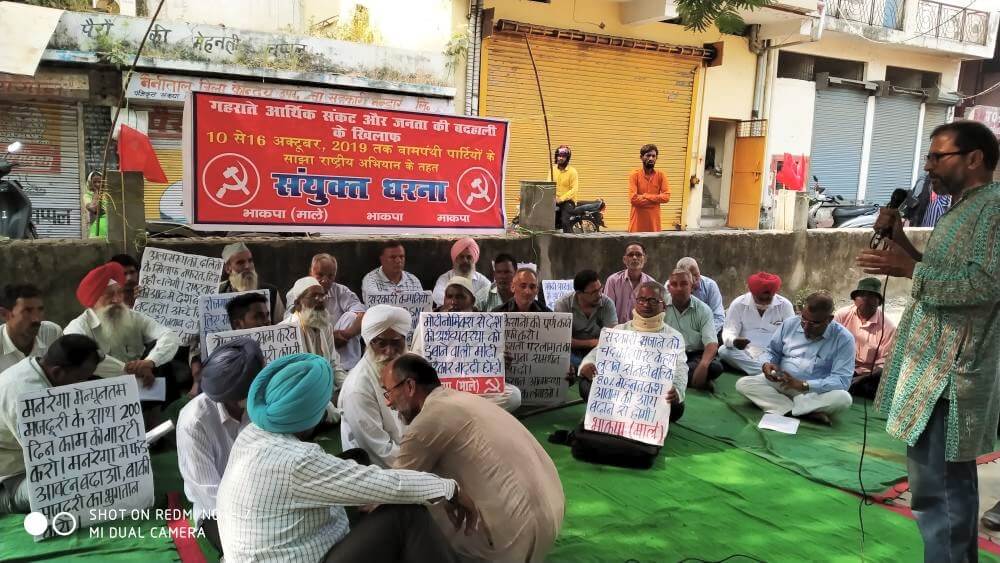 In Dehradun at protest sit-in was organized on 14 Oct. and another was held in Rudrapur, dist Udham Singh Nagar of Uttarakhand on 16th October. 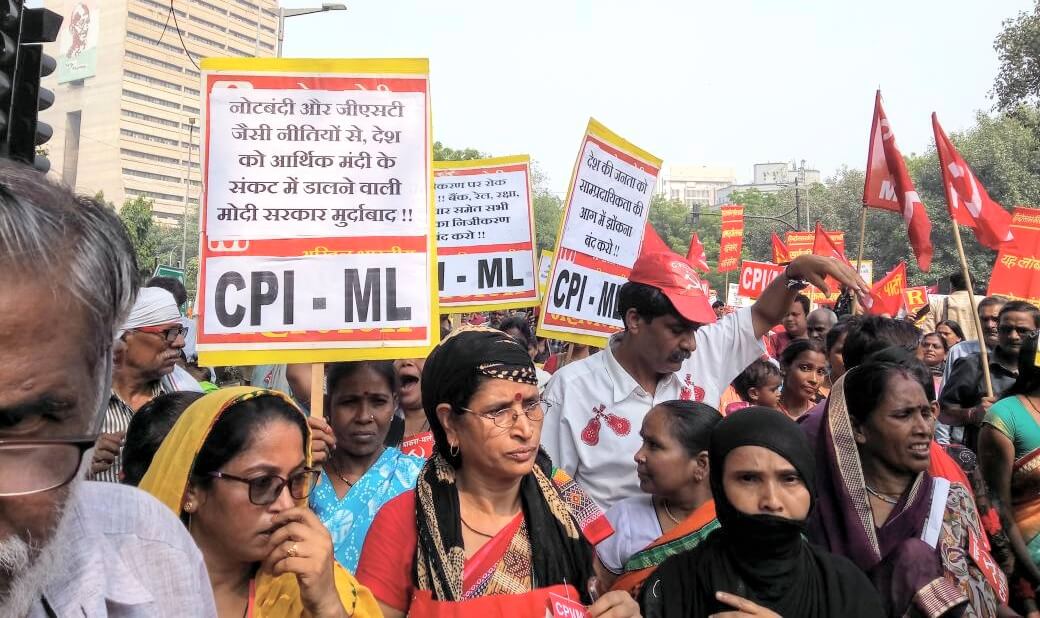 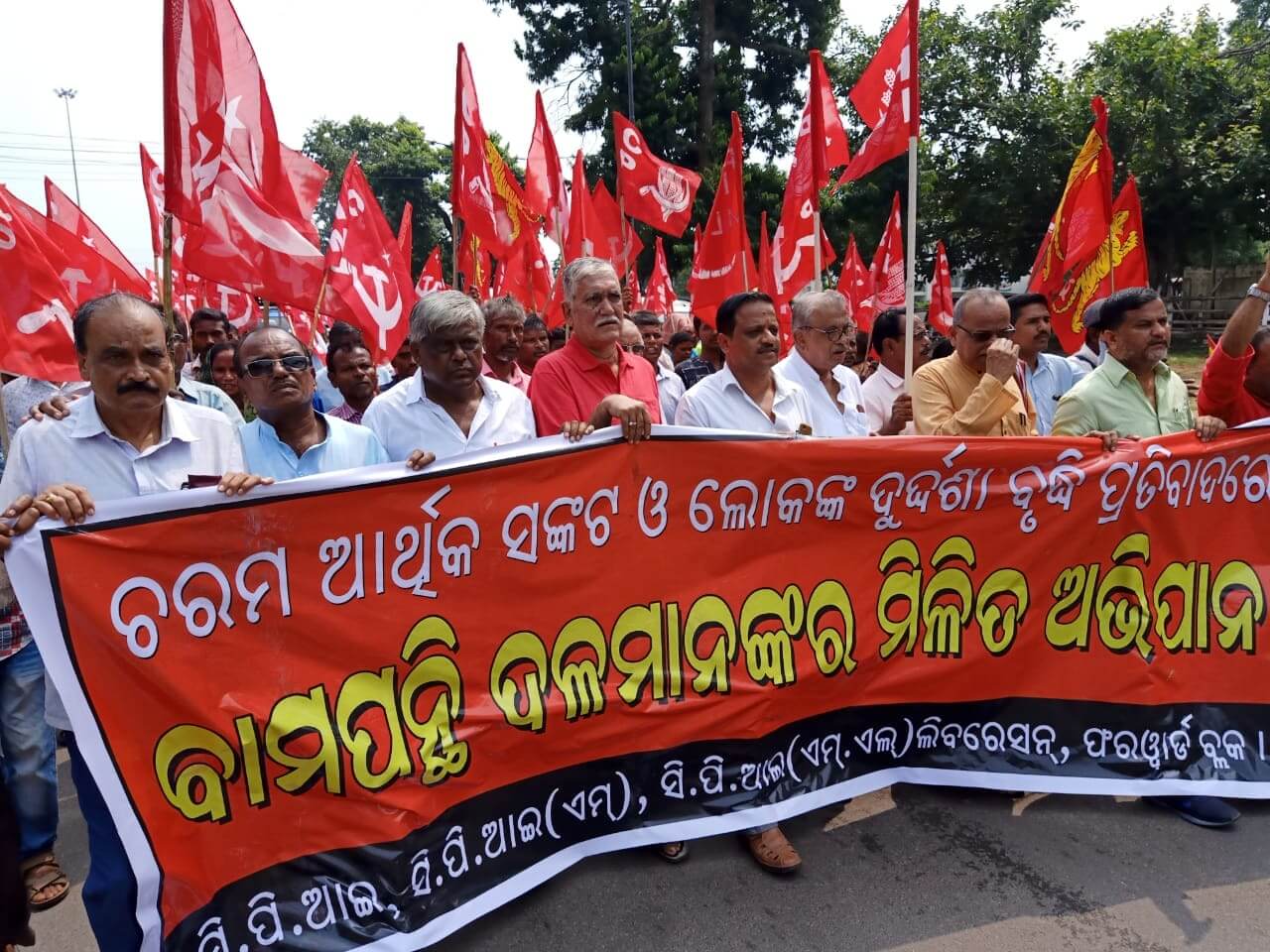