Floods and Water Stagnation in Bihar 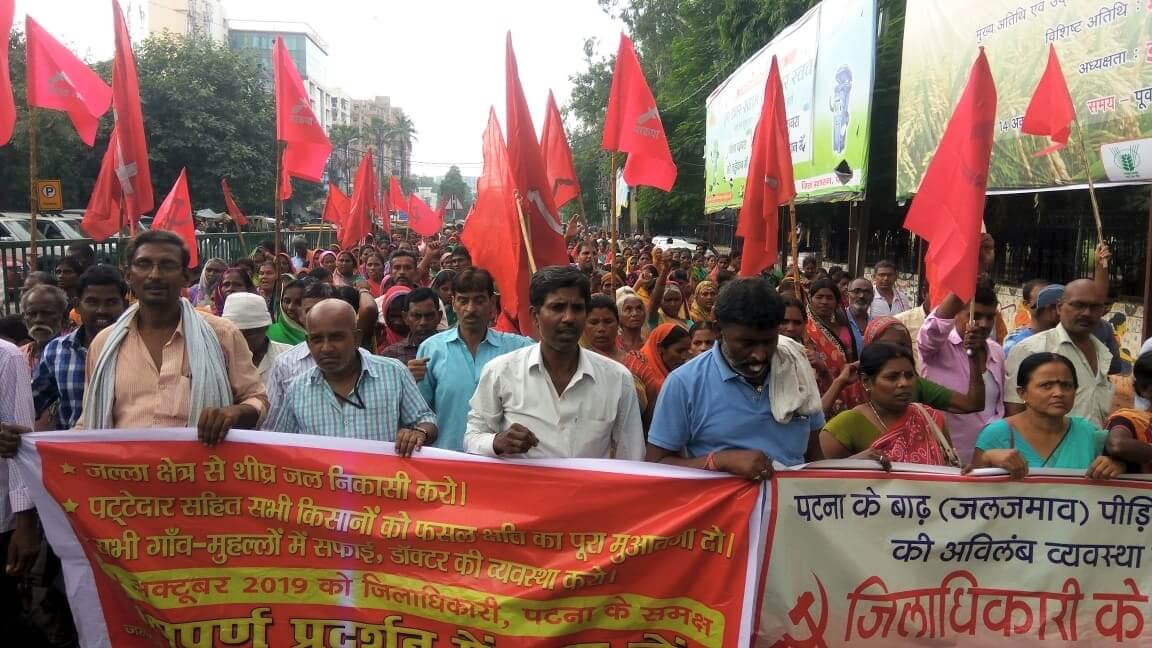 WHEN the entire State was in the grip of disastrous floods and capital Patna was paralyzed by water stagnation, BJP and JDU are engaged in shadow boxing against each other in order to divert people’s attention and shirk responsibility and avoid accountability for the disastrous situation. BJP leaders were trying to shift all the blame to the JDU and project themselves as clean of all blame, whereas for the past 15 years the Department of Urban Development has been with the BJP and for the past two decades all four Assembly seats of Patna have also been with the BJP. The Patna Municipal Corporation is also under BJP rule. How then can the BJP say that it is free from blame for this terrible situation today? The BJP should be ashamed of itself, but instead even in this difficult hour they are busy trying to inflame passions and incite riots. And when people in the state are facing the brunt of governmental apathy towards millions of flood victims, the communal forces incited violence in Jahanabad on 10 October where the role of district administration is under scanner, expresses the real face and intensions of these two parties in Bihar.

CPIML Bihar Secretary Kunal has said that after the Mashrakh mid-day meal episode and the encephalitis deaths, now the floods have once again exposed the failure of the government’s disaster management. The government says that it had informed the people before the possibility of the disaster. But the question is, is giving information the only responsibility of the government? When the government knew beforehand of the imminent disaster, why did they not make arrangements of any sort? This is a case of serious criminal negligence. 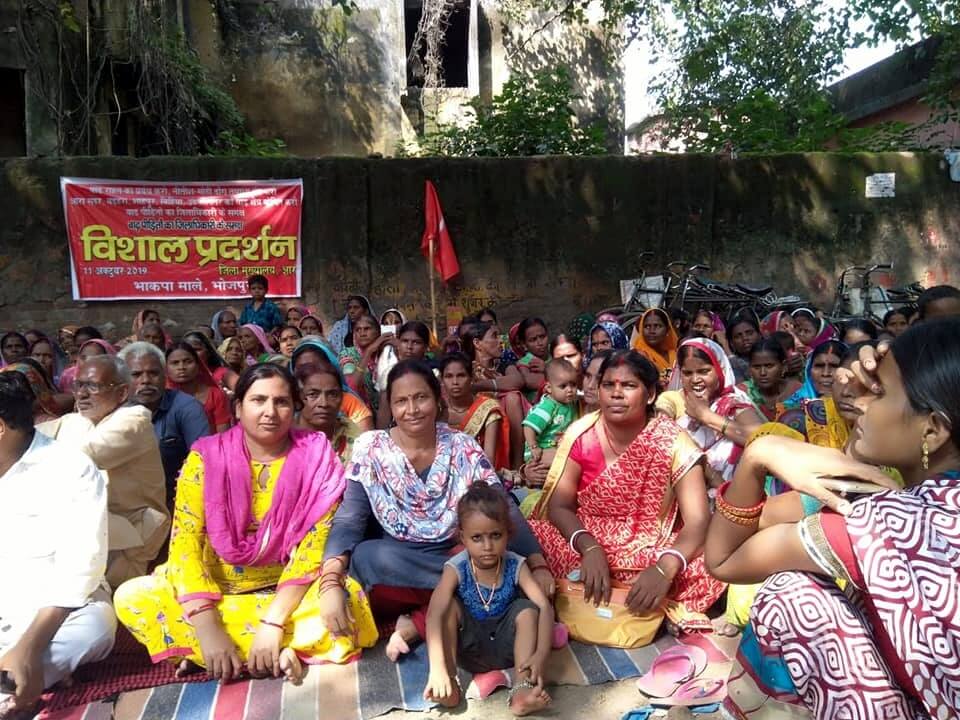 On the other hand, while the government’s disaster management failed so miserably, the students, youth, and common citizens of Patna took this responsibility on their own shoulders. Many organizations including the CPIML, AISA, RYA and others carried on relief operations for several days, conveyed stranded people to safe places and distributed essential materials. The areas in Patna where these relief operations were carried out included Mahmudichak, Lohanipur, Ranipur Paijawa in Patna City, Bind Toli in Digha and many other mohallas of the poor. Bhagat Singh Yuva Brigade activists along with CPIML also organized and carried out relief operations in Bhojpur, Katihar, Begusarai, Patna Rural and other Districts.

Kunal said that water stagnation continued for many days after floods in many places. The government has admitted that dengue, chikunguniya and other diseases are on the rise, but the initiatives taken to address this issue are very poor and inadequate. The number of ICUs at hospitals in Patna and all District HQs had to be increased but this was not done. Separate dengue wards needed to be created in hospitals, and blood and other necessities might be arranged so that people get proper and timely treatment. But the government failed. 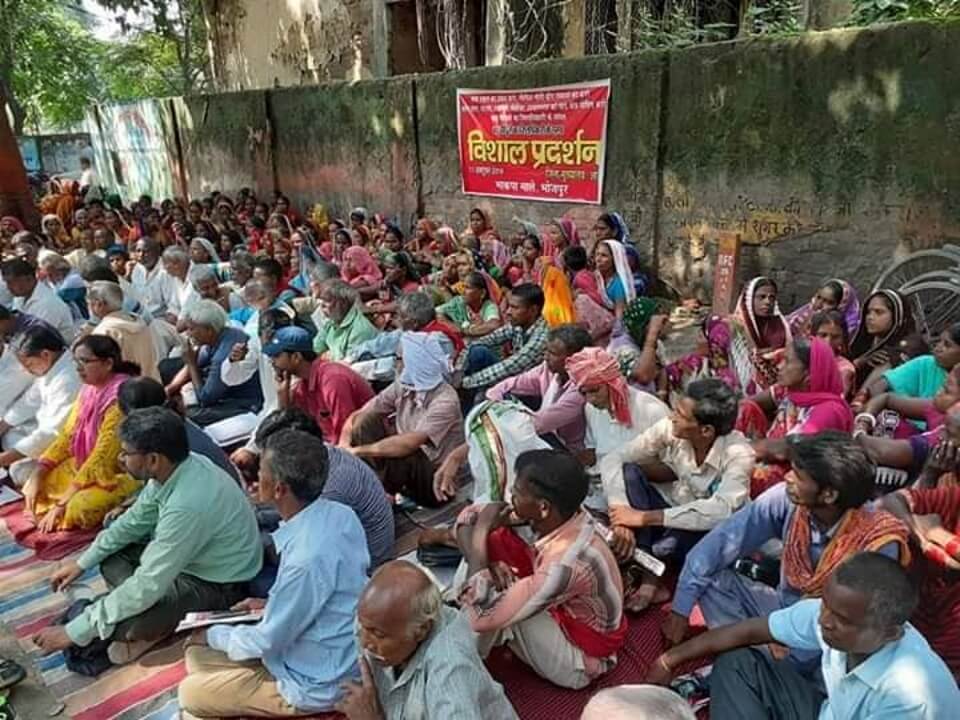 The State Secretary also said that compensation should be arranged for flood-affected people not only in rural areas but also for the urban poor. Apart from Patna Araria, Bhagalpur, Purnea, Katihar, Bhojpur, Patna Rural have been very hard hit by the floods. People who were affected by the earlier floods that occurred in the month of August still have not received any compensation. The government is paying no heed to them although there was considerable loss of life and property.

Amidst the dearth of medical facilities for the flood affected, particularly among the poor sections and localities, the Insaf Manch in association with Dr. Kafeel Khan’s Mission Smile Foundation organized a medical camp at Bind toli where hundreds of children got a free medical checkup and medicines on 11 October. People in Bind toil have been stranded amid flood waters from all sides where administration had not yet reached with any kind of help. Similar camps were organized at four places one been held at Rahmatnagar and Ishapur of Fulwarisharief.

The Bihar CPIML has also held protests to demand relief and compensation in front of the Collector’s office at Bhojpur on 11 October and at Patna on 14 October. Similar protests were also organized in various other Districts.

Thousands of poor flood affected people gheraoed the Patna DM on 14th to demand 50 Kg foodgrains and a minimum of Rs. 6000 immediate compensations along with special relief packages for those areas which are most affected by the floods like farmers of Jalla, and people in Kurji Bind toli and Ranipur areas. Protesters also demanded immediate health camps, spraying of insecticides in all localities, supply of pure drinking water mainly in poor localities who are most deprived. They also reiterated their old demand for pukka houses for all poor under the urban housing scheme. The protest was led by comrades Abhyuday, Ranvijay Kumar and Rambali Prasad.

The CPIML leaders submitted to the DM a list of 22 localities where these demands are required urgently.

In many rural parts the flood waters have become stagnated and needs to be drained otherwise this will prevent farmers from sowing crops resulting in further economic losses. The cattle are also facing shortage of feed which must now be provided by the government. Building of damaged roads is also an important task for the government.

The CPIML has strongly condemned the fact that the government utterly failed to send relief in areas inhabited by poor, dalit and other oppressed castes. 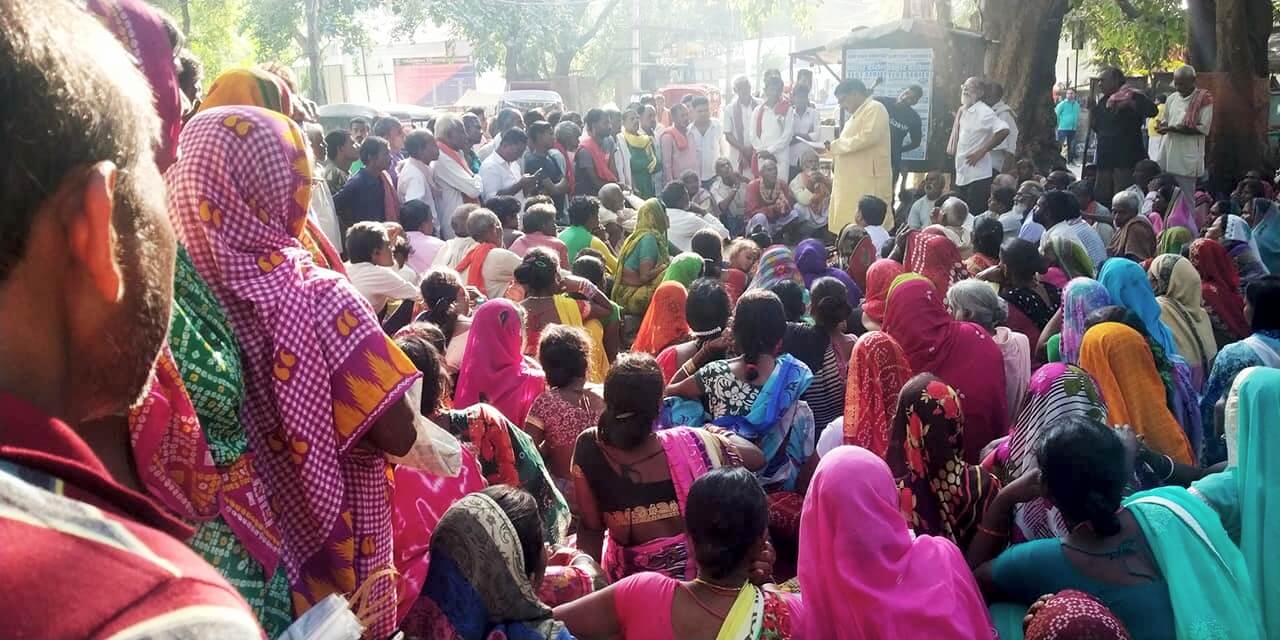