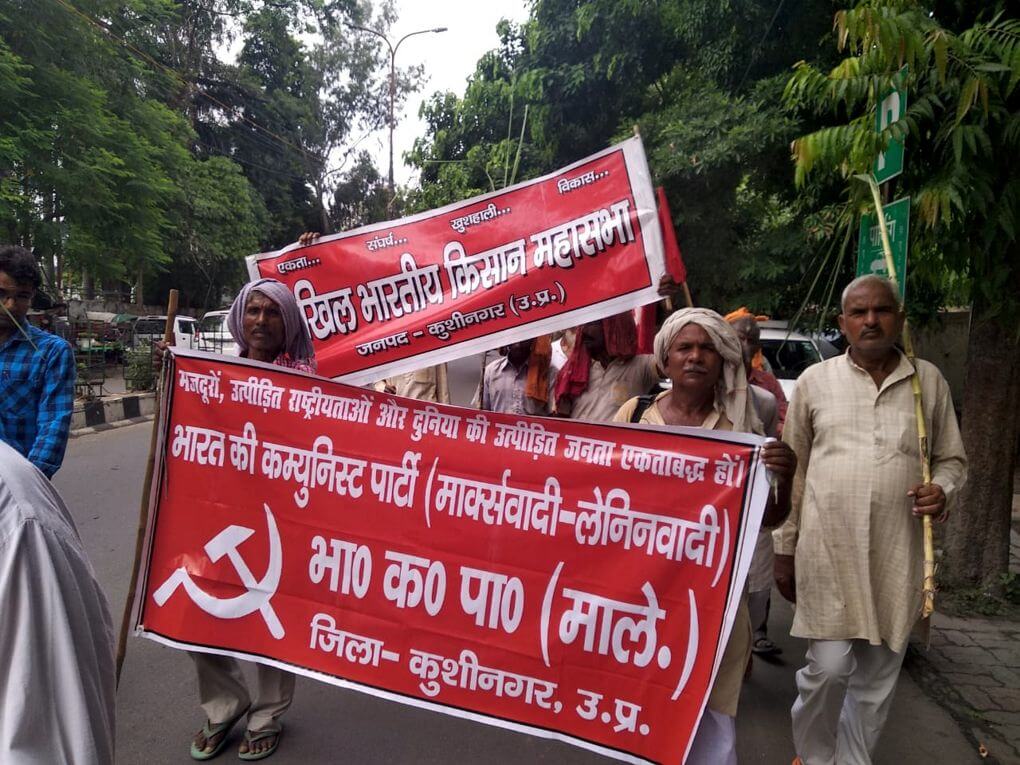 SUGAR cane farmers from Kushinagar (UP) led by the All India Kisan Mahasabha protested in front of the Sugar Cane Commissioner at Lucknow on 16 September 2019 and submitted a memorandum.

Addressing farmers at the farmers’ institute, Kisan Mahasabha State General Secretary Ishwari Prasad Kushwaha said that the Modi-Yogi governments are corporatizing agriculture. Despite all tall claims by the government, billions of rupees payment is still due to farmers. Speaking in support of the Bijnore sugar cane farmers’ struggle, he said that the government should not mistake the farmers’ patience for weakness. The government is constantly cutting the agrarian budget and it is a complete lie to say that farmers’ income has doubled. He pointed out that a major cause for economic recession in the country is neglect of agriculture and reduction in purchasing power of farmers. The Modi-Yogi governments, instead of addressing crucial issues, are fomenting hatred and divisiveness among farmers. He demanded that the Uttar Pradesh government should make clear their policy for purchase of sharecropper farmers’ crops. 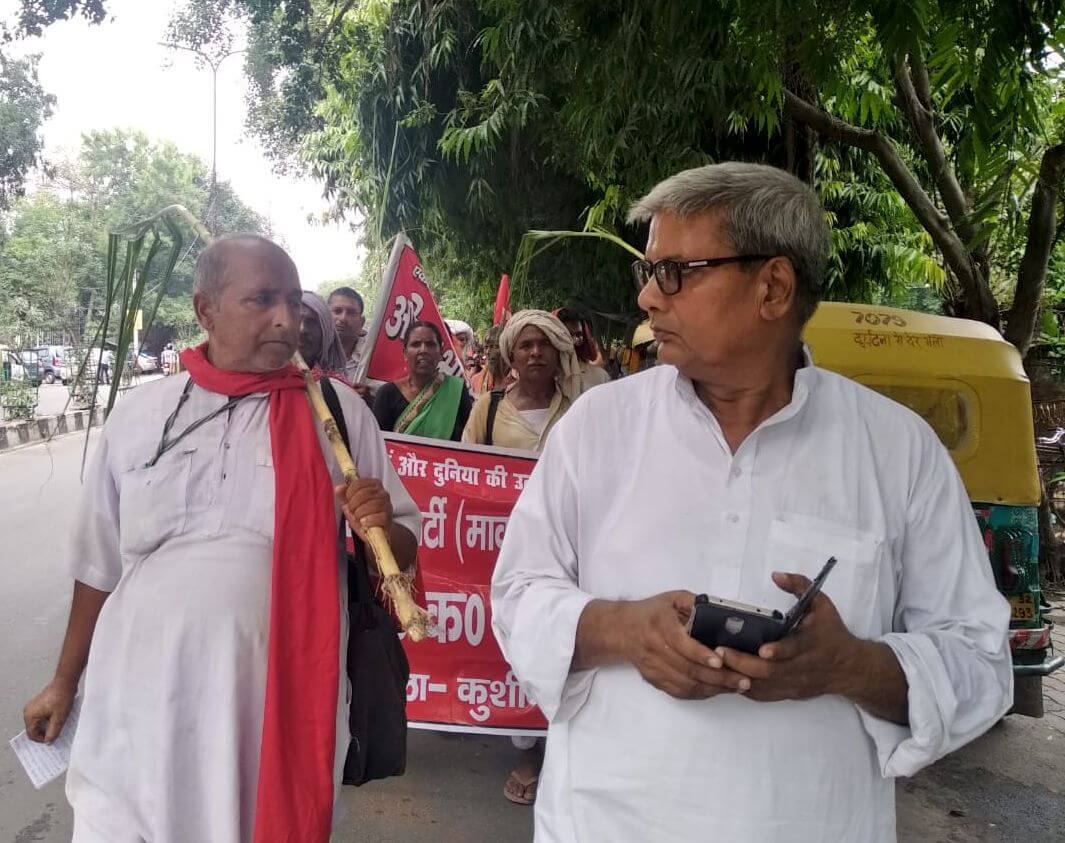