Seminar on “Constitution, Democracy and Jammu & Kashmir” held in Bengaluru

A day-long seminar was held at was held on 8 September 2019 at Jai Bheem Bhavan in Bengaluru to discuss the situation prevailing in Kashmir. Kavita Krishnan, CPI(ML)(Liberation) and AIPWA, who visited Kashmir between 9-13th August, 2019, described the prevailing situation there as a “prison” though the government and media channels claim normalcy. The Kashmiris that they spoke to, while expressing their rage, exclaimed that “Article 370 was like a marriage contract. Now that India has ended the relationship, they can only keep us through military force”. She termed the blockade that has been on going for more than a month as a war against people and a human rights violation. She also decried the discussion about Kashmiri women as commodities. 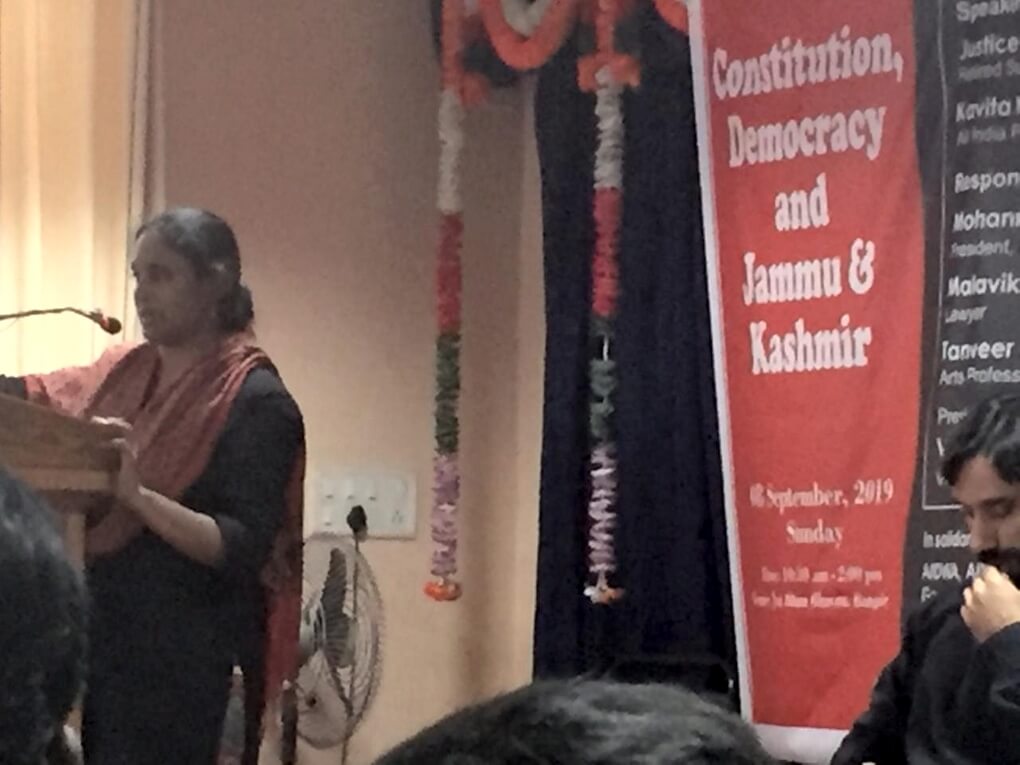 Justice (Retd.) V. Gopala Gowda stated that the Supreme Court has clarified that Article 370 is a permanent feature of the Constitution, which cannot be unilaterally abrogated. Article 370 was violated in that the mandatory consent of the constitutional assembly was not taken before its amendment. This amounts to a violation of the terms of the Instrument of Accession, which were the conditions upon which Kashmir agreed to become part of India. He asked that if the government is so concerned about empowerment of Kashmiri women, then why is there no law for 50% representation of women in parliament and judiciary? He stated that federalism has been held to be part of the basic structure of the Constitution, and the reorganisation of the state through a presidential order violates this principle. Justice Gowda stated that Kashmir has a much more progressive reservation policy for SC/STs.

Mohanraj from the Dalita Sangharsha Samiti (Bheemavada) said that the abrogation of Article 370 is a problem not just for Kashmiris, since this is an indication of the government’s lack of respect for the Constitution. He warned that today we are afraid of what this government may do, because we don't know if the nation will continue to exist the way it does, as this government wants one nation - one religion and one nation - one election. 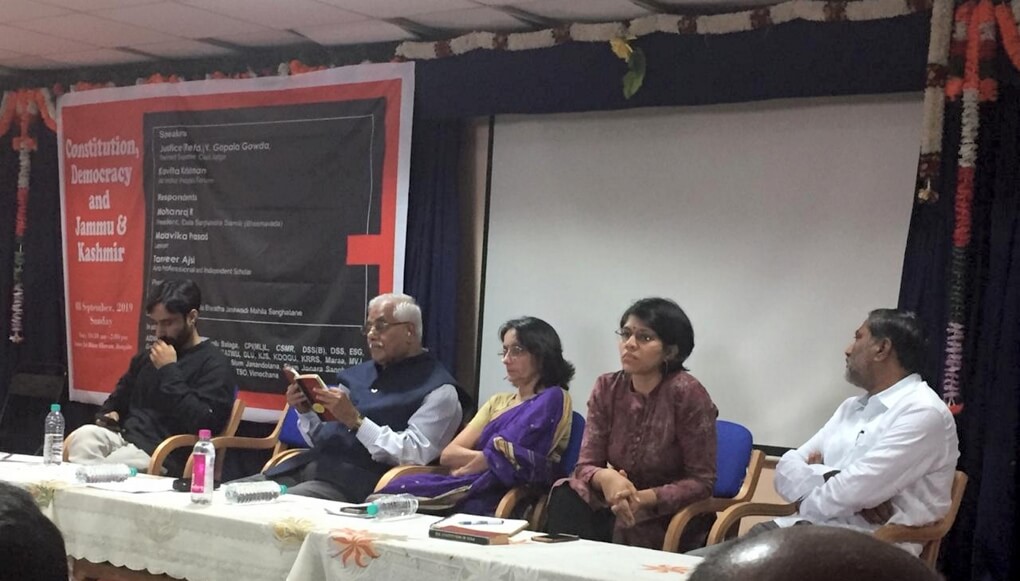 Advocate Malavika Prasad said that the change of status of Article 370, under a complete communication blockade, is one of the strongest cases of unconstitutionality. She said that the law is not just about justice, it is about power. Federalism is a negotiated compromise between the union and the people who live in these states. This move of the Government is in disregard of the people’s right to consent to changing circumstances.

Tanveer Ajsi, Arts Professional and Independent Scholar said that both ‘Constitution’ and ‘Democracy’ as practiced in India have been used as a weapon against Kashmiris by government and judiciary. He asked the audience to imagine living in those conditions. 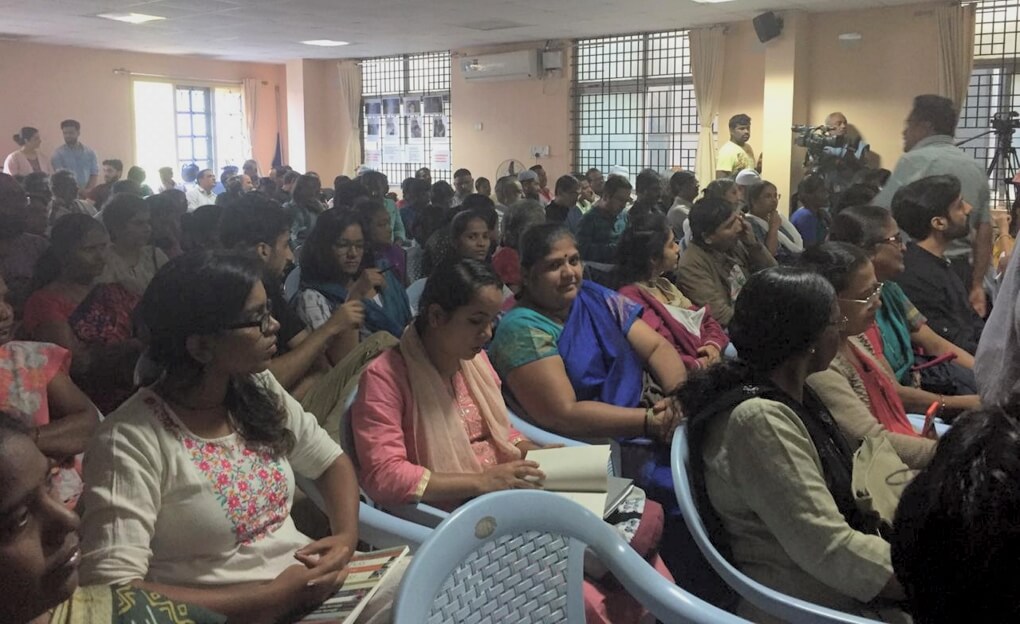