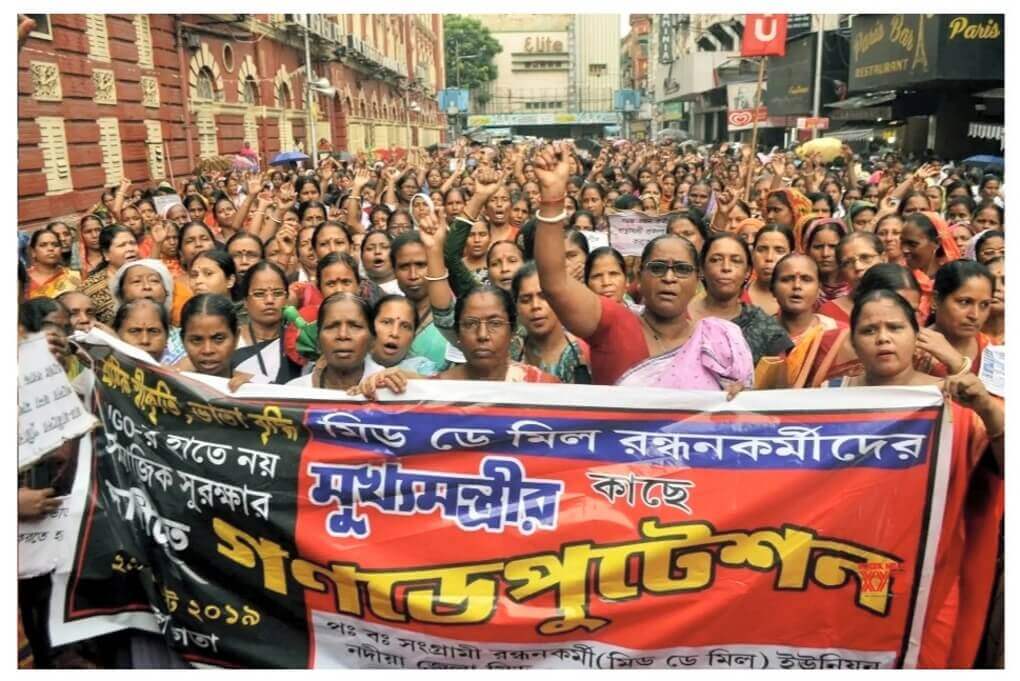 DEFYING heavy rain and inclement weather, thousands and thousands of Mid day meal workers' marched through the main thoroughfare and two rallies, one from Sealdah & the other from Howrah Station culminated at Hogg Street, adjacent to the main building of Kolkata Municipal Corporation, where this massive gathering took place.

The leaders of the Paschim Banga Sangrami Mid Day Meal Union and Nadia District MDM union addressed the gathering, and said, the Central Government has allotted a paltry sum of Rs 4.48 and Rs 6.71 in primary & higher secondary schools respectively. It is not possible to serve nutritious meal to the school children at such a meagre amount. The MDM workers get a paltry sum of Rs 1,500 per month, sans social security and other benefits. The Central govt is reducing the budgetary allocation every year, and at present is conspiring to hand over this project to non government agencies. 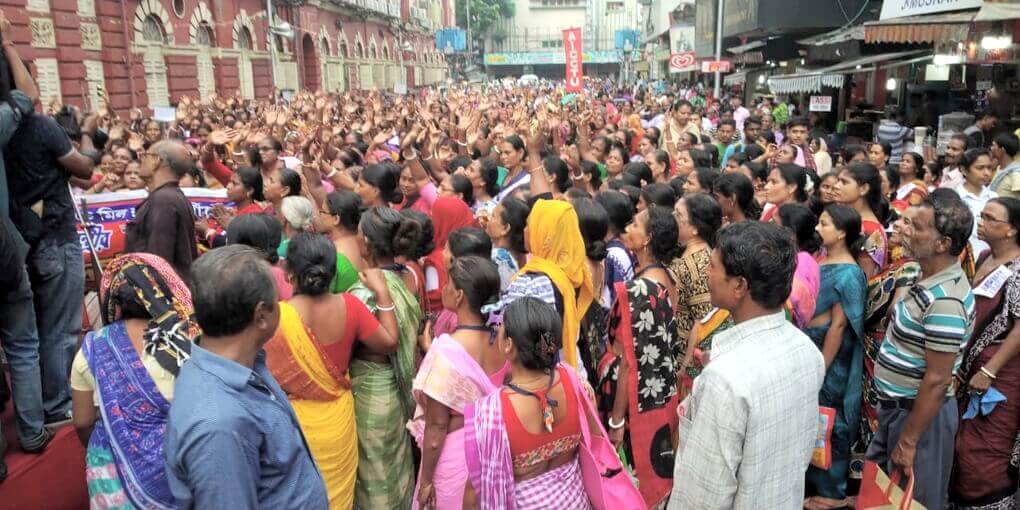 It was informed earlier that a memorandum would be submitted to the Chief Minister of the State. The State Govt duly informed the union that on behalf of the CM, the education minister shall meet the delegation at the state assembly and accordingly a 5-member delegation team met Sri Partha Chatterjee, the MIC Education. Jaysree Das and Mina Pal (who are Secretary and President of the All Bengal Sangrami MDM union), Krishnagopal Das and China Sk (from the Nadia district MDM union), and General Secretary of state AICCTU Basudev Bose comprised the team that went, submitted and discussed the matter with the minister.

Many MDM workers expressed their predicament amid the heavy downpour, and vowed to continue their struggle until their demands are met. Nabendu Dasgupta, state leader of AICCTU presided over the meeting. The cultural team of Paschim Banga Gana Sanskriti Parishad, Nitish Roy and Babuni Majumdar sang revolutionary songs that aroused the fighting MDM workers .