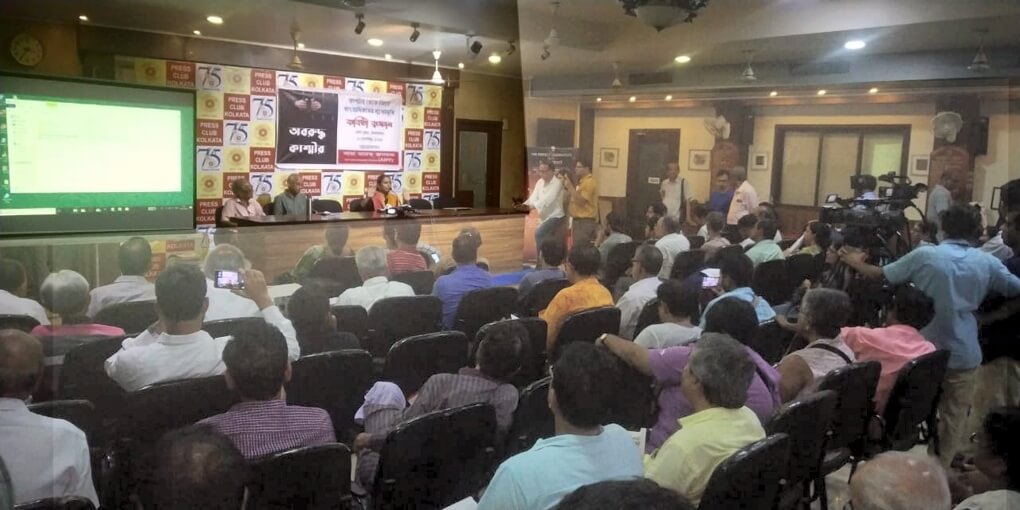 KAVITA Krishnan, Campaign Committee Member of the All India People’s Forum (AIPF) and Politburo member of CPIML addressed a Press Meet on 6 September at the Kolkata Press Club on the continuing Kashmir lockdown. Between 9-13 August, she had visited the Kashmir Valley along with economist Jean Dreze, Maimoona Mollah of CPIM, and Vimal Bhai of NAPM. A booklet including this team’s report was released at the Press Meet, and a video-report prepared by the team, titled ‘Kashmir Caged’ was screened.

Kavita Krishnan said that the Modi Government must be held accountable for military dictatorship in Kashmir. In Kashmir now, there is no elected representation, no free press, no free speech; there is indefinite illegal arrest and detention of political leaders and activists as well as of young children and men; foreign journalists are prevented from reporting from the Valley; doctors speaking of the crisis of life-saving medicine and treatment in the Valley are arrested; and torture is rampant.

The lockdown on communications (phone and internet) is not a “minor inconvenience” - it is a grave violation not only of India’s own Constitution but of international human rights conventions. It violates the right to life and the right to dignity. Cutting off phone and internet connectivity in the 21st century is akin to cutting off water and electricity. It is a crime against humanity. Lack of internet has prevented poor patients from availing of subsidised dialysis in hospitals; the clampdown has resulted in shortage of medicines. 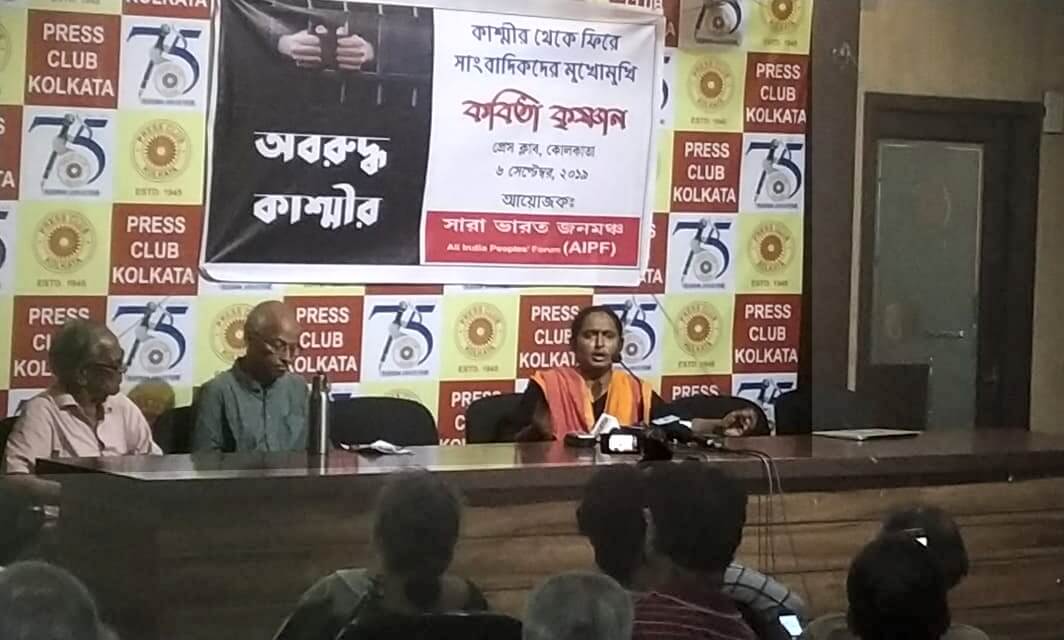 She added that what should also concern us as citizens of India is also the attitude of the Supreme Court. The refusal of the Supreme Court to admit a petition challenging the unconstitutional nature of the lockdown is of grave concern. The SC which passed urgent orders on frivolous and mundane matters relating to parking in Delhi, took 5 days to hear a habeas corpus petition - and then, instead of demanding the production of the detained person and verifying if the detention was legal and constitutional, chose to ask a Left leader to go to the Valley and imposed restrictions on political activity during the visit! Of course, in Kashmir, this has been the manner in which habeas corpus cases have routinely been handled. The SC’s conduct is reminiscent of the infamous ADM Jabalpur case where the apex court chose to justify the restrictions on civil liberties during Emergency.

She noted that as part of India’s diplomacy campaign on Kashmir, the Indian Ambassador to the USA Harsh Shringla met far-right racist and islamophobic ideologue Steve Bannon, and even tweeted calling Bannon a “Dharma Warrior”. This tweet (later deleted) indicates the growing connections between the RSS brand of fascism, and international white-supremacist, racist, and Islamophobic networks.

She also touched on the massive humanitarian crisis created by the NRC list in Assam. She said the Assam experience, where millions of poor persons, especially women and children, are facing statelessness due to the bureaucratic and cruel NRC exercise, must serve as a warning. We must strongly resist the extension of NRC to West Bengal and the rest of India.