Stand with Kashmir, Fight for Federalism and Democracy 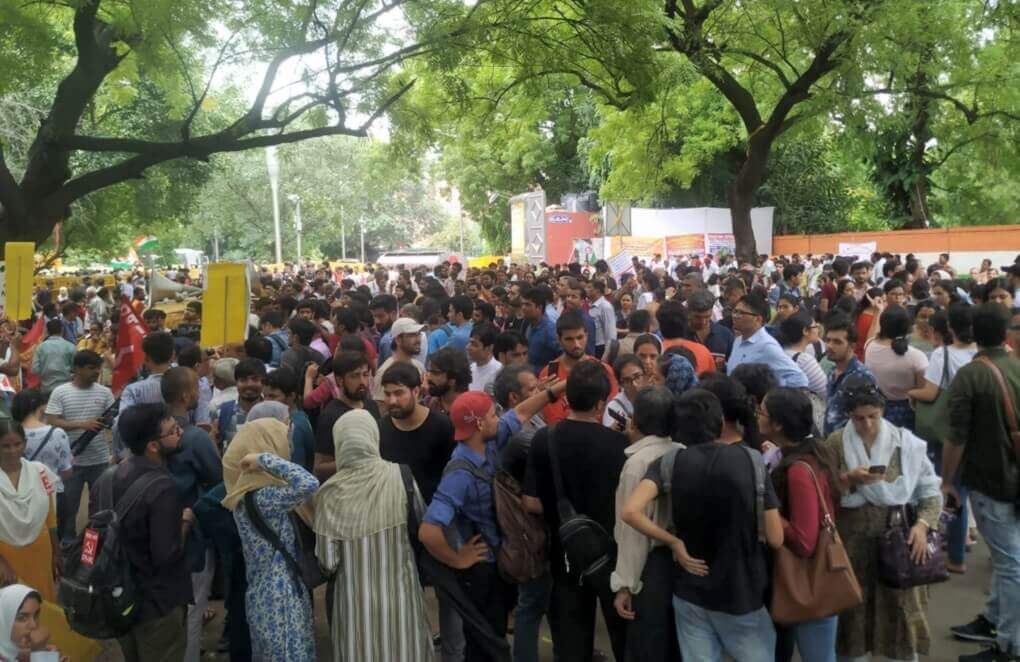 WITH the revocation of Article 370 and the annihilation of the erstwhile Jammu and Kashmir state, the Modi-Shah government has given us a substantive glimpse of its Mission Kashmir game plan. Abrogation of Article 370 has been a long-standing item on the RSS agenda and the BJP claims that the people of Jammu and Kashmir are happy with the abrogation. If the people are really happy, why did the government clamp down curfew, cut off all communications and put all opposition leaders in the state under house arrest? Why is it stopping opposition leaders from outside Kashmir from visiting the valley? Indeed, if the BJP was so sure of the popularity of its Mission Kashmir agenda, why could it not contest the state elections with this manifesto?

To the people of Jammu and Kashmir, the Modi government now promises faster development. Amit Shah spoke about it at length in his speech at the Rajya Sabha, Narendra Modi also talked about Kashmir becoming the ideal venue for film shooting and dream destination for tourists from all around the world. Was not Kashmir a popular venue for film shooting and a tourist destination before the political situation deteriorated? Did Article 370 ever obstruct that? Is it not a fact that Jammu and Kashmir is way ahead of most other Indian states in terms of most indices of social/human development, thanks largely to Kashmir’s history of land reforms? And if by development, the Modi government means investment, then it must answer what stopped it from making more public investments in Jammu and Kashmir? If one considers private investment, the biggest hindrance or dampener must again have been the turbulent conflict-ridden situation, and not Article 370. In fact, increasingly voices from India’s corporate world are raising this concern now in the context of the all-India situation.
Going back to the historical context of the inclusion of Article 370, it is indisputably clear that it resulted from the specific conditions and circumstances under which the state of Jammu and Kashmir acceded to India. It is also well known that nobody had said anything against this Article at the time of its inclusion – the Sangh-BJP propagandists mischievously project Sardar Patel, Shyama Prasad Mukerjee and even Dr. BR Ambedkar as having been against Article 370. There was no way Dr. Ambedkar, who eventually quit the Nehru cabinet over the Hindu Code Bill dispute and even embraced Buddhism as a mark of protest weeks before his demise, could have been forced to accept it against his own judgement. Indeed, while the BJP blames Nehru for Article 370, in real life Nehru and Indira presided over steady erosion of the autonomy promised under Article 370, keeping Sheikh Abdullah, the tallest leader of Kashmir, in prison and exile for almost two decades from 1953 to 1974.

This authoritarian approach of the Centre towards Jammu and Kashmir was critiqued not just by communists but also many other opposition leaders like Jayprakash Narayan and Ram Manohar Lohia. The crux of the Kashmir problem – violation and suppression of democracy and the resultant resentment and alienation among the common people of Kashmir – was clearly identified by JP in his following comment made in 1966: “We profess democracy, but rule by force in Kashmir... Kashmir has distorted India’s image in the world as nothing else has done. The problem exists not because Pakistan wants to grab Kashmir but because there is deep and widespread discontent among the people” (India, the Siege Within: Challenges to a Nation’s Unity, MJ Akbar, 1984, p 267). Subsequent Prime Ministers have had nice words to say about Kashmir – like Narsimha Rao’s talk of the sky being the limit with regard to Kashmir’s autonomy and Atal Behari Vajpayee’s famous invocation of Kashmiriyat, zamhooriyat and insaaniyat (Kashimiri identity, democracy and humanism) as the framework for resolving the Kashmir problem, but the approach never really changed in practice, and now Modi and Shah have taken it to a whole new level of denial and suppression of all the three principles that Vajpayee had rhetorically invoked.

The BJP is celebrating the abolition of the special constitutional status of Jammu and Kashmir as a victory for real unification and uniformity. The fact is that many other states in India continue to enjoy similar constitutional safeguards under various sections of Article 371. While Kashmir has been stripped of its special status and even statehood, the Modi government has been negotiating with the insurgent organizations of Nagaland reportedly promising them a deal that offers much greater autonomy for Nagaland. And now that it is increasingly becoming clear that the abrogation of Articles 370 and 35A do not have popular approval even in Jammu, even the state BJP has started demanding special domicile rights for the local people, which virtually means restoration of Article 35A.

In the name of achieving complete national integration, the Modi government has managed to push Kashmiris into the deepest level of alienation. And every pretext the regime dishes out to refute and camouflage this alienation and every repressive measure it takes to muzzle the voices of Kashmir is only pushing Kashmir farther away. All the gleeful talk of grabbing Kashmir’s land and bringing Kashmiri women to Haryana and UP is only exposing the true colours of the Sangh-BJP brigade. Crony capitalists like Mukesh Ambani are now announcing investment plans for J&K and Ladakh to show support for the Modi government, and now that J&K has been reduced to a centrally administered UT, attempts will also be there to bring about a demographic change in Kashmir that will dilute the Kashmiri identity from within. This 15th August as the BJP celebrates its ‘Kashmir victory’, let democrats across India express their solidarity with Kashmir and Kashmiris in their battle for democracy and human rights. 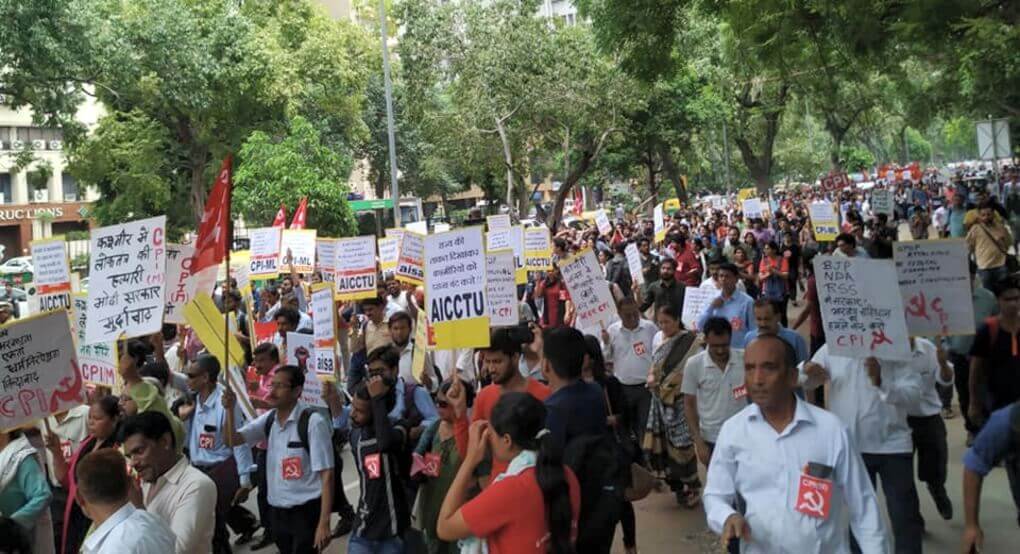