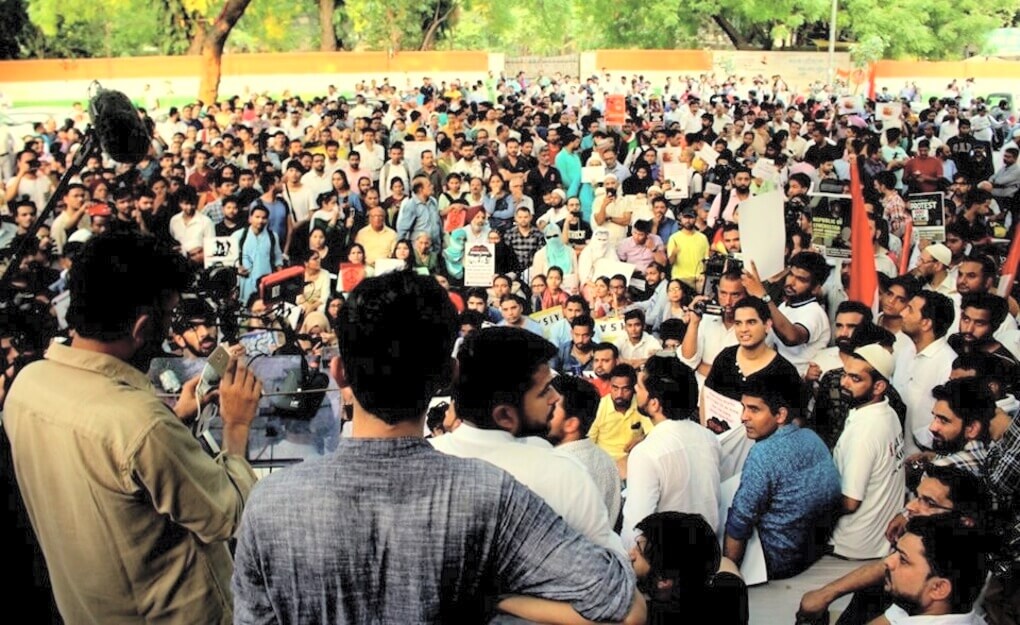 THE Modi government is back in power. The lynch mobs are also back in action. The lynchings, like before, are being videographed so that more people are encouraged to perpetrate such acts and potential victims have a clearer sense of what lies in store for them. The excuses continue to expand – cow-related pretexts and inter-faith love and marriage apart, an allegation, or even doubt or rumour, of theft can also be good enough, as we have just seen in the latest instance of lynching in Jharkhand. What is perhaps most striking is that the lynch mobs now also have a slogan. In ‘Jai Shri Ram’ they have found a common battle cry, chanted in unison by the entire Sangh brigade from the lynch mobs on the streets to the BJP contingent inside Parliament.

From vandalism and riots to mob lynchings, the Sangh brigade believes that the whole range of hate crimes can be legitimised in the name of Ram. And with the BJP in power, it also believes that the chant of Jai Shri Ram can be their assured password for impunity. For generations of common Hindus in North India who have been using the name of Ram as a way of social greeting, it must be shocking to see the same name being used to lynch helpless people. The video of a helpless young man tied to a pole and subjected to continuous beating being forced to chant ‘Jai Shri Ram’ and ‘Jai Hanuman’ by his attackers is a gruesome wake-up call for every Indian who believes in rule of law and harmonious coexistence of people of different communities.

Yet, the Modi government and the Sangh parivar are shamelessly trying to trivialise this latest Jharkhand lynching episode. Modi went to the extent of describing the opposition to the lynching of Tabrez as an insult to Jharkhand, an attempt to tarnish the image of the state. Readers may recall that Modi had used the same tactic in Gujarat. When the whole world condemned the post-Godhra genocide in Gujarat and demanded justice for the victims, punishment for the perpetrators and accountability for Chief Minister Modi and his government, Modi called it an anti-Gujarat conspiracy and invoked the ‘Gaurav’ (pride or glory) of Gujarat to malign and silence his critics. 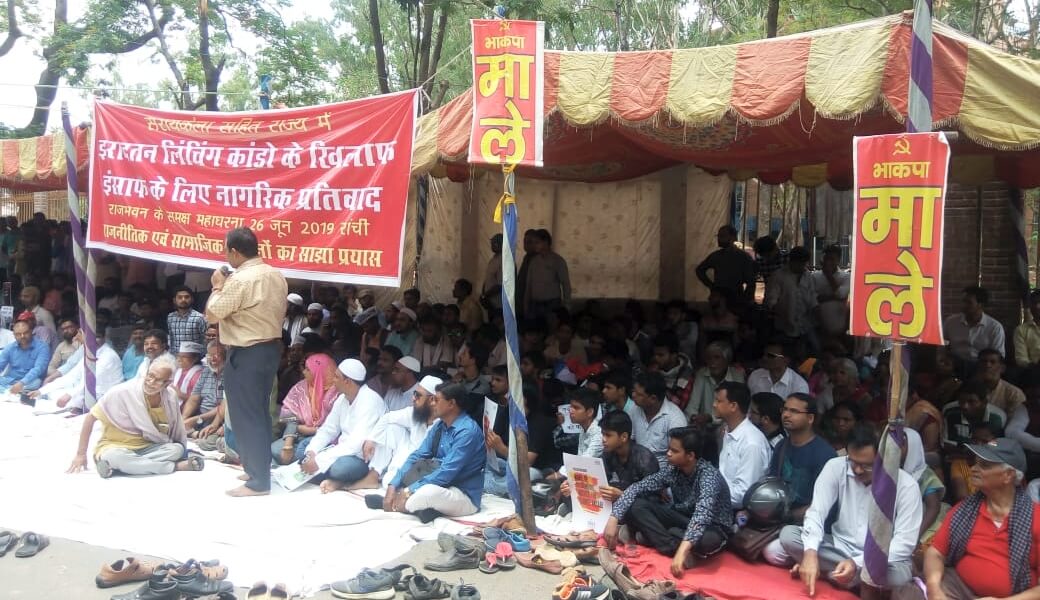 The fact is under the Raghubar Das government Jharkhand has witnessed more than a dozen lynching episodes. Muslims, Adivasis, Dalits, non-Dalit Hindus all have fallen victim to this spree. Two years ago, the state was even witness to the shocking incidence of a central minister garlanding the lynching accused coming out of jail on bail. The minister in question also went on record proudly claiming how he fought the legal battle to secure their bail. The Modi government did nothing to censure him. Indeed, lynch mob assaults emerged as the defining feature of ‘governance’ as administered by the Modi regime; and the trend continues unabated with renewed assurance of impunity.

The continuing spree of mob lynching also tells us the scant respect with which the Modi government treats the directives of the Supreme Court. Just a year ago, the Supreme Court had passed comprehensive directions regarding preventive, remedial and punitive measures to stop the menace of mob lynching. The court had asked for appointment of a nodal officer in each district to deal with mob lynching cases. Special courts were mooted to conduct speedy trials within six months, and the Central government was also asked to come up with a special law to deal with this growing menace. The July 17, 2018 order was followed by a categorical order passed by the Supreme Court on September 24, whereby the states were asked to comply with the apex court’s directions within one month.

As India’s re-elected Prime Minister, Narendra Modi should have informed the Parliament and the people of India as to what his government has done till date in view of the Supreme Court’s order. But he was conspicuously silent on this score. In fact, the minister of state for home affairs, Nityanand Rai, informed Parliament that the National Crime Records Bureau did not maintain specific data on mob lynching. All that the central government has done to combat mob lynching is to issue an advisory to state governments to keep an eye on the circulation of fake news which could result in mob violence. So the central government talks about federalism when it comes to issues like mob lynching! And then the Prime Minister jumps to the rescue of the Jharkhand government by dubbing opposition to mob lynching as a calumny against Jharkhand! The battle to stop mob lynching and secure justice for the victims has evidently got harder with the return of the Modi government to power, but the people of India will never give up. We shall overcome.