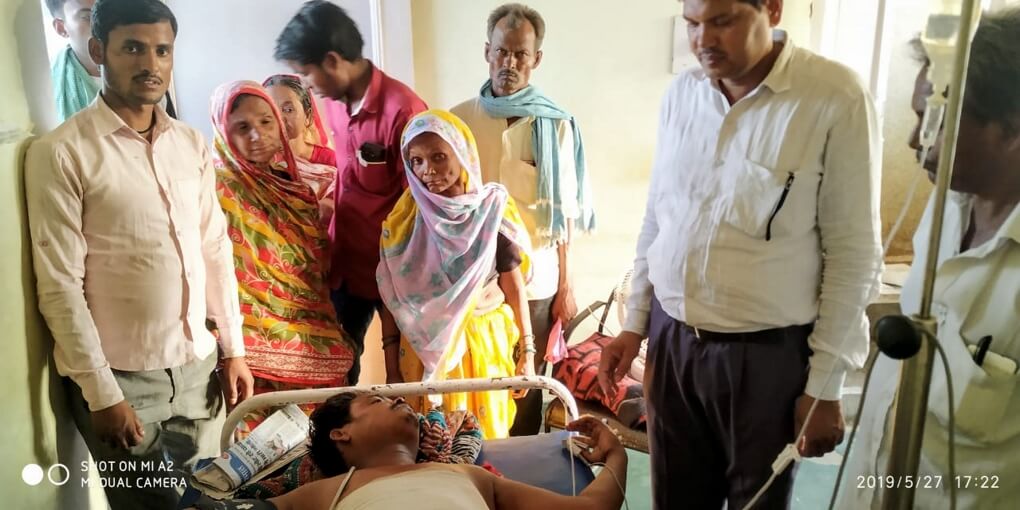 CPIML Bihar State Secretary Kunal said in a statement on 28 May 2019 that the repeated targeting of minorities at various places is a result of the incessant spewing of venom against the minority community by BJP leaders. Mortal attacks on Muslim youths have been perpetrated immediately after the election victory in Begusarai of Giriraj Singh, BJP’s aggressive communal face. It should be remembered that during the election campaign Giriraj Singh had said that those who are anti-BJP should go to Pakistan. Just a few days after the election, CPI leader in Begusarai Fago Tanti was beaten to death for the ‘crime’ of campaigning against the BJP. Dalits and backward sections are being constantly attacked by feudal-criminal forces in Ara. Prime Minister Modi should answer if this is the ‘Sabka Sath, Sabka Vikas, Sabka Vishwas’ (Walking together, with development for all, and winning everyone’s trust) he spoke of?

On 27 May 2019 a CPI(ML) enquiry team visited the seriously injured victim of an attack by hate-mongering forces in Khajanpur (Cheriya Bariyapur Thana) Mohd Qasim at the private hospital in Begusarai where he is admitted. Mohd Qasim is an extremely poor Muslim youth and earns his livelihood by street vending. The hate-mongers asked his name and then shot at him with intent to kill.

CPI(ML) District Secretary Diwakar Prasad demanded the immediate arrest of all the attackers and also demanded that the District administration undertake medical treatment for Mohd Qasim at government expense. He said that after the BJP’s electoral victory killings by forces of hate have once again increased throughout the country, and Bihar is no exception. He questioned the silence of the District administration on this incident and asked why no action is being taken. On the contrary, Left and other political-social activists who protest against these incidents are being harassed by slapping false cases against them.

AIARLA District Secretary Chandradev Verma said that in recent days attacks on Left supporters, dalits, poor, backward castes, and minorities by the BJP, Sangh Parivar and Bajrang Dal goons have increased. The killing of Comrade Fago Tanti is part of this series of attacks. His killers have not yet been arrested and there is a big question mark on the role of the police.

The CPI(ML) will organize Left, democratic, progressive, and justice-loving citizens and cultural activists and strengthen the struggle to give a befitting reply to communal-fascist hate-mongering forces.