Dharna in Lalkuan Against Liquor Deaths 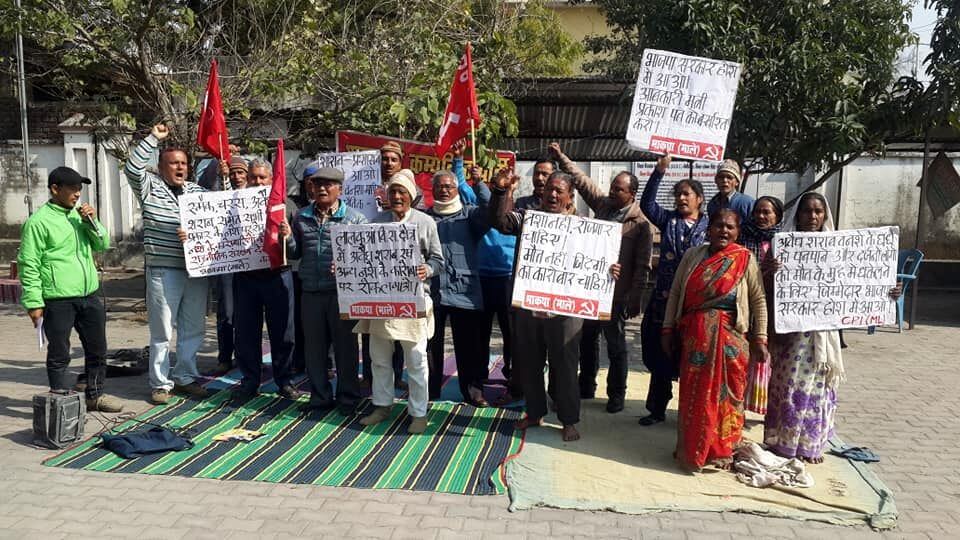 CPIML organized a dharna in Lalkuan district in Uttarakhand over the deaths due to poisonous liquor in Uttar Pradesh and Uttarakhand and to protest against the criminal negligence of the UP and the Uttarakhand state governments. The dharna raised demands that the Uttarakhand Excise Minister Prakash Pant, Haridwar District Magistrate and SSP be suspended and also that a ban be imposed on forms of illegal alcohol and other forms of intoxicants. Addressing the dharna, CPIML Uttarakhand state secretary Raja Bahuguna said that the deaths due to consumption of poisonous liquor have crossed the hundred mark and despite that the business of producing illegal alcohol is flourishing. Now that the elections are approaching, these incidents are likely to increase than decline. He said that this business is not possible without political protection. The business of illegal liquor has spread to various towns and villages in all districts and this is happening under the watch of government, administration and the police. Even after so many deaths, the government is not serious about this issue. He added that both UP and Uttarakhand have BJP governments and instead of ensuring accountability, the Yogi government is trying to political conspiracy in this tragic incident. Following the protest, a memorandum addressed to the Chief Minister was handed over to the Tehsildaar.