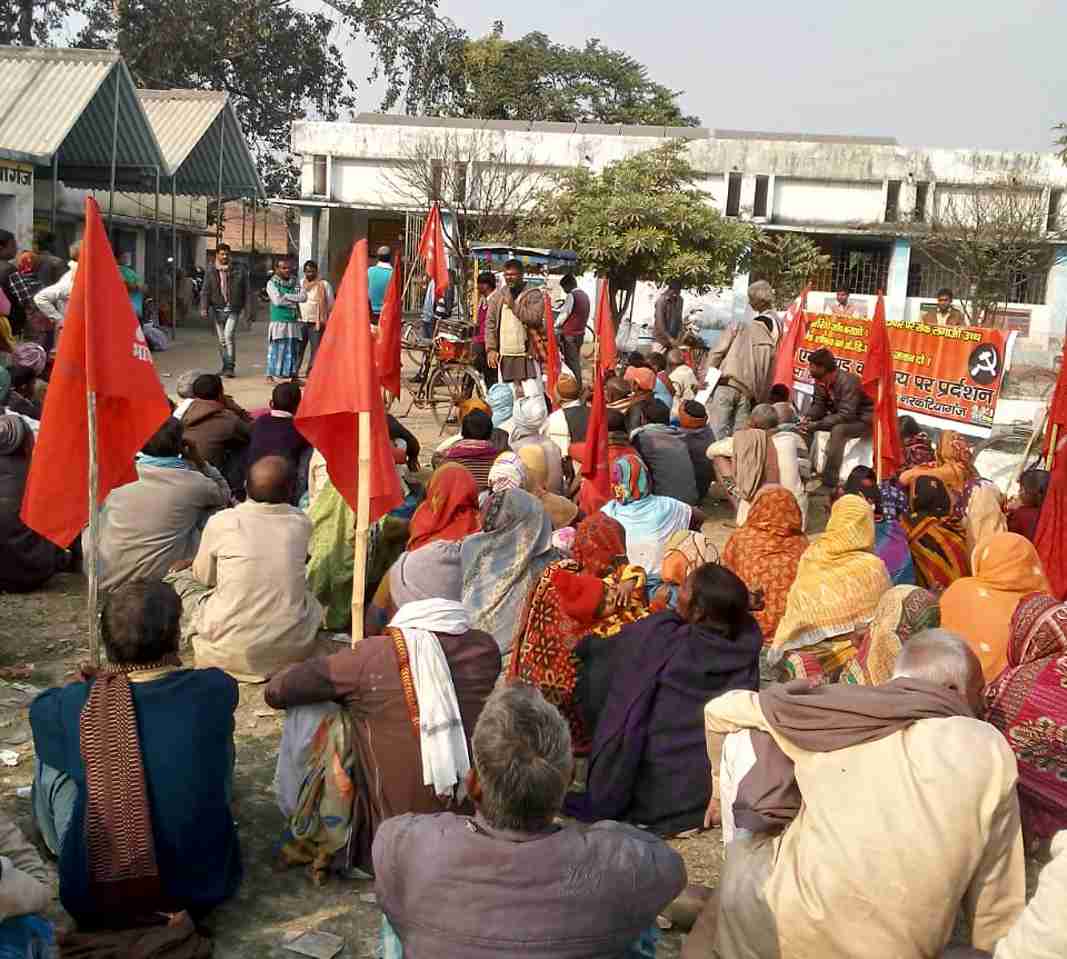 CPI(ML) protested in Narkatiyaganj on Dec 20 against fake declaration of Banwaria panchayat as open defecation free. CPI(ML) activist Kedar Ram has demanded an inquiry in the whole matter. He said that this is a false claim and enough toilets have not been constructed in the area. He also said that similar false claims are also being made in other areas too and demanded action against the concerned officials.