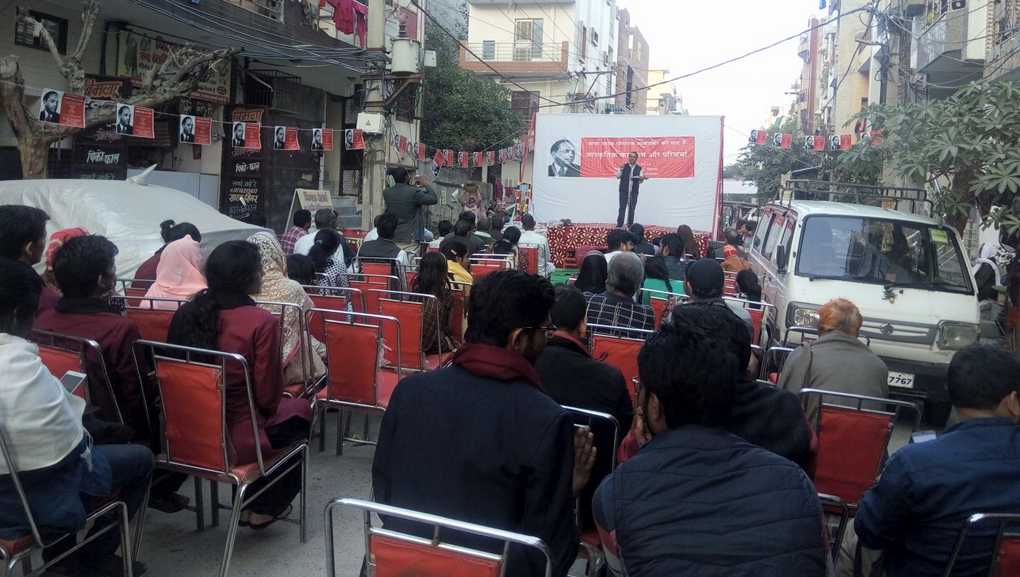 THE Jan Sanskriti Manch (JASAM) Delhi unit organized a cultural program and discussion in Rohini on 2 December 2018 in memory of Babasaheb Bhimrao Ambedkar. The program began with the garlanding of Dr Ambedkar’s portrait and the welcome address by Vinay Diwakar. Speakers Mukhram Bharti, Narendra, Shailpriya Boudh, and Jyoti Gautam addressed the meeting and spoke about Babasaheb Ambedkar.

The second session began with an address by Dr Ramayan Ram who recollected Ambedkar’s contribution to the building of modern India and said that we should follow his values and principles. He pointed out that Ambedkar not only raised his voice for dalits but also presented a new politics of unionism with the textile mill strike in Bombay in 1930. He said that Ambedkar’s ideology promotes democracy, scientific consciousness, and the struggle for social equality.

Addressing the program, critic and writer Ashutosh Kumar said that today all governments are competing to be known as Ambedkar’s followers, but what these parties have done to Ambedkar’s Constitution is clear for all to see. Attacks on dalits have increased over the past few years. The Prime Minister pays lip service to Ambedkar but when he goes abroad he presents copies of the Gita which advocates the caste system. He also pointed out that the date of 6 December, Babasaheb’s Mahanirvan day, was deliberately chosen for the demolition of the Babri Masjid.

In the 3rd and final session of the program, the Sangwari presented a play based on Ambedkar and his views, directed by Kapil Sharma. The 2nd and 3rd sessions were conducted by JASAM Delhi Secretary Ramnaresh Ram. CPI(ML) leader in Rohini Satyaprakash Boudh, the organizer of the program, thanked the people present.

A poster exhibition and book fair was also organized on the occasion. Posters made by renowned painter Ashok Bhowmik, and books by Nagarjun Prakashan, Gargi Prakashan, and the Marginalized Prakashan drew the attention of the people.

The program was attended by local citizens, intellectuals, students, women, and children. The entire program was arranged with the cooperation of the common people. Writers Yogendra Ahuja, Sanjay Joshi, Vandana Singh, Mrityunjay, Tulika, Awadhesh and many others were present on the occasion. 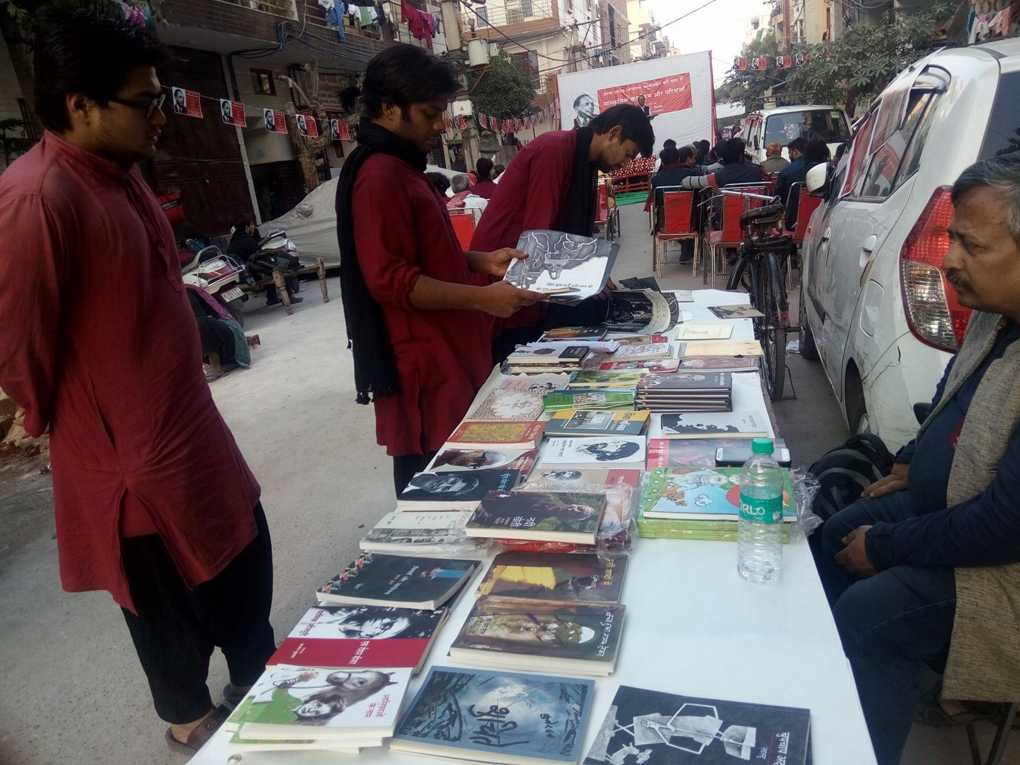