‘Save the Constitution–Save Democracy’ Protest in Garhwa 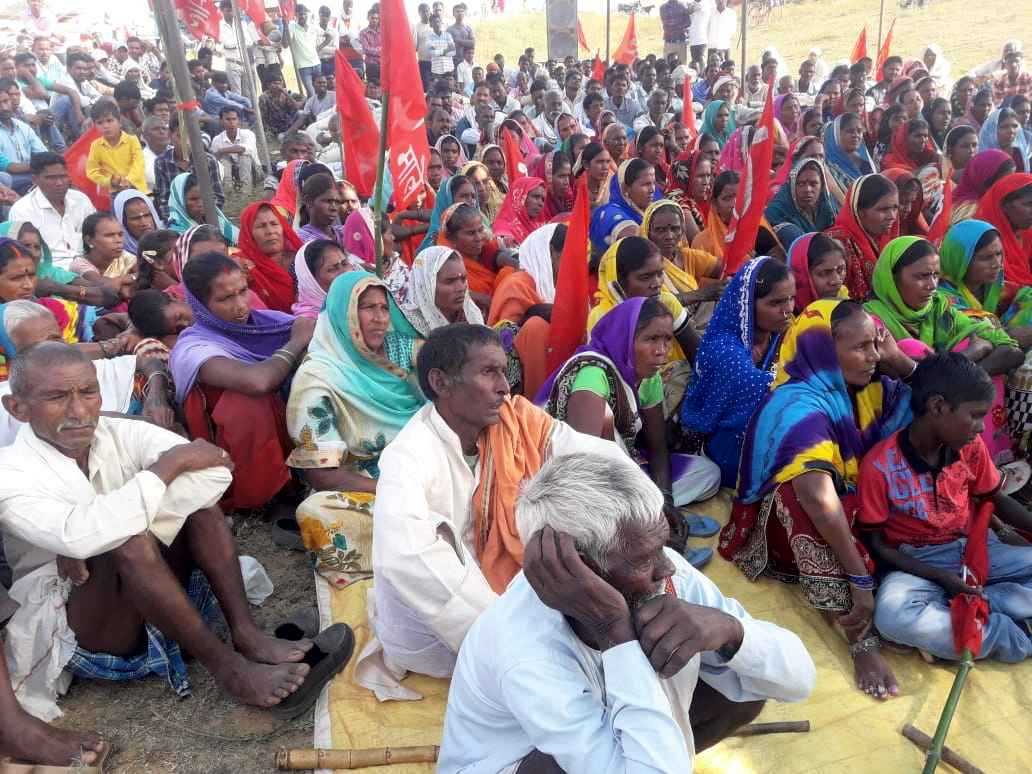 Prior to the gherao, a rally was held from Korta to the Block HQ via Gaderiyadih and Motihara. During the rally, slogans were raised against the Rafale scam, spiraling prices, and for the ousting of the BJP to save the country, the Constitution and democracy. The gherao was followed by a meeting at the Block HQ.

Addressing the meeting, Janardan Prasad said that contrary to 2014 now the people are clamouring for ousting Modi and saving the country. On coming to power, Modi had promised bringing down prices, but now he is selling petrol to neighbouring countries at Rs 35 while in India we are forced to pay Rs 90 per litre, thus putting an enormous burden on farmers and middle class families. He said that the Rafale deal is a scam to the tune of thousands of crores. 36 aircraft are being purchased at 1560 crores each instead of the original price of 526 crores; the contract for the planes has been given to Reliance Defence Ltd who do not have the experience of manufacturing even a needle. The company has unpaid loans of 30,000 crores but they have been given the contract of Rs 1,30,000 crores. When the CBI started an enquiry into this, the CBI Director was removed in a midnight coup. Many big businessmen have fled the country with bank loans of thousands of crores during the Modi government.

Com. Janardan further said that today if distressed farmers agitate, they are fired upon and killed, as happened in Mandsaur. Adani is forcibly grabbing farmers’ land in Godda district of Jharkhand and threatening farmers that if they protest, they will be buried in that very land. Modi had promised the youth of the country 2 crore jobs every year but now he is recommending that they sell pakodas. That is why the slogan of ‘Oust Modi, Save the Country’ is resounding from every corner of the country today. The CPI(ML) has started the Oust BJP, Save the Country campaign in Palamu also and it will be turned into a big battle in the coming days.

Kalicharan Mehta said that when election time comes, the BJP talks of Ram Mandir, but after they win, they build Nathuram Godse Mandir. During election rallies, Modi talks of ‘Beti Bachao, Beti Padhao’ but after coming to power the BJP gets busy protecting and defending rapists and murderers. In Ranchi, the Raghubar Das government’s police are beating up Rasoiyas with lathis. When MNREGA workers, para teachers and Sahiyas agitate for their rights, the BJP government represses them brutally.

Virendra Choudhury said that farmers are not getting crop insurance money. Rations under the Right to Food are not reaching the beneficiaries. Funds from the 14th Finance Commission are being looted.  It is time to fight a decisive battle against all these atrocities.