Protests in Beguserai against Arrest of Comrade Diwakar

THE CPI(ML)-led movement for dignity and land rights of dalits and the poor, and the coming together of Left-democratic forces in response to the Party’s slogan ‘Oust BJP, Save Democracy’ has triggered a sense of panic in the Bihar government. Therefore the Central and State governments are attacking CPI(ML) activists leading people’s struggles at various places. Through these attacks they are trying to push back the struggles of the poor for dignity, land rights and democratic rights. As part of this series of attacks, CPI(ML) Beguserai District Secretary Com. Diwakar was arrested by the police late at night on 4 October 2018 by making him the accused in six false and fabricated cases. 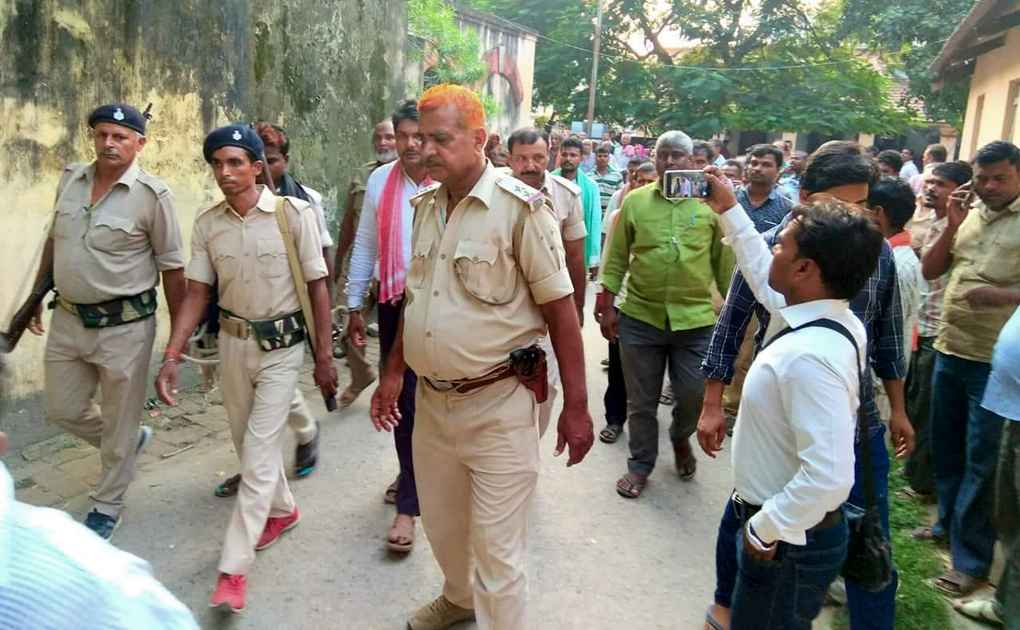 The main reason behind the arrest is that under the leadership of the CPI(ML) 500 landless dalit, minority and poor families have been settled on government land in village Bank, Dandari Block, Balliya Tehsil, Beguserai District. Led by the CPI(ML), the landless poor’s struggle for pattas to this land is ongoing. The CPI(ML) has put up strong protests (in which thousands of landless poor, dalits, students and youth have joined) against this repressive attack by the government. As a result, the administration and government have so far been unsuccessful in their efforts to displace the 500 families settled on government land in Bank village. The local land mafia in cahoots with the DSP had tried to displace the dalit poor families, but the administration had to go on the back-foot due to the organized protests of the poor led by the Party. A central Minister is also part of this conspiracy.

On 5 October, a huge demonstration and protest meeting was organized by the landless poor and students and youth led by the CPI(ML) in front of the District Collector to demand the unconditional and immediate release of Comrade Diwakar; to distribute government land among the poor; and action against the DSP guilty of slapping false charges against Comrade Diwakar.

On 6 October, the CPI(ML), AISA, and RYA organized a protest march at Balia Bazaar and burnt the effigy of the Balia Block DSP. Again on 7 October a protest march was held. On 9 October a massive public meeting and gherao of the Balia DSP was organized in which thousands of dalits, poor, workers, students and youth participated. The meeting, led by senior Party leader Shivsagar Sharma, demanded the release of Com. Diwakar, withdrawal of the false cases, action against the Balia DSP, and distribution of government lands among the landless poor. On 12 October the CPI(ML) registered a case against the Balia DSP for slapping false cases on Com. Diwakar and misbehaving with his family members. On 13 October the Party held a Press Conference during which Polit Bureau member and former MLA Com. Rajaram Singh announced a land rights rally to be held on 28 October as a measure to strengthen the struggle for land rights and dignity for the landless and the poor. He said that Beguserai has always been the centre of Left struggles and that the CPI(ML) would under no circumstances tolerate the false cases, misbehavior and insult to Com. Diwakar. He pointed that the poor, dalits, and women were being attacked across Bihar, whereas feudal criminals were being protected by the government. Instead, leaders of people’s struggles are being arrested on false charges. He reiterated the demand for the release of Comrade Diwakar, withdrawal of the false charges, action against the guilty DSP, and distribution of government lands among the landless poor. A district level massive rally was held on 28 October at Beguserai against the repression of people’s struggles and the arrest. This was addressed by party General Secretary Dipankar Bhattacharya. 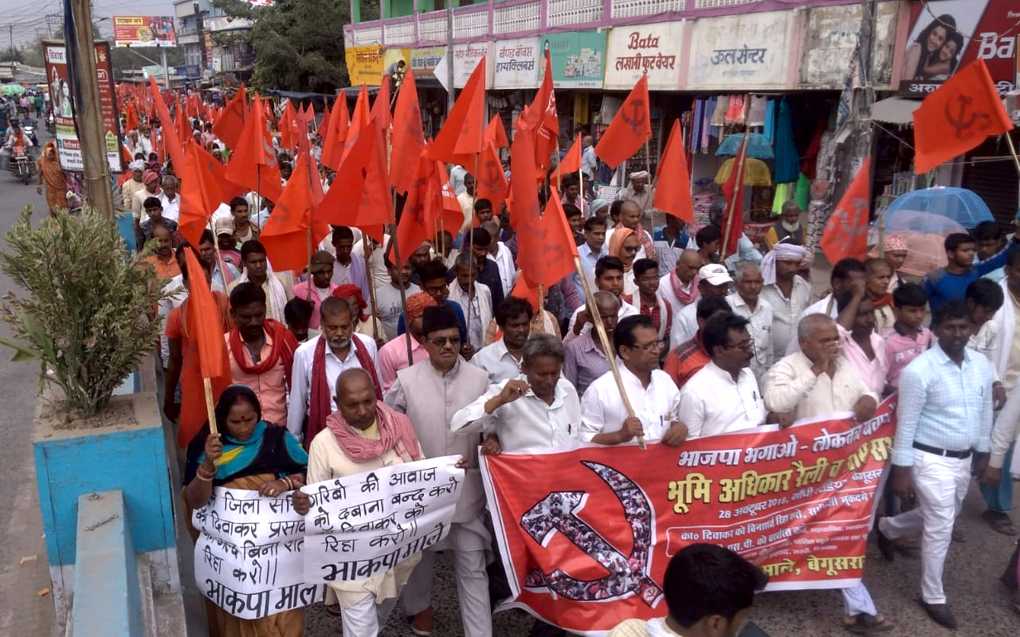