AIPF Issues a People’s Charter for 2019 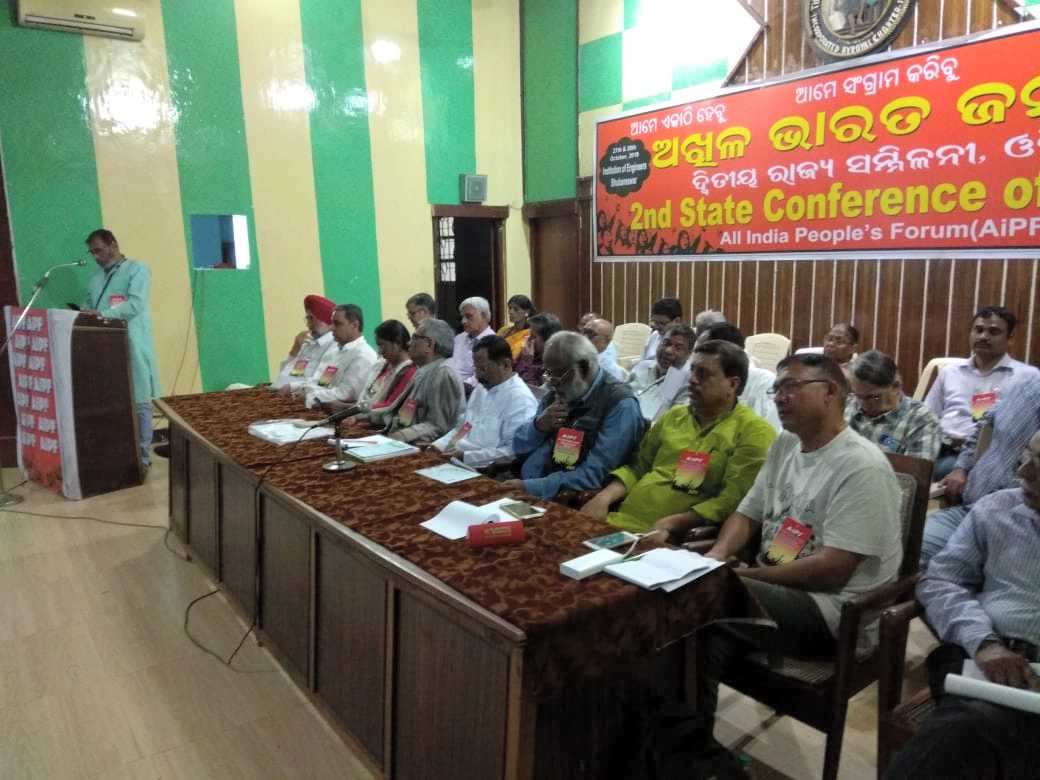 A joint meeting of the AIPF National Campaign Committee and Council was held in Odisha on 26-27 October 2018. On 27 October, a ‘People’s Charter 2019’ - a citizens’ manifesto released by AIPF for the 2019 elections - was discussed at a Convention by participants from a wide variety of people’s movements, and then released. The People’s Charter began by observing that :

“Since May 2014, we have witnessed the Modi Government’s assault hard-won rights of India’s people, erode and weaken democratic values and institutions, divide the people on communal lines and embolden communal criminals, and sharply increase corruption and corporate plunder. 2019 must be an election to vote out the disastrous Modi Government and reclaim our beloved country.

We, the people of India, have won rights and liberties in struggles with every Government of every hue. We are presenting our people’s charter - for the 2019 elections and for people’s movements that will continue after the elections too. We want the Opposition in India to commit itself to this people’s charter - and to be sure that when they form Government, we the people will conduct movements to hold the next Government, too, accountable to these demands and issues. 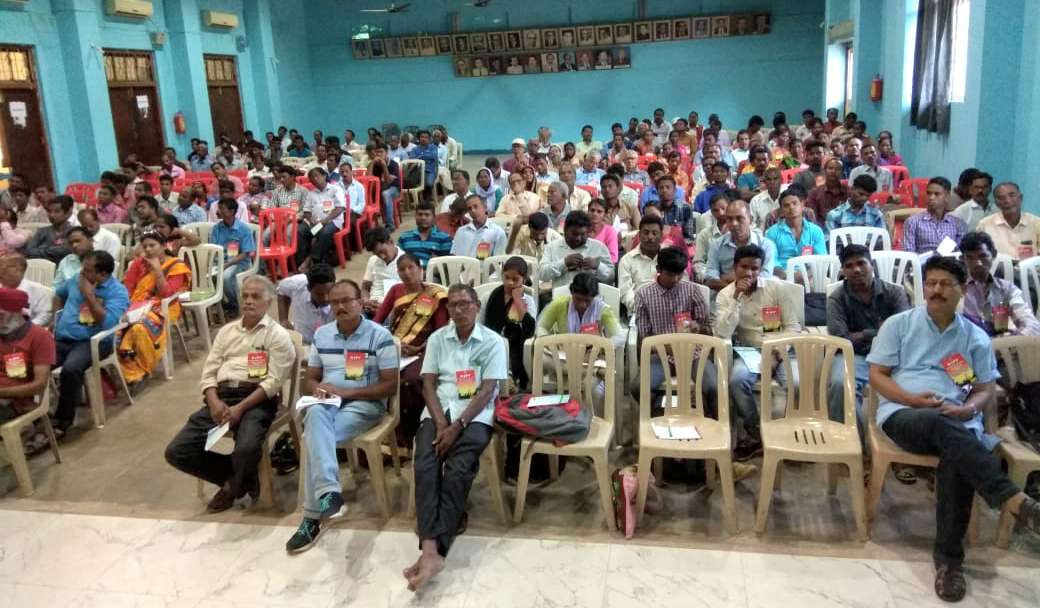 The People’s Charter set forward a detailed charter of demands of the people, that must be at the core of the political agenda for the 2019 polls and to which the next Government must be held accountable.

Prior to the convention, the organisational session on 26 October was conducted in 3 parts: state-wise reports of AIPF activities were presented; the People’s Charter prepared by the AIPF Secretariat team was discussed and passed after suggestions were incorporated; the National Council and the Campaign Committee were re-constituted in order to strengthen the organisational framework of the AIPF.

The meeting approved the expansion of the Secretariat team. Girija Pathak was elected National Coordinator for better coordination of AIPF activities across various states. It was decided that the People’s Charter should be presented and released by AIPF through state-level meetings and conventions to set a people’s agenda for the coming 2019 elections. Delegates from various states decided to conduct state-level meetings before January 2019 to strengthen the organisational framework and publicise the People’s Charter. The campaign will be concluded with a National Convention in Delhi in February 2019.

After the organisational meeting, the convention for the release of the Citizens’ Charter was held, addressed by senior AIPF leaders, democratic-progressive citizens of Odisha, and specially invited guests - Safai Karmachari Andolan leader Bezwada Wilson and journalist Bhasha Singh. Bezwada Wilson drew attention to the dismal work and life conditions of sanitation workers whose oppression exposes the reality of Modi’s Swachh Bharat claims. He said that issues like hunger deaths and sewer deaths ought to be at the core of the people’s agenda which Governments and ruling parties must not be allowed to ignore. He expressed solidarity with the efforts of AIPF and stressed the need to support one another’s struggles. Socialist leader and former Odisha Minister Brij Kishore Tripathi stressed the importance of AIPF for uniting Left-democratic-socialist forces. Socialist activist and Odisha NAPM Convenor Lakshmi Priya Mohanty spoke about the movements in Odisha and India and how they need to make their voice and agenda felt in the 2019 polls. Socialist and senior AIPF leader Vijay Pratap also stressed the need for various forces of people’s struggles to come together under a single forum in the present ascendency of fascist-communal forces. In a message to the Convention, Abhijit Roy of NTUI spoke about the many resistance movements of people in the face of repression, all over the country. AIPF Secretariat team member Ambarish Rai, Purushottam Sharma, R Vidyasagar, Vinod Singh, Santosh Sahar, BL Netam, Pradip Sahu, Abu Rida, Tushar Chakrabarty, Sukhdarshan Natt, Mahendra Parida, Radhakant Shetty, Prabhat Samantray, Menaka Kinnar, Atushi Malick and others also addressed the Convention. 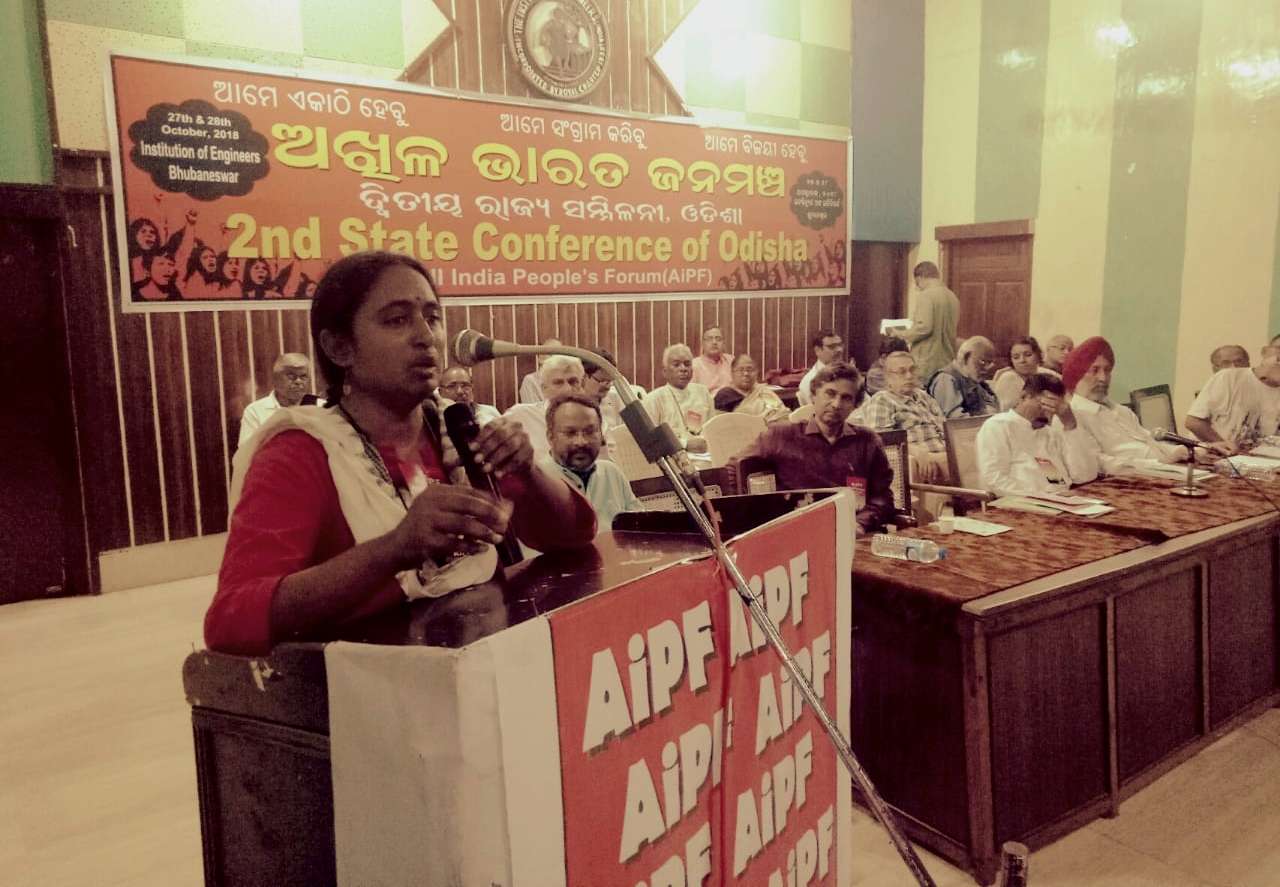 AIPF Secretariat team member and human rights activist John Dayal expressed concern about the increasing attacks on dalits and minorities and said that unless we fight united against this, it will bring dire consequences for the country and for peace-loving citizens. AIPF activist Kavita Krishnan said that we have tried through the People’s Charter to bring citizens’ issues and demands to the notice of political parties. The Charter tries to bring back to the fore the issues on which the Modi government had made pre-election promises but cruelly betrayed the people once they came to power. The Charter seeks to detail the way the Modi government has betrayed the common people and the problems and dismal conditions the working class is having to face. She said that under this government, the Constitution, Constitutional institutions and Constitutional rights are all under dire threat. The AIPF will go to the people in all States with the People’s Charter and make this Charter the People’s Manifesto for the 2019 elections.

A summary of the People’s Charter was presented in Hindi by Secretariat team member Manoj Singh and in Odiya by National Campaign Committee member Manas Jena. The resolutions of the Convention were presented by Vidya Bhushan Rawat. The convention was presided over by senior AIPF activist and socialist leader Panchanan Senapati and conducted by Girija Pathak.

After the national convention, the AIPF’s Odisha chapter began its second state conference, which was addressed by Anna Kujur and pradip Sahu of the CSD, Maneka of the Bhubaneshwar Kinnar Sangathan, Lingaraj Azad of the Niyamgiri Suraksha Samiti, Narendra Mohanty of Insaf, and retired IAS officer Sanjeev Huda amongst others.