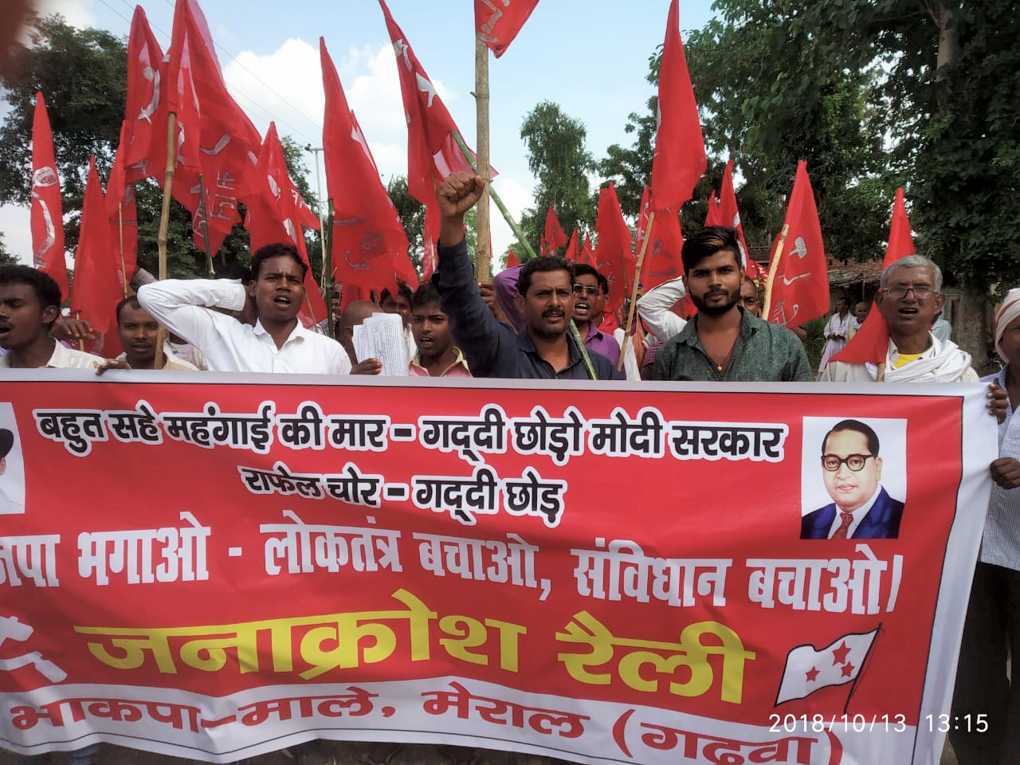 PEOPLE in Garhwa expressed their anger against the BJP in a Janakrosh Rally (People’s Anger Rally) at Meral Stadium organized by the CPI(ML) under the ‘Oust BJP, Save the Country’ campaign. The rally started with resounding slogans of ‘Rafale Thief, Quit your Seat’. Addressing the rally, CPI(ML) MLA Rajkumar Yadav said that the Raghubar government in Jharkhand is following in the footsteps of the Modi government and pandering to the profits of corporate companies. State Secretary Janardan Prasad said that the Modi government has been a disaster for the people ever since it came to power at the Centre. Prices are skyrocketing, petrol and diesel have reached unprecedented high prices, Rafale and other scams have been exposed, rich capitalists are running away with lakhs of crores while farmers are forced to commit suicide under the burden of debt. Standing Committee member Ravindra Bhuiyan said that Palamu must be declared drought-affected and relief measures implemented without delay. A special package must be granted for a permanent solution to drought, and MNREGA employment must be generated on a war footing to stop migration. Sushma Mehta said that the anti-woman face of the BJP has been clearly exposed. In spite of so many women testifying against MJ Akbar for sexual harassment, he is not removed from his post as Minister; on the other hand, BJP Ministers organized a rally in support of the rapists and murderers of a small child in Kashmir. District Secretary Kalicharan Mehta pointed out that there have been as many as 14 starvation deaths in Jharkhand in the past one year, and said that it is time the people threw out this anti-people government. Birendra Chaudhury also spoke at the meeting, which was presided over by Vishwakarma. 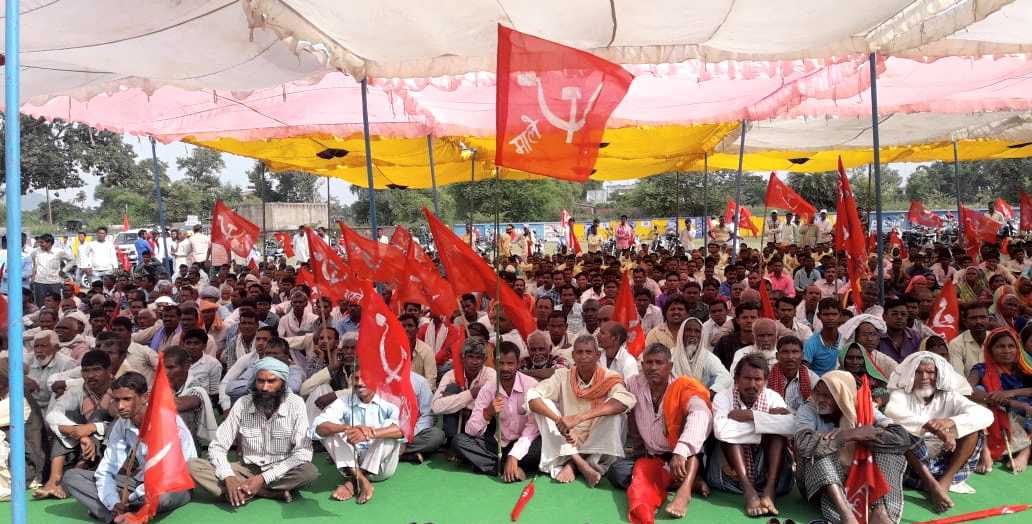