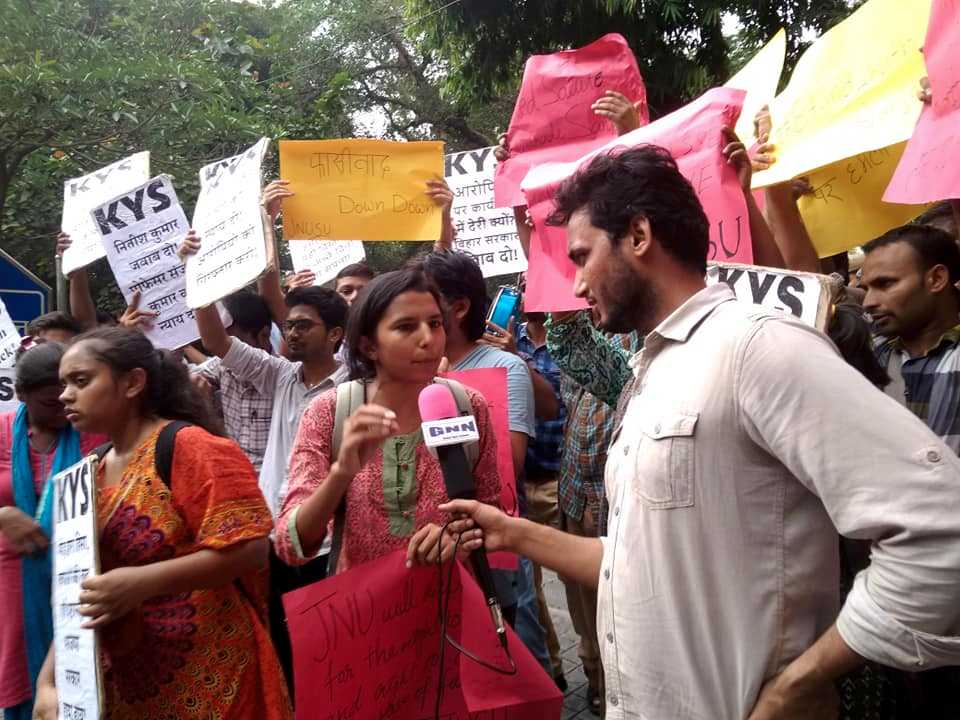 CLOSE on the heels of a failed assassination bid on former JNU student Umar Khalid in the heart of Delhi, another former JNU student, Dr. Sanjay Kumar, currently a faculty at Mahatma Gandhi Central University, Motihari, was the target of a murderous mob assault. Sanjay along with other teachers had been protesting against the Vice Chancellor’s policies since the end of May. At the Mahatma Gandhi Central University, faculty members and teachers’ association have been protesting against the VC for his numerous irregularities by has been indulging including serious scuttling of legally mandated reservations in non-teaching posts. The VC has also been using his position of power to intimidate and harass any dissenting voice. On 17 August, Sanjay Kumar was attacked in his residence and brutally beaten up in broad daylight by a large group of hooligans with a clear intent to kill him. The immediate pretext for this murderous assault was a Facebook post by Sanjay apparently critical of Atal Bihari Vajpayee. Sanjay has been in hospital since then, in a serious condition. Several videos that have come out since the incident clearly show that the attackers enjoy the support of the BJP as they forced him to say that he will never write critically on any BJP leader. AISA along AISF, AIDSO, Chhatra RJD organized a massive protest march on 18 August starting from the gates of Patna University till Shaheed Chowk. The Aakrosh march culminated into a public meeting in which the student leaders demanded immediate arrests of the culprits and the suspension of the MGCU VC. The protests were also organized in several other parts of the Bihar in support of Dr. Sanjay Kumar and against the attack on him. CPI(ML) MLA Com. Mehboob Alam met Dr. Sanjay in Patna Medical College Hospital. The party leaders said that the silence of the Bihar CM, Deputy CM and the Minister of HRD at the center (since MGCU is a central university) speaks volumes of their complicity in such an appalling lynch mob attack which was also an ideologically motivated hate crime. In Delhi, several student organizations joined the protest call given by the JNU Students Union outside Bihar Bhawan demanding arrest of Dr. Sanjay Kumar’s attackers. Several university teachers’ associations have issued statements condemning this attack and raising concerns regarding continued attack on critical voices in the country. 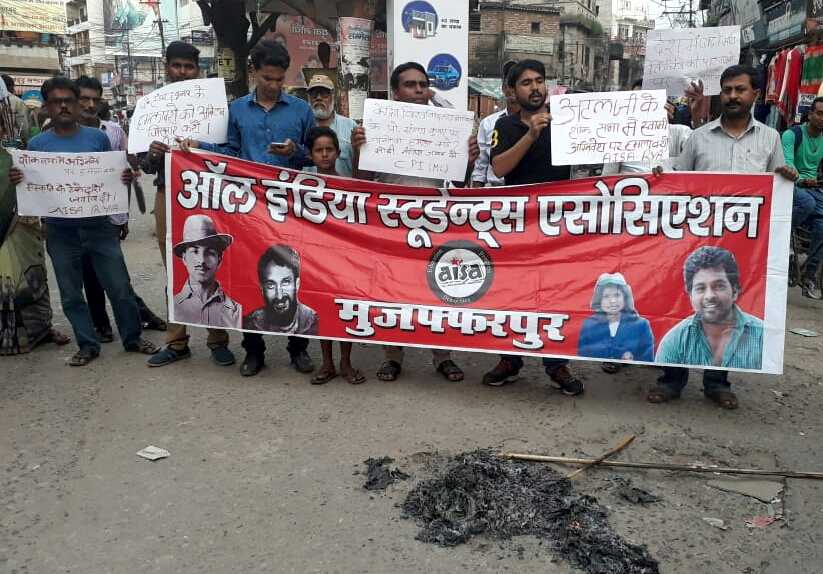