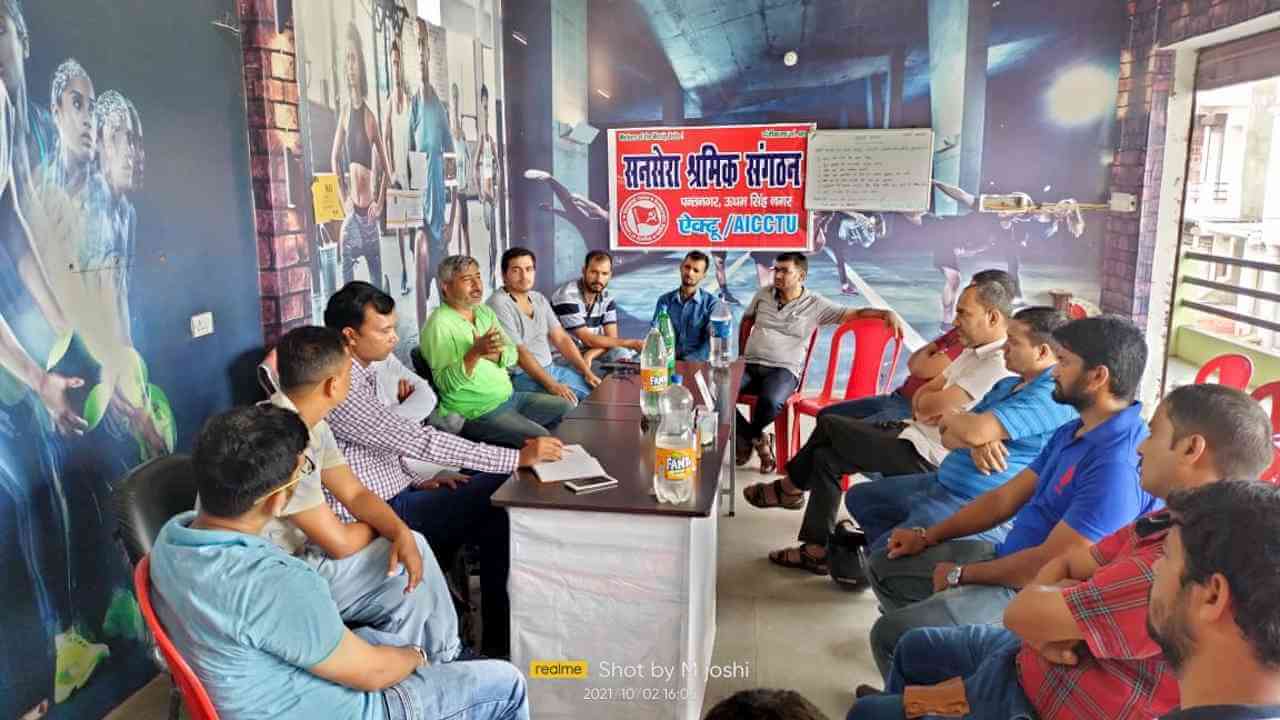 Automobile sector unions organized a meeting at Haldwani on 3 October to support the Ford workers' struggle against the closure of the Ford Sanand plant. The meeting was presided over by Tata Motors Shramik Sangh (INTUC) President Naveen Joshi and conducted by Sansera Shramik Sangathan (AICCTU) General Secretary Jogendra Lal.

Discussing the closure of the Ford Sanand plant, speakers said that after the implementation of the 4 labour codes Ford has violated the workers' right to livelihood and closed down the profit-making plant. This has brought more than 4000 (non-regularized) workers in Sanand, Gujarat suddenly on to the road and jobless. The Gujarat government is doing nothing against this arbitrary decision by Ford. There is great anger among workers against Ford who benefited from tax waivers and other advantages to earn huge profits and are now running away, leaving workers in the lurch. Ford has planned a similar closure in Chennai also in 2022.

A unanimous resolution was passed at the meeting in support of Ford workers. The meeting also demanded that the Uttarakhand government should form an Automobile Sector Board with delegates from unions, management and government to resolve automobile sector workers' issues.