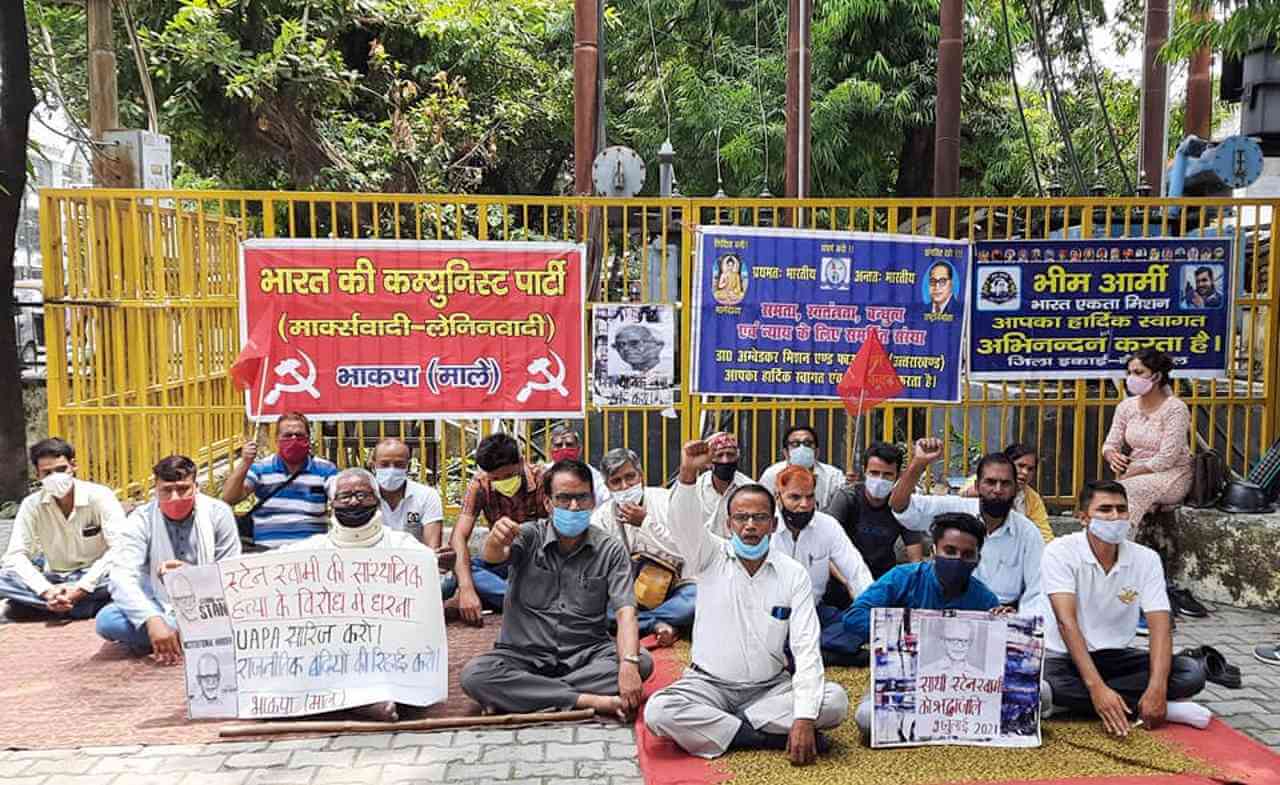 CPIML, Ambedkar Mission, Revolutionary People's Rights Organization, AICCTU, Buddhist Society of India, Kisan Mahasabha, Progressive Women's Unity Centre, Bhim Army, human rights organizations, Left parties and social organizagions organized a dharna protest at Haldwani in Uttarakhand against the custodial killing of Fr Stan Swamy and demanded punishment for all those responsible for his death. They also demanded the release of all 15 incarcerated Bhima Koregaon prisoners and all other political prisoners, and repeal of draconian laws like UAPA.

Leaders speaking at the dharna said that the Modi government killed Fr Stan Swamy in jail in a well planned conspiracy. The 84 year old Parkinson's disease patient Fr Stan was imprisoned and denied even a straw to sip water. UAPA prisoners are indefinitely jailed and denied trial and the 'process of law' becomes a death sentence for them. The courts are also to blame for denying bail to ailing Fr Stan, who was targeted by the BJP because he stood with the adivasis in Jharkhand for their rights to forest, land and water. NIA and other probe agencies are acting at the behest of Home Minister Amit Shah.

A pledge was taken at the meeting to carry forward Fr Stan's struggles and fight with determination and courage against fascism. This would be the true tribute to Fr Stan Swamy.