Trade Unions and Farmers Protest against Privatization of 41 Ordnance Factories 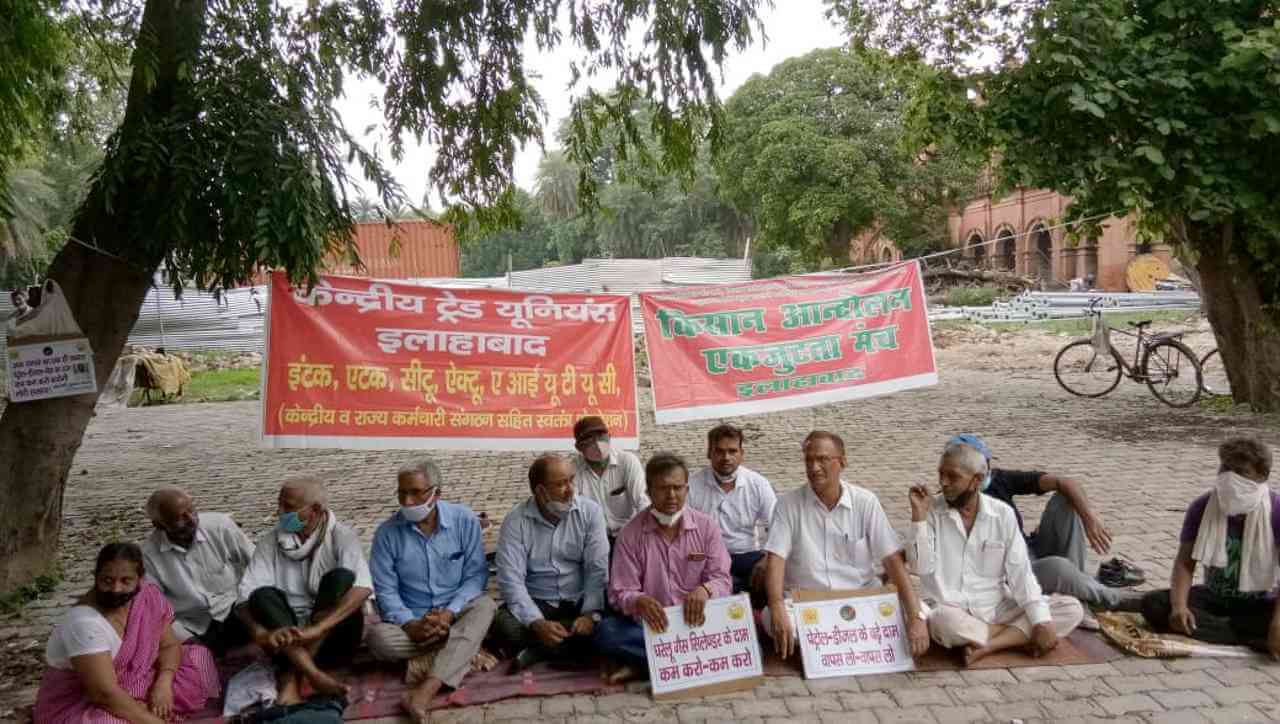 Farmers, workers, citizens and defence personnel have been struggling for long against the Modi government's privatization of 41 ordnance factories, three farm laws, inflation and price rise. From time to time the government even reached agreements with workers assuring them that privatization would not be done. But the government violated all these agreements and decided to break up the Ordnance Board into 7 corporations. All the 5 Federations working in the Defence sector have decided to go on indefinite strike on 26 July against this decision. To prevent the strike the government has now issued the Defence Services Ordinance 2021, according to which any employee can be terminated from service without enquiry, arrested with jail up to one year, Rs 10000 fine, or both punishments. Moreover, persons who incite a strike will be liable to 2 years' imprisonment, Rs 15000 fine, or both punishments. This is the cruellest, most undemocratic and anti-worker ordinance and the severest law made by a government after independence. This law deprives workers of the right to strike under the Industrial Disputes Act 1947. Trade unions have condemned this law.

Protesting against this law, AITUC, CITU, AICCTU, INTUC, AIUTUC, Central Workers Union Uttar Pradesh, Safai Karm Kisan Ekjutata Manch, Jai Kisan Andolan and other organizations held a dharna on 8 July at Patthar Girija in Prayagraj. Naseem Ansari, Ravishankar Mishra, Ramsagar, Dr Kamal Usri and other leaders were present at the dharna. A memorandum addressed to the President was submitted to the Collector.