Dalits Attacked in Chandauli, UP 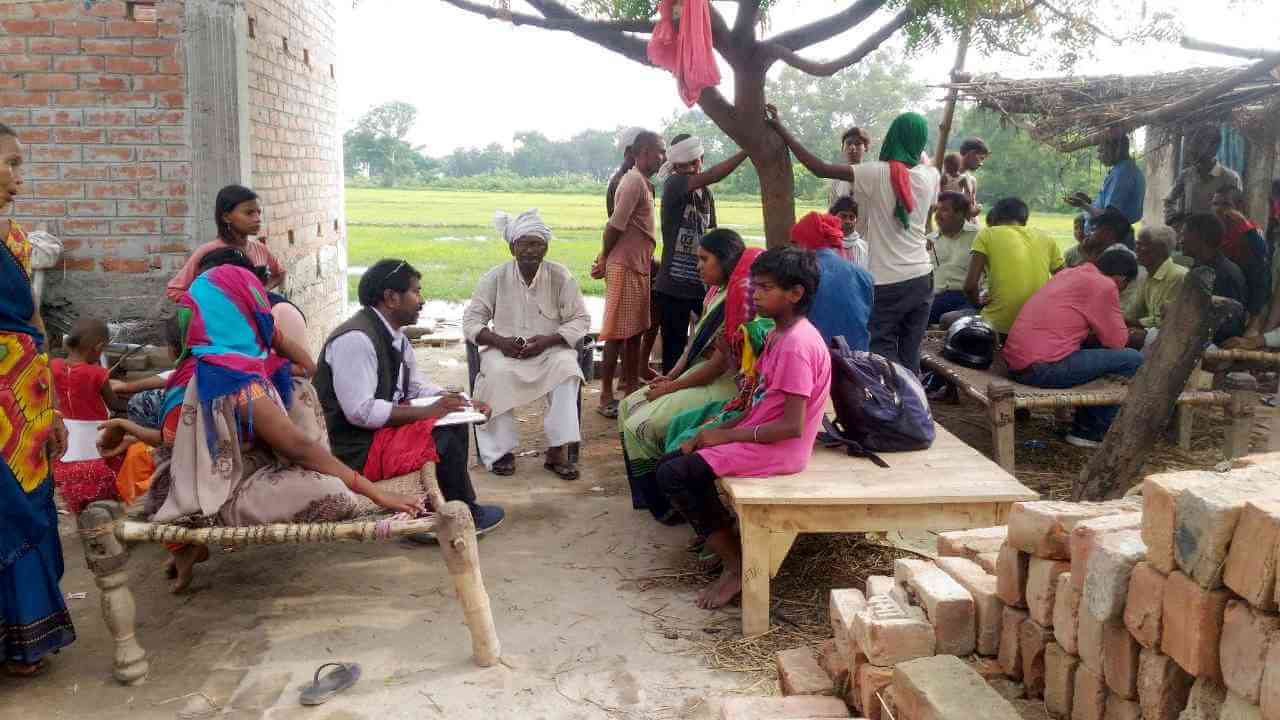 A 3-member CPIML fact-finding team visited Barthara Kala village in Sadar Thana area in Chandauli where dominant forces had attacked a dalit family and burnt down their home on 8 July 2021.

The victim family told the team that the police had arrived while their hut was burning, but remained mute spectators. The police left the place after telling the victims to come to the Thana and lodge a report. When the victims along with about 25 people from the village reached the Thana the same evening, the attacking party was already present there and where talking to the Thana personnel. The dalit villagers were surprised and disturbed on seeing that the attacking Thakurs were being served refreshments in the Thana by the police.

Earlier, the enquiry team visited the basti and saw that it is situated just adjacent to the Thakurs’ fields. The residents of the basti are poor and working as laborers is their source of livelihood. The dispute started in the evening of 8 July when dalit Indradev Prasad’s 18 year old son Ekadashi went to the edge of the field to relieve himself (pass urine). Rohit Singh s/o Mohan Singh who was plowing the field with a tractor saw him and started abusing him, to which Ekadashi verbally objected. Rohit Singh found this objection intolerable and went home, returning to Indradev Prasad’s hut with 7 or 8 people armed with lathis and sticks. These people hurled caste abuses and beat up Indradev Prasad, his wife Vyjayanti , women and children with lathis. They did not spare even 80 year old elderly Ramsewak Ram who was paralyzed and lying on a cot, and he too was beaten with lathis. Threatening Indradev Prasad and his family that they would be killed if they went to the fields, they set fire to the dalit family’s hut.

While this attack, beating and arson was being perpetrated, 10 year old Sonam recorded a video of the incident on a mobile. Seeing this, the attackers chased Sonam. Just then the police arrived at the spot and the attackers Mohan Singh, Rohit Singh, Ajit Singh, Dileep Singh, Virendra Pratap Singh, Anand Singh, Nitish Singh and Avinash Singh fled from the scene of the crime.

However, the video made by Sonam went viral on social media and people’s pressure mounted. After the intervention of the Police Superintendent, the police recorded the statement of the aggrieved party at 2 am in the night and told them to go home and come back in the morning for a copy of the FIR. The next day, on 9 July, all the people who had been beaten up went to the Thana where the police tried to fob them off with just a token medical examination. Till the evening of 10 July, medical examination of the victims had not been done.

The enquiry team also got the information that the attackers had the protection not only of the police but also of the local BJP leaders, MP and MLA. The CPIML team consoled the victim family and assured them that they would do everything to give them justice.

This incident is a result of the Yogi government’s protection to upper dominant castes that are growing in confidence that they can perpetrate atrocities without facing consequences. Dalits have been oppressed across Uttar Pradesh, from Unnao to Hathras and other places, under the 4 ½ years of the Yogi regime. They have been subjected to feudal as well as governmental oppression.

CPIML held a protest on 12 July at the Chakia Tahsil HQs against the Chandauli incident and demanded the arrest of all the named accused persons, proper medical examination of the victims, Rs 2 lakhs compensation and pucca housing in lieu of the hut which was burnt down.