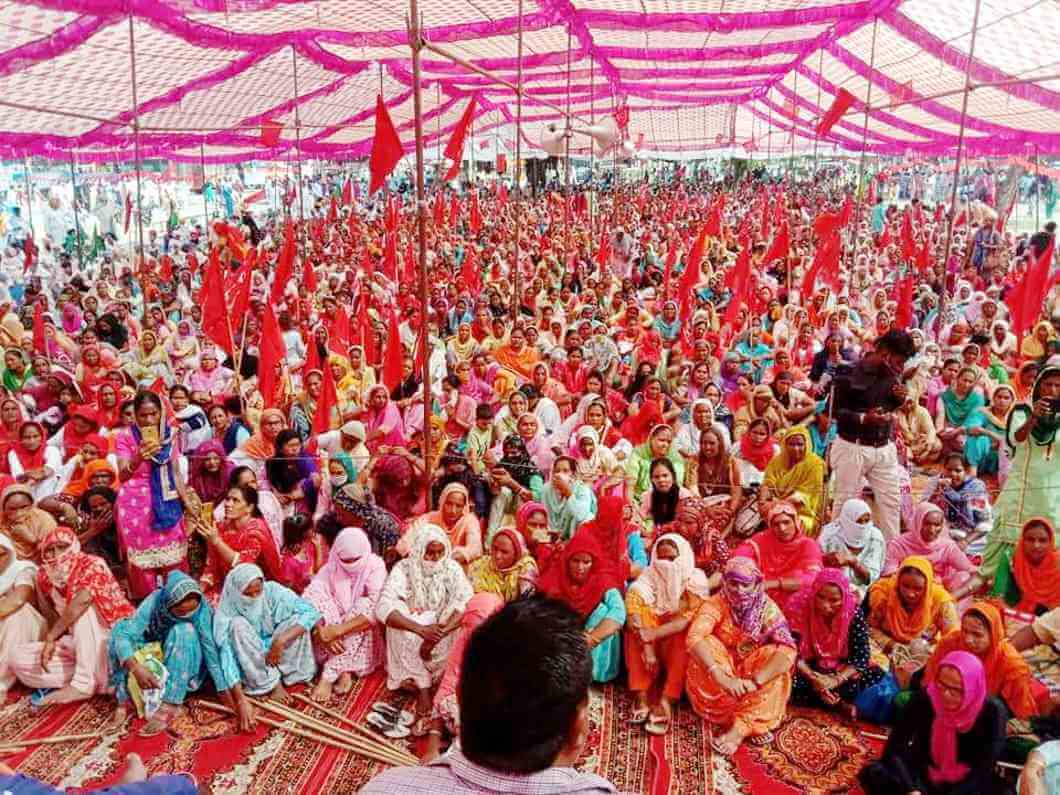 CPIML organized a ‘Loan Waiver for Women’ rally in Patiala on 8 October 2020 attended by thousands of women, farmers, workers and youth.

CPIML accused the Modi government of imposing Corporate Raj in the country in the name of nationalism. That is why the 3 new anti-farm Acts have been passed and the road opened for handing over farming to the corporates. Big corporate houses and companies have got huge loan waivers while poor women, workers, farmers and small traders facing Lockdown and recession have been given no relief.

Comrade Gurmeet Singh said that on the one hand the Modi government is weakening all constitutional institutions; while on the other hand they are selling off natural resources and national assets to private hands. Bhagwant Singh Samaon demanded that the Punjab government should fulfill its promise and waive all loans of women’s SHGs from finance companies. Action should be taken against agents who go to women’s homes and pressurize them for installments. Comrade Ruldu Singh said that if the Modi government does not withdraw the anti-farm laws, the farmers and workers of the country will ensure their exit from power. Rajvinder Singh Rana appealed appealed to revolutionary and Left parties to come together and fight the anti-farmer fascist Modi government.

The following resolutions were passed at the rally:

Present at the rally were leaders from AIPWA, AISA, Kisan leaders and labor leaders.