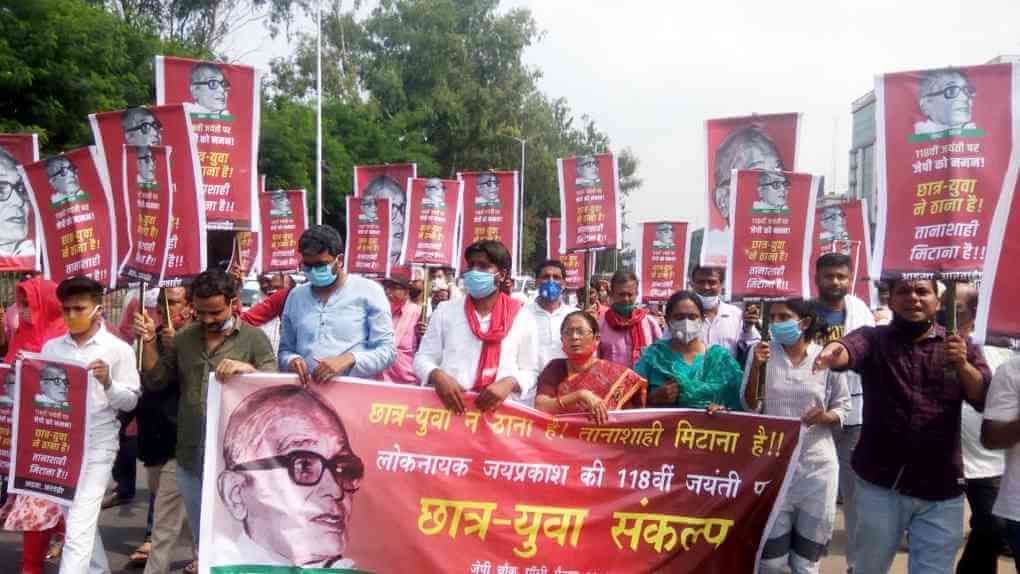 Addressing the press conference, Kavita Krishnan said that Jayprakash Narayan Ji’s birth anniversary is an occasion to remember, honor, and pay tributes to him. JP was the voice of democracy against authoritarianism. Today the entire country is reeling under the undeclared autocracy imposed on it by the Sangh-BJP. Therefore the best tribute that can be paid to JP would be to pledge to take the fight against authoritarianism to a decisive end. JP’s fight against the Indira autocracy was born on the soil of Bihar and spread across the country. He led the struggle which was fought by students and youth. In this election, the students and youth of Bihar have pledged to root out the BJP autocracy.

Mahagathbandhan supported CPIML candidate from Paliganj Sandeep Saurabh said that students and youth have started a remarkable mobilization on the issues of democracy, education and employment in the Bihar election. This Bihar election is in fact a battle between autocracy and democracy, and so the eyes of the entire nation are fixed hopefully on it. Nitish Kumar has betrayed the ideology and legacy of JP. It is the students and youth of Bihar who are carrying forward that legacy.

Shashi Yadav said that the truest tribute to JP would be to guarantee a decisive defeat for the autocratic BJP in the forthcoming election. She paid revolutionary greetings to Lok Nayak, the epitome of struggle against autocracy.

AISA National President and former JNUSU President N Sai Balaji said that the entire country is looking to Bihar today in the hope that the people of Bihar will teach a resounding lesson to the NDA and send a strong message against autocracy.