Seminar on Fascism: The World's Experience and its Indian Characteristics 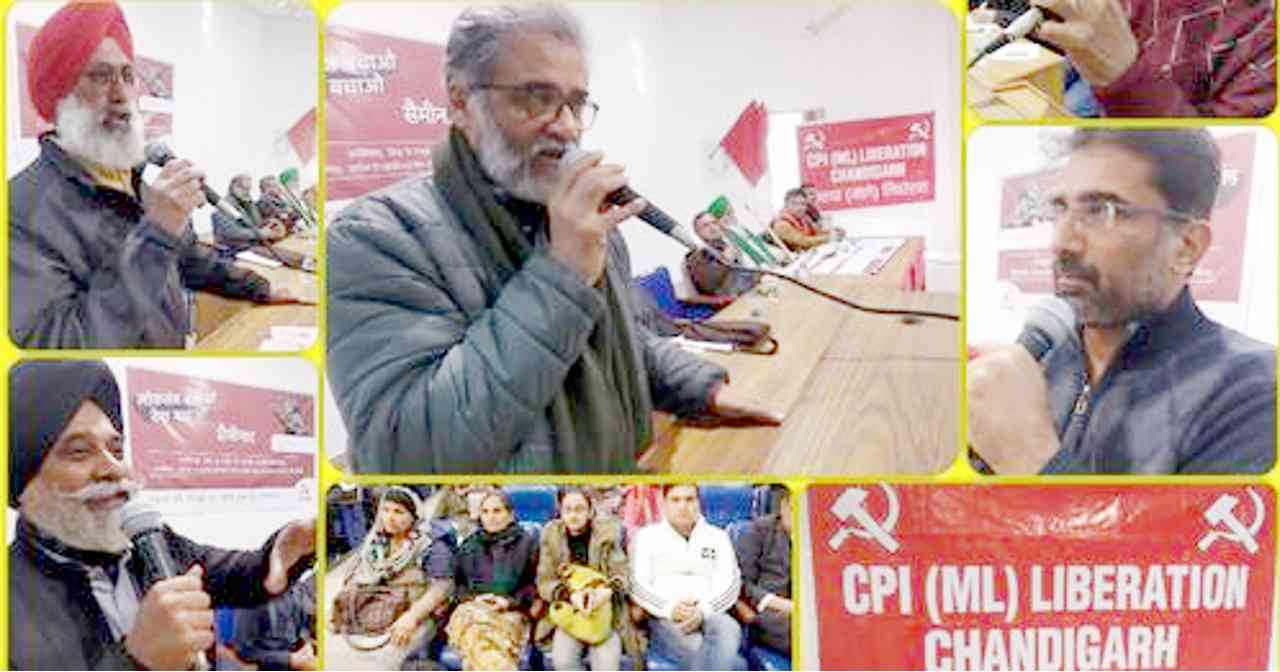 CPIML organised a seminar on 'Fascism: The World's Experience and its Indian Characteristics' in Chandigarh on 23 January. Com Dipankar Bhattacharya, General Secretary of CPIML, addressed the seminar as the keynote speaker. The seminar was presided over by Purushottam Sharma, Sukhdarshan Singh Natt, Ruldu Singh Mansa, Bhagwant Singh Samao and Satish Kumar and coordinated by Kanwaljit, secretary of the Chandigarh unit of CPIML.

Comrade Dipankar Bhattacharya in his speech said that ever since the Modi government came to power, the Constitution, democracy, the secular character of the state and the federal structure are being constantly undermined. He said that the parliamentary elections of 2024 are very important for the future of the country. To save democracy in the country it is necessary to defeat the BJP. He said that different parties are in the role of opposition in different states, everyone should fight strongly against BJP in their respective states. Each state may have a different formula for the unity of the opposition parties, the efforts are being made to create a comprehensive unity against the BJP at the country level. Citing the examples of Tamil Nadu, Punjab, Kerala and West Bengal, he said governors in states ruled by opposition parties were openly working as agents of the central government. These acts of the governors are a gross violation of the concept of federal structure and the rights of the states, so such unconstitutional acts that disturb the unity of the country should be stopped immediately. The Modi government was behaving more like a fascist regime making it a threat to the existence of all constitutional institutions. The general public votes for basic needs like employment, housing, education and health, but the Sangh-BJP are instead misusing the power to push their corporate-oriented communal agenda. Today, communal hate mongers, murderers, rioters and corrupt people who embezzle trillions of government money are roaming free, but the social and political activists who raise their voice and struggle for the rights of Dalits, labourers, youth, adivasis and minorities are becoming victims of state persecution, lies and fake propaganda. People raising their voices are being implicated in false cases and killed in fake police encounters.