Protest in Delhi against Impending Demolition of Hundreds of Houses

On 11th January, 2023, the Archeological Survey of India (ASI) served notice to thousands of residents living around Tughlaqabad Fort to vacate their houses or face demolition within 15 days. The demolition notice comes in the context of a Supreme Court directive to ASI to remove encroachments from the area around the Tughlaqabad Fort. It is to be noted that the Supreme Court has also asked the ASI to conduct a survey of the said area. But the ASI has failed to do so till now. Without fulfilling the mandatory task of conducting a survey, the ASI has now served notice of demolition to the residents. No resident living in Delhi can be forcibly removed from their houses without first being provided with alternative rehabilitation according to laws implementable in Delhi. But the ASI has not bothered to conduct a basic minimum requirement of conducting a survey that can be the basis of rehabilitation of these residents. One of the reasons for the failure of the ASI to conduct the survey is the fact that houses of several politicians, including the residence of Member of Parliament (South Delhi constituency) from the ruling Party at Centre comes within the stipulated area for which the survey was to be conducted.

Similarly, demolition notices have been served to thousands of residents of Mehrauli on 12th December by the DDA. These residents are also on the verge of becoming roofless without any promise of rehabilitation.

On 19th January, the MCD demolished several buildings in Delhi’s Wazirpur area without any prior notice.

Abhishek Kumar of AICCTU said that the residents from these areas joined the protest along with activists of Awas Adhikar Manch, AICCTU and AISA. Raju Jha, resident of Tughlaqabad said, "We have been residing in the area for the last several decades. Several generations have lived in the area, grown up and earned their livelihood. While people like us are on the verge of becoming roofless, the palaces of leaders are safe."

Anita from Kharak Satbari said, "Is it a crime to build a house in the city that we live. Has not the party in power promised Jaha Jhuggi Wahan Makan time and again during poll time?"

The residents have demanded to stop this reckless bulldozer governance of Modi Raj. 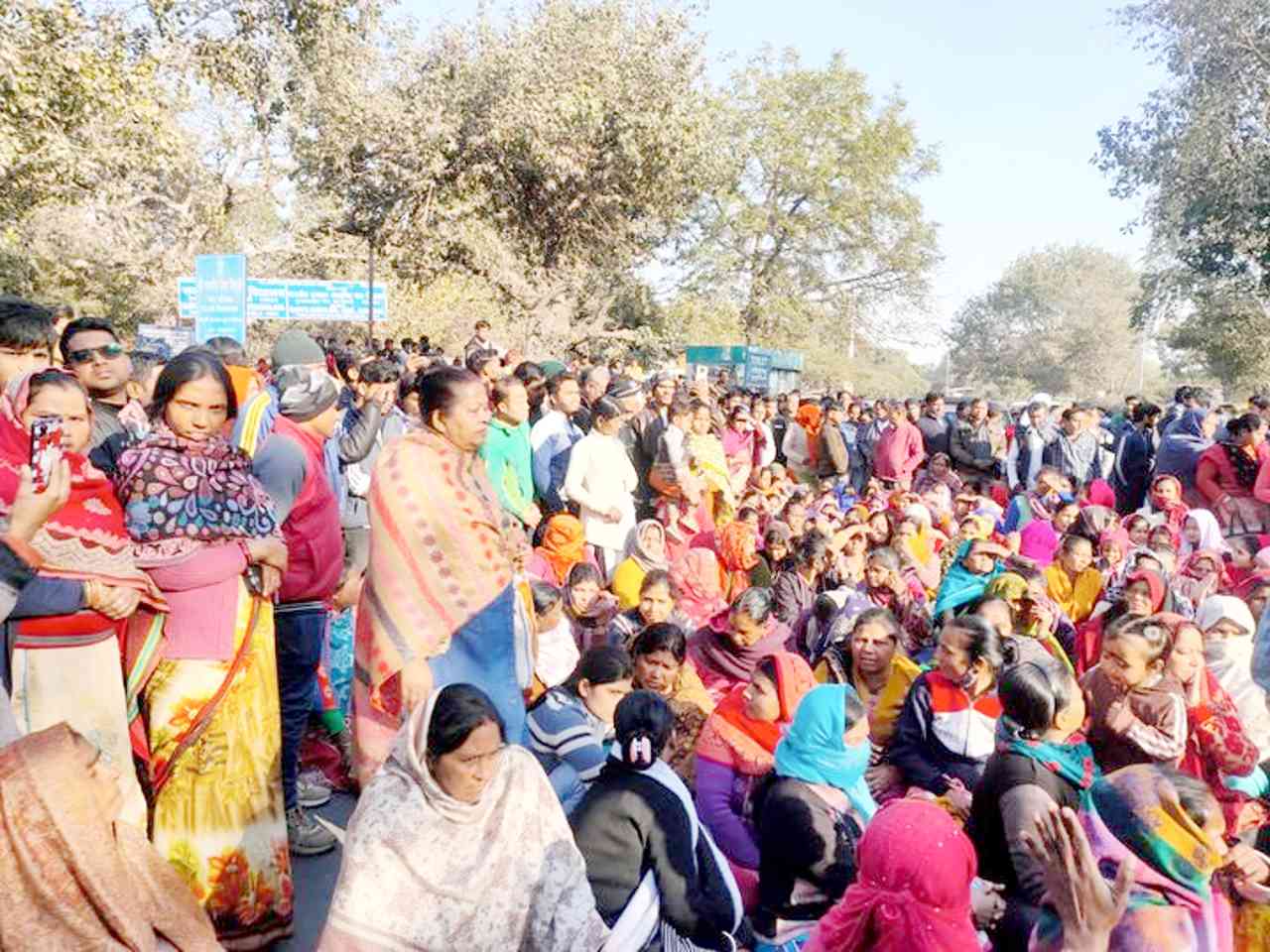