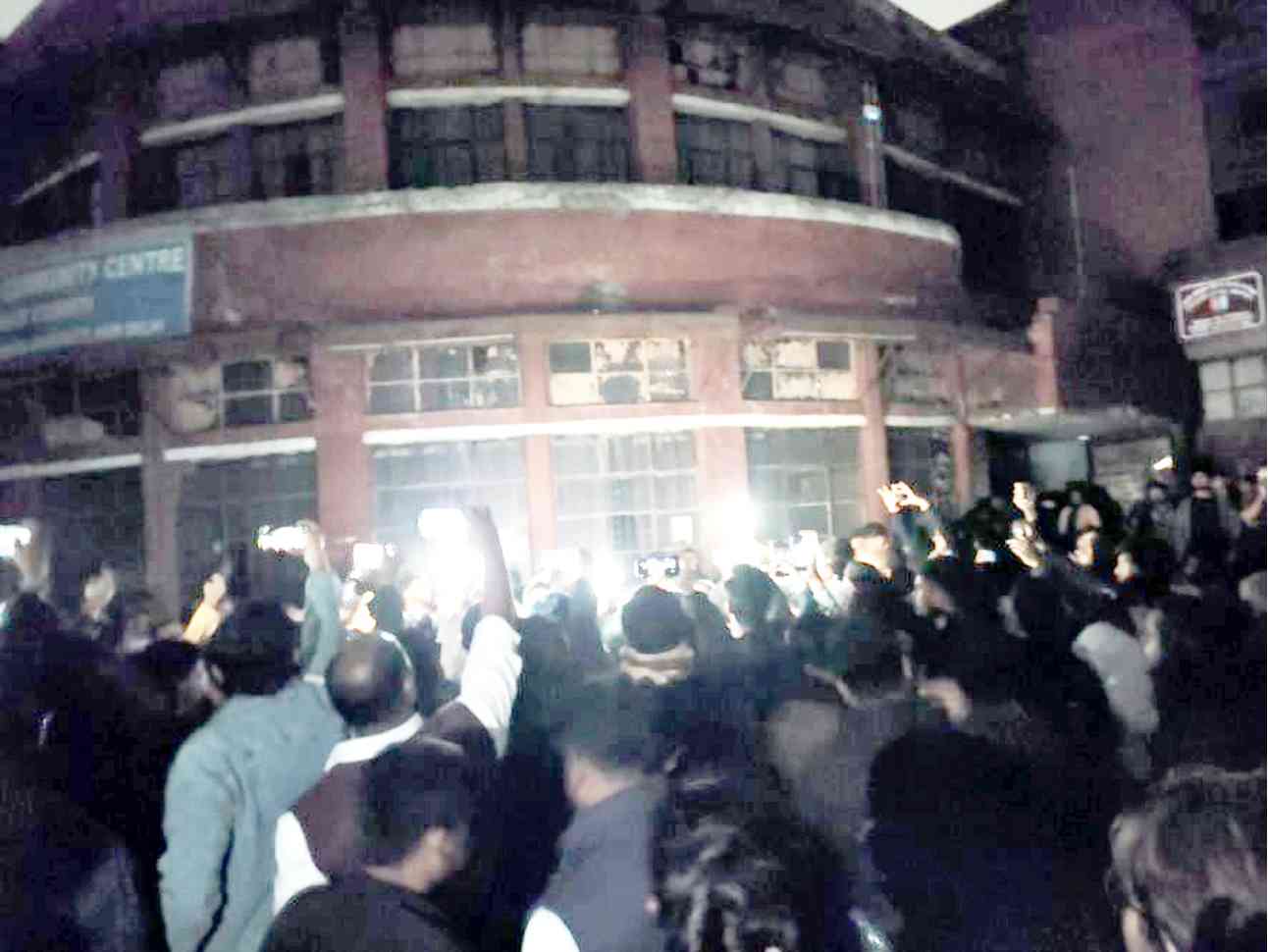 JNU Students Union had organised the screening of BBC documentary India: The Modi Question in the evening of 24 January. Just thirty minutes before the scheduled screening time, the electricity connection to the entire JNU campus strangely failed.

Nevertheless students gathered at the venue for the screening with their laptops and bluetooth speakers. The students had resolved to watch the documentary despite the numerous obstacles. While the students were peacefully watching the documentary on laptops, ABVP goons suddenly started pelting stones and broken glass bottles at the students in the dark.

The students somehow escaped from the venue and marched towards the Main Gate in protest of hooliganism. Even during the peaceful protest of the students, ABVP goons repeatedly pelted stones and attacked numerous students. Several female students were harrassed amidst the growing chaos.

AISA JNU strongly condemned this hooliganism by the ABVP. The democratic voice of the students will rage against fascist politics of BJP - RSS.