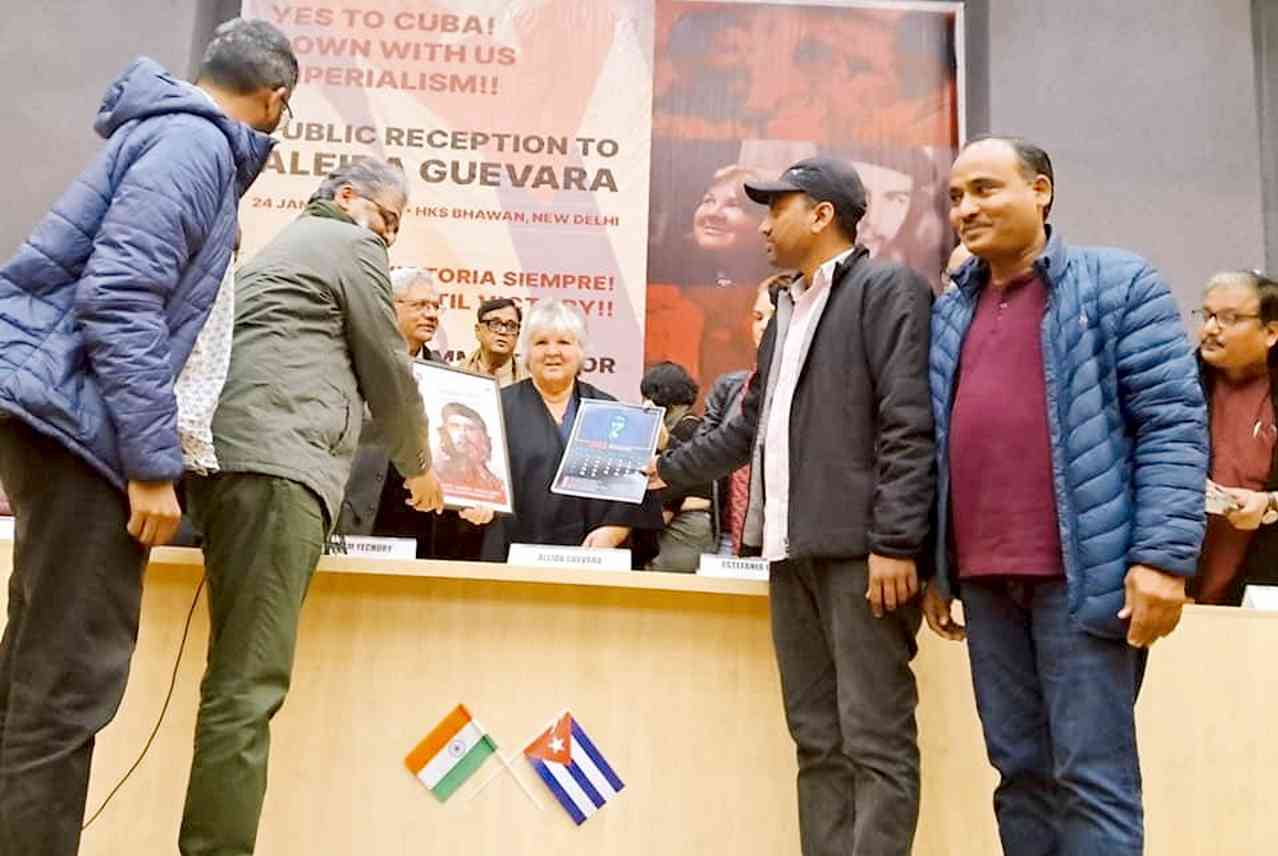 A Public Reception was organised on 24 January at HKS Bhawan, Delhi welcoming Aleida Guevara, daughter of Che Guevara and her daughter Estefania Guevara who had been touring India for the last couple of weeks. Among the people who addressed the gathering were Dipankar Bhattacharya, General Secretary, CPIML, Sitaram Yechury, CPM General Secretary, D Raja, CPI General Secretary, Manoj Jha, MP and leader RJD, Alejandro Simancas, Cuba Ambassador to India and intellectuals, teachers and others from Delhi.

It was inspiring to listen to Aleida who spoke as a socialist doctor full of empathy for people living in worse circumstances than Cuba (she gave examples from her own experience of treating people in Angola) as well as Cubans subjected to untold sufferings because of the harsh US embargo (which compels Cuba to import powdered milk from as far as New Zealand incurring considerable extra cost, and yet it ensures a litre of milk everyday for all children and elderly people). She carries Che's legacy of revolutionary optimism and solidarity backed by the might of united and determined struggles of the people and has great respect for India's anti-imperialist freedom movement.

Comrade Dipankar Bhattacharya said that it's a shame that India under Modi has got so strategically aligned with US and Israel that solidarity with Cuba and Palestine is now alien to India's foreign policy. As inheritors of India's anti-imperialist legacy we the people of India will have to amplify the global voice of solidarity as much as we strengthen our own domestic struggle to save democracy and save India from the disastrous stranglehold of fascism. 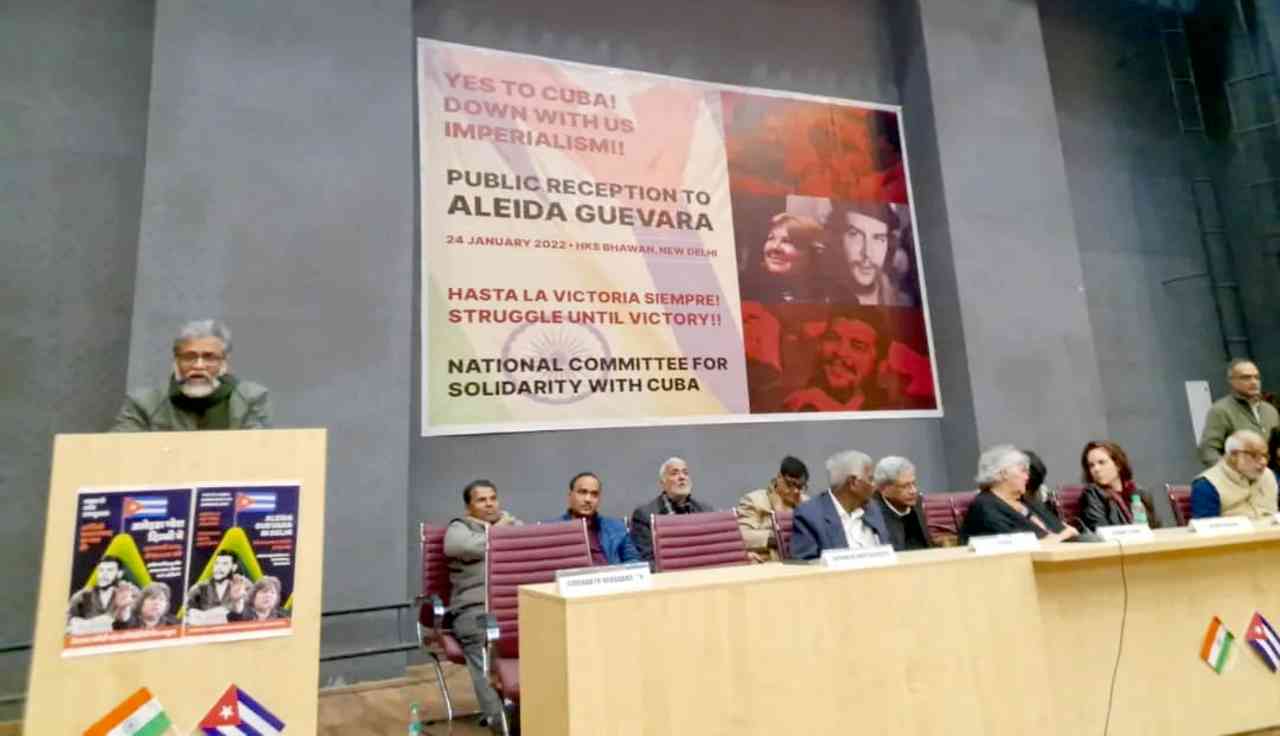