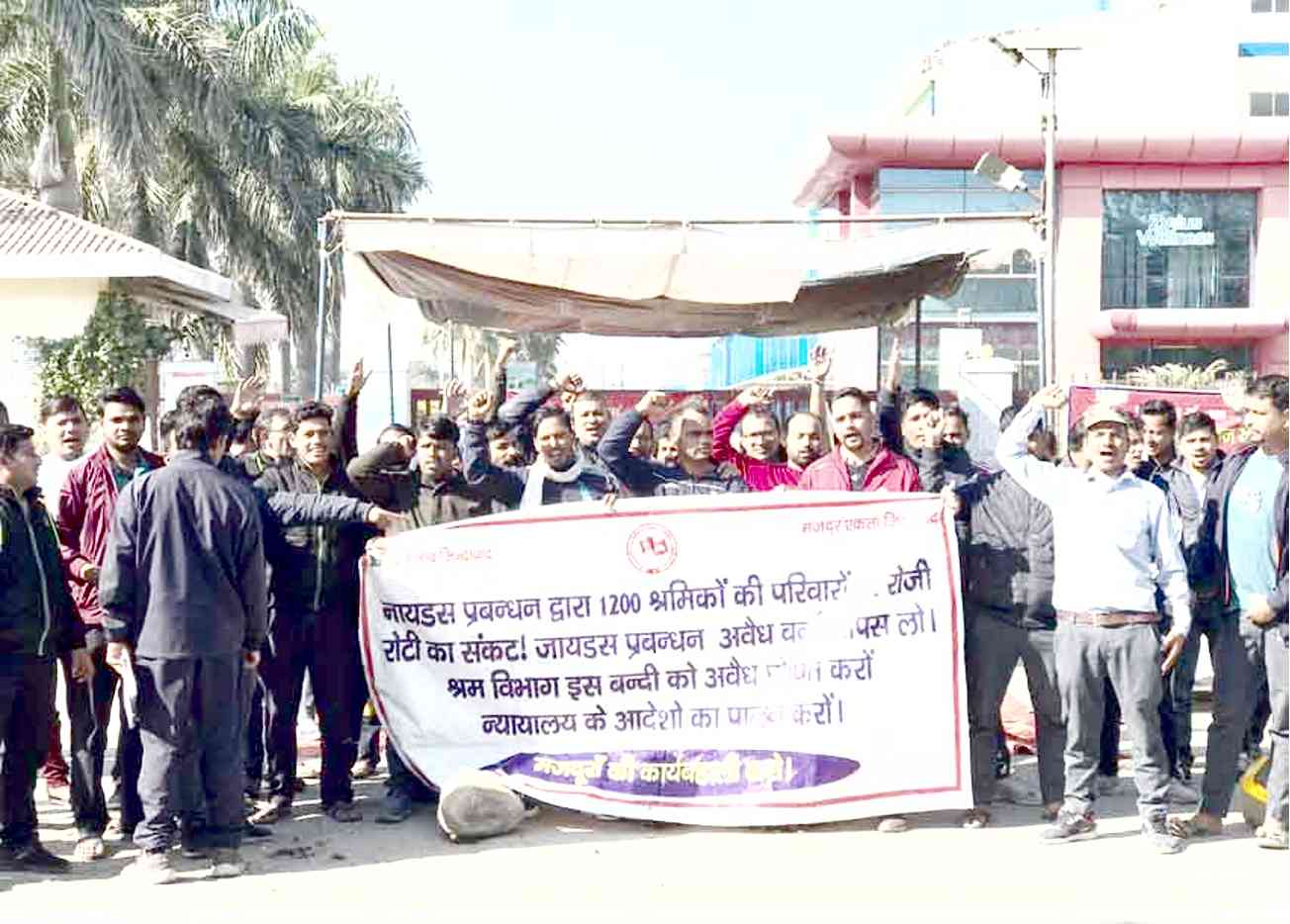 1200 hundred workers of Zydus Wellness company under the banner of Zydus Wellness Employees Union (AICCTU) have been protesting for more than 220 days against the illegal lockout at company's Sitarganj (Uttarakhand) production facility in the state.

Zydus Wellness is an Indian consumer goods company and produces household goods like Glucon-D, Sugar Free, Complan and Nycil. The unit was closed by the company in the name of 'manufacturing and supply chain network optimisation exercise', leaving hundreds of workers out of job.

KK Bora, secretary of AICCTU Uttarakhand noted that the “Zydus, which is well known Indian brand is trying to take away the livelihood of workers under the false pretext of losses despite the fact that company’s Q1 (April-June) net profit increased by 4.75% at Rs 137.01 crore for the year 2022. The unit closure at Sitarganj is just an excuse to retrench workers to ensure super profit for the company, and such a move is illegal.”

On November 30, after Zydus workers' protest to Vidhansabha the government issued an order declaring the lockout at Sitarganj illegal under the labour laws. Still the illegal lockout continues with full impunity thanks to the Uttarakhand BJP government’s betrayal to the cause of the workers.

The workers have demanded that the Zydus must comply with the order and remove its illegal lockout. Further, all the employees must be taken back and the pending wages and other benefits must be paid by the management.

The workers’ sit-in protest continues for more than 220 days, they are also campaigning among the local population for solidarity in various forms. On 23 January they organised a Twitter storm which trended nationally.