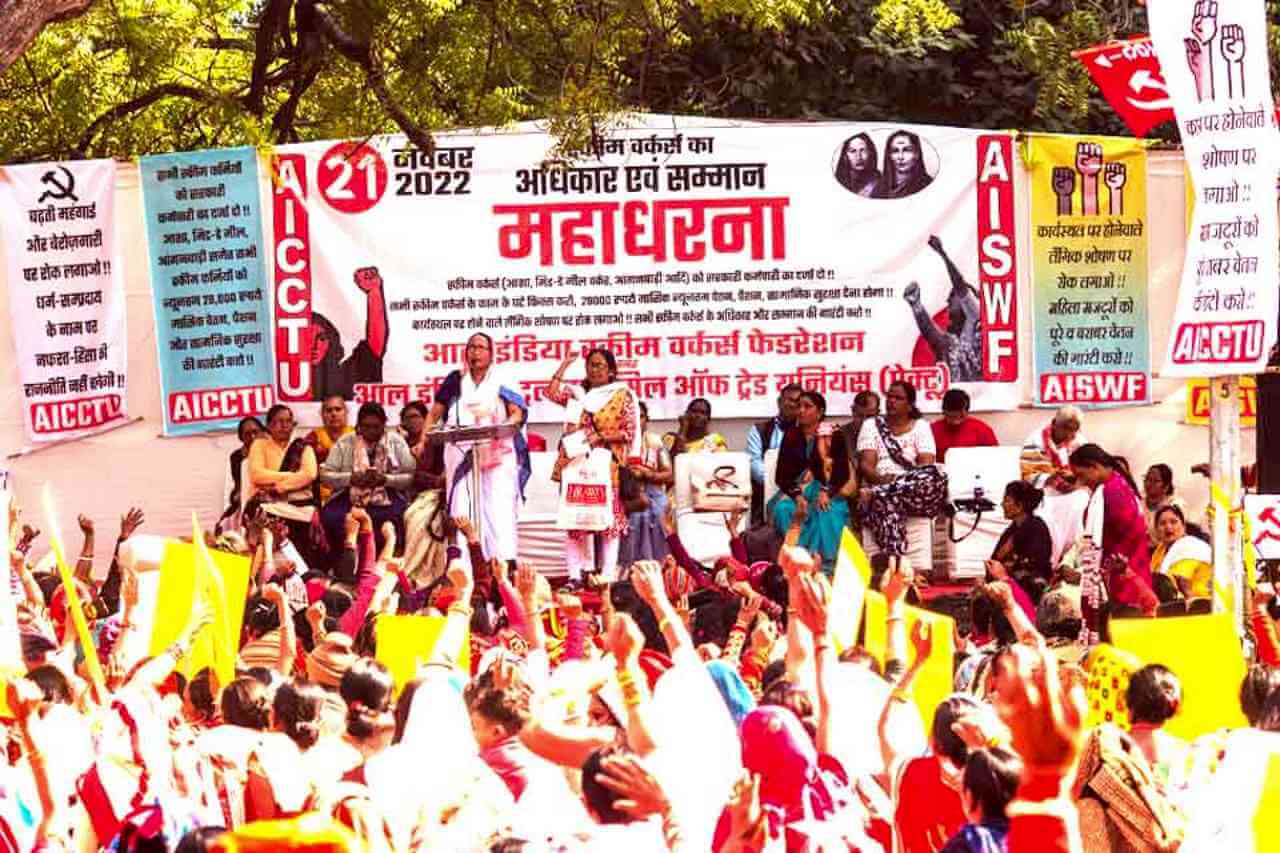 More than 2000 scheme workers, backbone of India's health and social welfare schemes, including mid-day meal and community health services workers gathered at Delhi's Jantar Mantar on 21 November in protest against Modi government's attempts to trample their rights. They are demanding their labour rights, proper wages, rights and dignity.

The All-India Central Council of Trade Unions (AICCTU) has launched a nationwide campaign to ensure justice and dignity for India’s Scheme Workers, and to demand their constitutional rights. As part of the campaign, AICCTU has organized a protest demonstration in Delhi on 21 November 2022. Scheme workers from all states, and their allies, have joined the demonstration.

Shashi Yadav, National Convener of All India Scheme Workers Federation said, “Fixed working hours for scheme workers is a must. A gender cell should also be formed to prevent sexual harassment at the workplace.”

Rajiv Dimri, General Secretary of AICCTU said, “It is highly unjust that the scheme workers do not have the status of government employees. This should be immediately remedied.”

Shweta Raj, General Secretary, Dilli ASHA Kamgar Union (AICCTU), drew attention to the plight of the ASHA workers. She said, “On the one hand, the ASHAs have recently been honoured with the “Global Health Leaders’ Award” by the World Health Organization (WHO). On the other hand, they neither get a respectable salary, nor do they have fixed working hours, and are regularly mistreated in dispensaries and hospitals. Many ASHAs lost their lives while performing their duties during the pandemic but their families have not received any compensation so far.”

The following demands have been outlined at the demonstration: