'Save Constitution, Save Democracy! Build India of Martyrs' Dreams!' 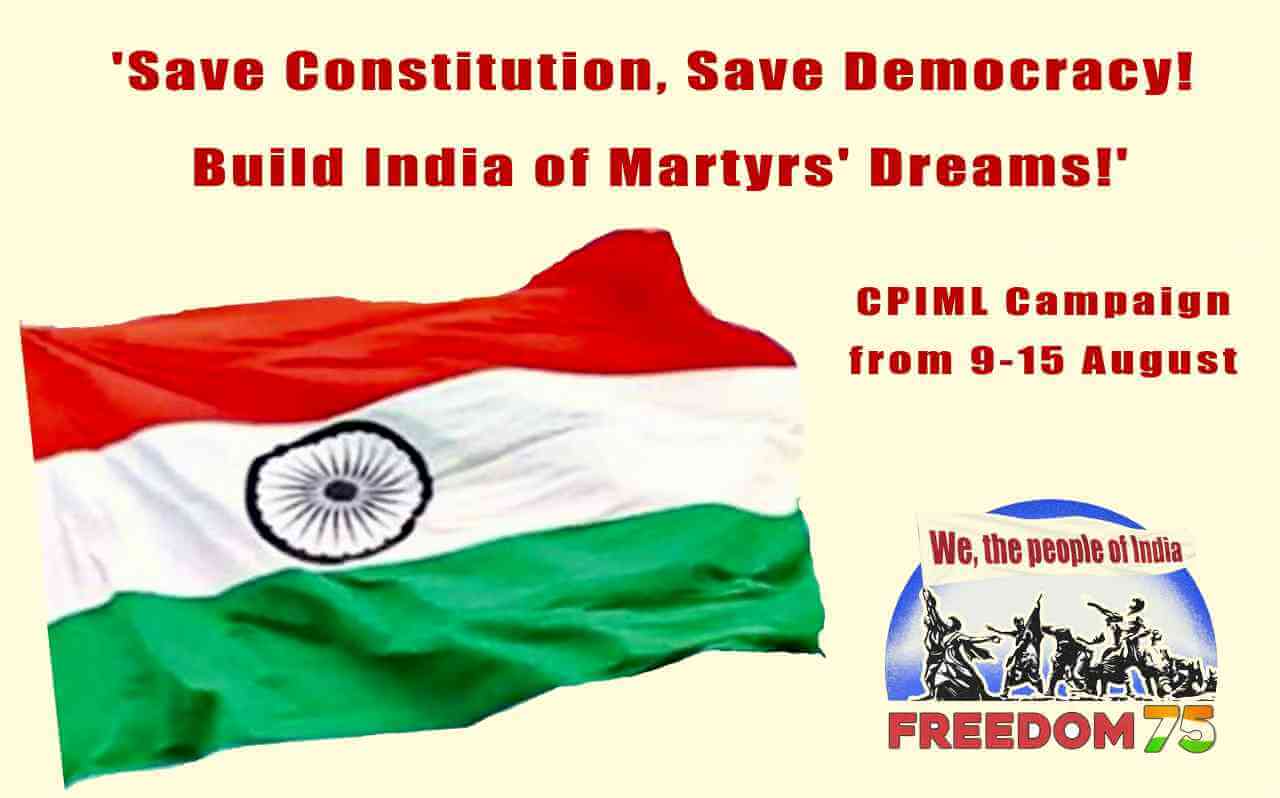 A national campaign will be organized across the country from 9 to 15 August with the slogan 'Save Constitution, Save Democracy! Build India of Martyrs' Dreams!' to fulfill the vision enshrined in the Preamble to the Constitution of making India a sovereign, secular, socialist and democratic country against the relentless attacks on the values and vision of the Constitution, democracy and freedom.

CPIML General Secretary Comrade Dipankar said that marches will be organized across the country with the tricolour held aloft. On 15 August the tricolour will be hoisted at party offices, villages and towns and collective readings of the Preamble to the Constitution will be organized. He was addressing a press conference in Patna on 2 August with the Bihar State Secretary Kunal and Politburo members Dhirendra Jha and Amar.

The Government of India has launched a drive for 'Har Ghar Tiranga' (tricolour in every home) from 13 to 15 August. The government says the tricolour can be purchased for Rs 25 at post-offices. In this regard CPIML has written to President Draupadi Murmu and appealed that all ration card holding families should be provided with free flags through the Panchayati Raj institutions. The common people will not be able to purchase and hoist the flag in the current situation of inflation, unemployment, hunger and drought.

On the other hand, the government has amended the Flag Code 2020 and allowed the use of machine-made and polyester flags. In other words, now the National Flag can also be imported. This is contrary to the sentiments of the freedom movement. Khadi is the identity of our national movement. Therefore the government should roll back this amendment and guarantee the use of khadi flags.

Programs related to 75 years of Independence have been going on in Bihar for the past one year. The series of programs continues, honouring Batukeshwar Dutt in Patna, Batakh Miyan in Motihari, renovation of the Gandhi Library in Arwal, and also in Arwal honoring of 1857 revolutionary hero Jeevdhar Singh. As part of this series, a freedom march and meeting will be organized on 21 September at Rajauli in Nawada in memory of the historic Rajwar Rebellion which continued for 10 years after the 1857 freedom struggle.

Bihar is currently in the grip of drought. People are in great distress. In this situation the BJP held an executive meeting of its 7 Fronts at great expense and with much ostentation. BJP is using Bihar as a laboratory where it takes everything but gives nothing.

AISA and the student-youth of Bihar deserve congratulations for reminding JP Nadda that this is the land of Jayprakash Narayan. Central University status for Patna University has been a long-standing demand. The BJP is unable to fulfill even this small demand.

In the 70s when democracy and fundamental rights were suspended and autocracy was imposed, Bihar was on the frontline of the nationwide movement against autocracy. The country became rid of Emergency in 1977. Today once again Bihar is at the forefront of the fight against the current Undeclared Emergency. Bihar will lead the movement to oust the Modi government from power in 2024. 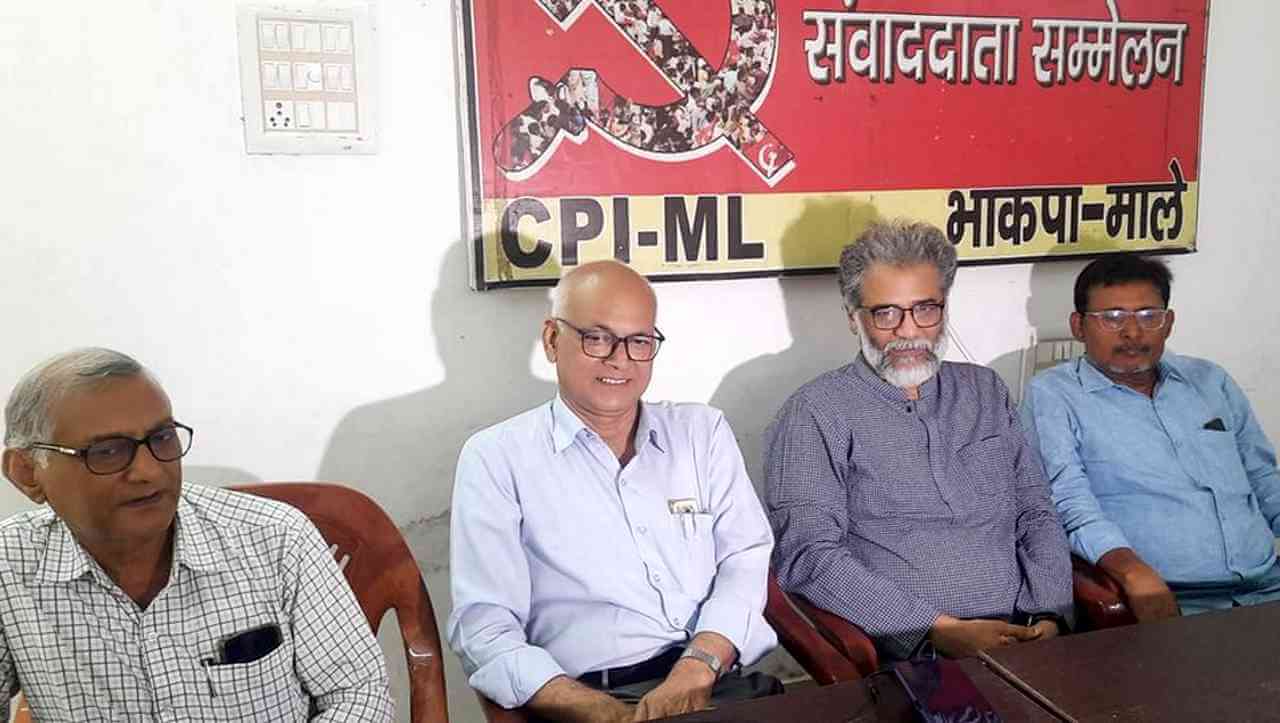