Police Responsible for the Custodial Killing of Ramsevak Ram in Samastipur: SC/ST Committee 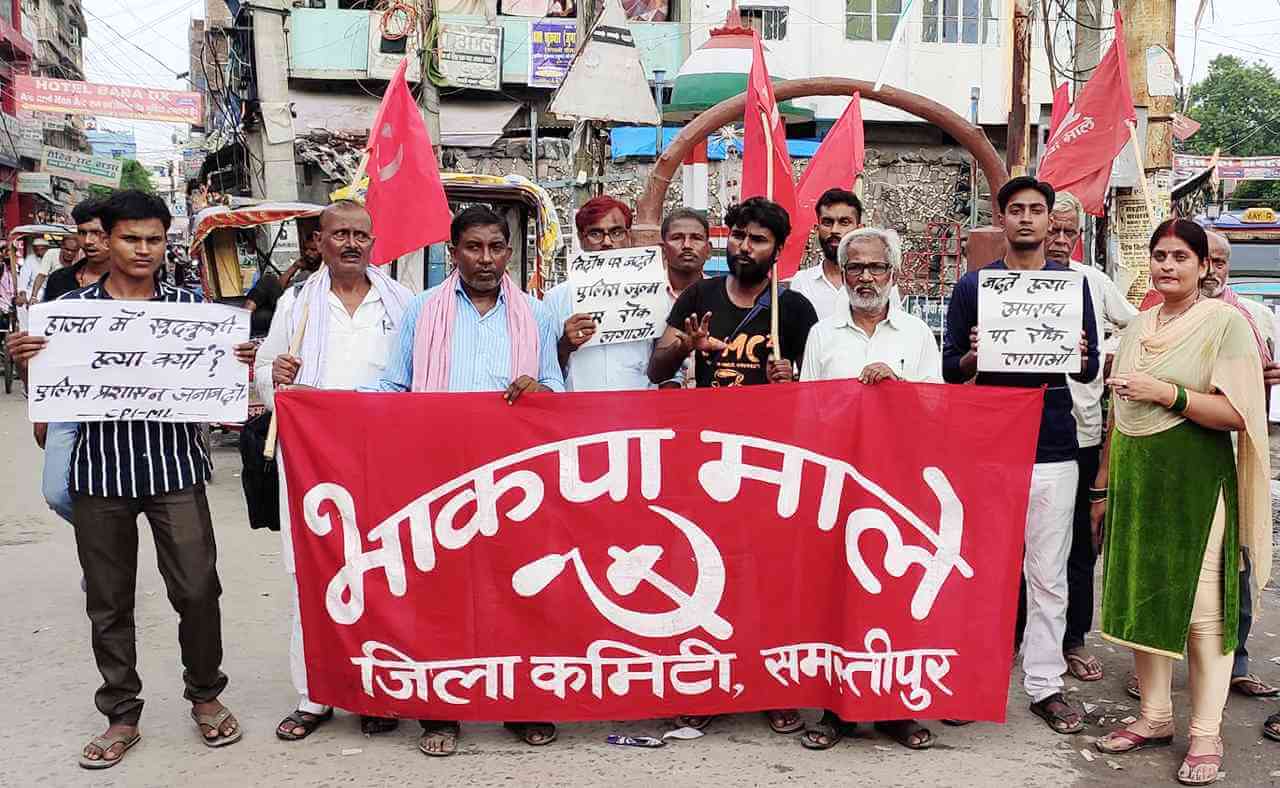 Last year in Bihar a sanitation workers was beaten to death for demanding his unpaid wages, in custody of the Samastipur police.

The SC/ST Committee enquiring into the custodial killing of sanitation worker Ramsevak Ram in Rosda in Samastipur District has held the Thana in-charge, SDPO and SI Rajiv Ranjan responsible for Ramsevak Ram's death. After the committee's findings, ADG has directed the SP to register a case immediately and take action.

It may be recalled that last year a sanitation worker Ramsevak Ram died in custody after which CPIML and AIARLA organized a struggle on the streets as well as inside the Assembly. After the relentless movement organized by CPIML this issue was raised in the SC/ST committee presided over by the Chief Minister. As no case was registered the victim family had not got any compensation so far; on the contrary, the kin of the deceased were being targeted.

CPIML organized serial protests for an entire month on this issue across Mithilanchal region of Bihar. The pressure from this movement prevented the arrest of the victim family members. False cases had been registered against journalists, local people and family members of the deceased. The mother of a 9-month old baby girl was sent to jail. The wife, sons and daughter-in-law of the killed sanitation worker were made the accused.

Organizing protests across the District, a mass protest meeting was held in Samastipur. CPIML MLA Sandeep Saurabh went to Rosda to meet the victim family. A big convoy from Samastipur, Darbhanga and Beguserai led by CPIML General Secretary visited Rosda. General Secretary Dipankar Bhattacharya called for the struggle to continue until the victim family got justice. He said that beating a person to death for demanding payment of arrears is feudal brutality. The Nitish government should take cognizance of this immediately. He demanded Rs 20 lakhs compensation for the family of the deceased dalit sanitation worker and action against the officials responsible for the crime. AIARLA gave an assistance of Rs 50,000 to deceased Ramsevak Ram's wife.

CPIML Mithila-Kosi in-charge Dhirendra Jha demanded immediate arrest of such brutal corrupt officials. He reiterated the demand for 20 lakhs compensation and land and housing for the victim family under the PM Aawas Yojana. It should be noted that a family of 10 lives under a plastic sheet spread over a tiny piece of land in the dalit tola of Rosda Bazaar. Action in this matter should also be taken against the Rosda municipality officials. CPIML will continue this struggle in the days to come.