Fact Finding: Report on the Killing of Dalit Youth in Lucknow Rural 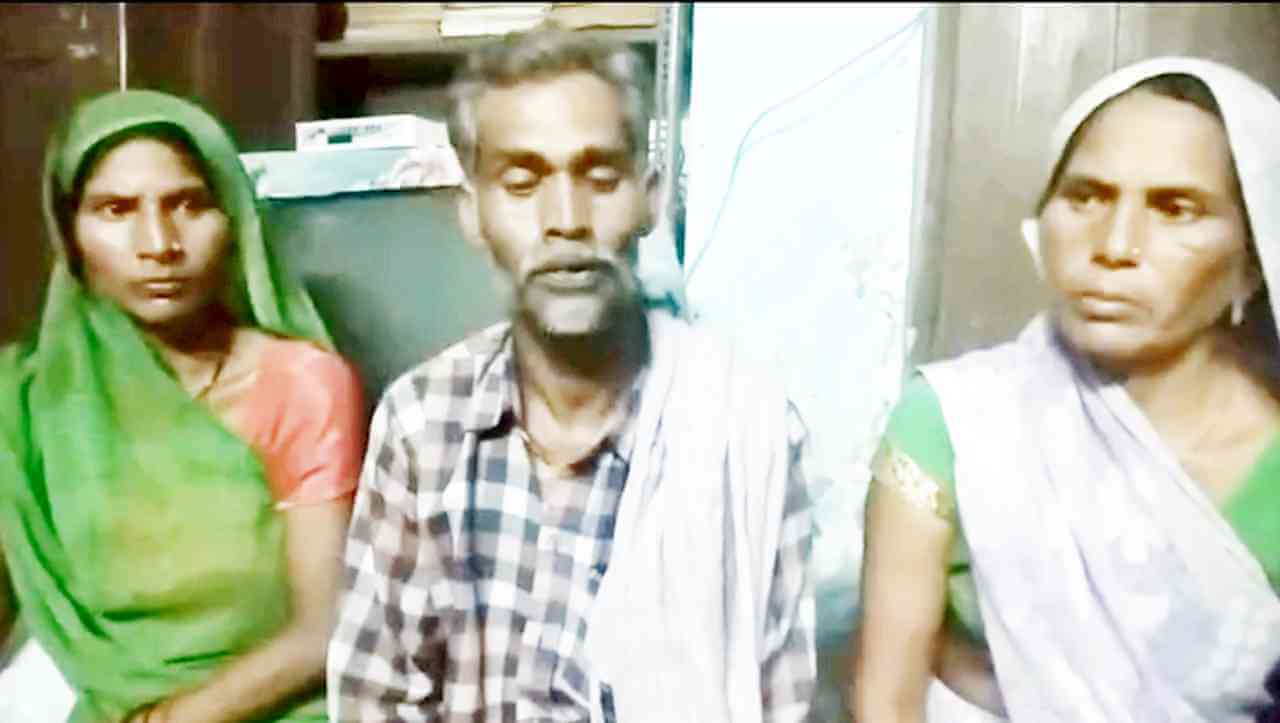 On 18 June 2022 18 year old Shivam, who was sleeping on a charpoy outside his house in Raniyamau village (Lucknow Rural) under Mal Thana, was killed when a bomb placed under his charpoy exploded. A month has passed after the incident and the explanation given by the police is not only unbelievable but also puts several question marks on the investigation process of the police.

A CPIML team visited Ranuyamau village on 30 July to try and find out the facts. The 4-member team comprised Ramesh Sengar (CPIML Lucknow District in-charge), Kamla Gautam (AIPWA), Ayush Shrivastava (AISA State President) and Rajiv (RYA State Joint Secretary). Speaking to the deceased Shivam's father Mewalal the team learnt that the incident took place at about 12.30 am on the night of 18 June. The family hurriedly took the seriously injured Shivam to the Primary Health Centre from where, after first aid, he was referred to the KGMU (Lucknow) Trauma Centre. Even after such a criminal incident, the police did not accompany them and, according to Shivam's family, neither were his injuries medically examined, nor was a statement taken in front of the Magistrate.

Mewalal went to the Thana at 2 pm the next day, 19 June, to register an FIR and it was 6 pm by the time his report could be registered. According to the kin of the deceased, the local in-charge Ranvijay Singh told them there is no need for worry, this is only a diwali 'patakha' (firecracker), whereas the force of the bomb and the evidence clearly show that this was not just a diwali patakha, as after the bomb exploded Shivam was flung far away to quite a distance. His body had such deep injuries that could not have been caused by a diwali cracker.

The two eyewitnesses after the incident were the aunt (Kamla) of the deceased and the mother Savitri who were also sleeping close by. According to them as soon as the bomb exploded they saw that Shivam had fallen down and his body was afire. Soon after that they saw two persons standing near a pillar close by, whom they identified as Harikesh Singh and Dipu Singh. The family had informed the police of this. According to the family, the houses of both these persons are at a distance of about 500m from the site of the incident. According to the aunt Kamla, even their own relatives who live close by could not reach the spot so soon, so what were these persons doing there at the time? But the most serious question about the whole police process is, why have the police not recorded any statement by the family of the deceased so far? Clearly, the police and administration are doing an arbitrary investigation and want to create a different narrative about the incident.

Acording to the family, Harikesh Singh and Dipu Singh work for Tej Bahadur Singh, a resident of the village. A land sale-purchase dispute was going on between Tej Bahadur, Harikesh, Dipu, and Sarojini, wife of late Rajesh Singh. Out of courtesy, Mewalal tried to help Sarojini by putting her in touch with a lawyer. This made Tej Bahadur annoyed with Mewalal. About 3 months ago Harikesh, who works for Tej Bahadur, gave a death threat to Mewalal. It should be noted that there are many criminal cases against both Tej Bahadur and Harikesh. The family of the deceased says that the local dominant section farmer leader Rakesh Singh took all 3 accused persons, Tej Bahadur, Harikesh and Dipu, to the Thana himself. Clearly, people with political clout are being used to hide the truth of this case.

The family members told the team that after Shivam's death, MP and Union Minister Kaushal Kishore visited them on 24 June. He told them, "If you don't get justice by 30 June, bulldozers will be deployed against the criminals". But later he pleaded pressure from above and refused to help them.

The family members said that one day the police called all three accused persons Tej Bahadur, Harikesh and Dipu for interrogation but let them go the same evening. Later the police changed the narrative and arrested three innocent persons Anshul, Mohit and Billu. According to the mother of Anshul and Mohit the police called Anshul to the Thana on 10 July for a statement. Mohit also went to the Thana with Anshul. Later they came to know that no statement was recorded but they locked up Anshul in the Thana. Mohit Singh was allowed to leave the Thana on that day but when he went to enquire about Anshul the next day he was also imprisoned. On 14 July both Anshul and Mohit were booked. When Shivam's uncle Brijmohan went to the Thana to meet them he found that the police were having to support Anshul and Mohit for them to sit. They could not even walk on their own. It appears that they were tortured in police custody.

Another important thing the family spoke about was that according to Dipu's aunt, Dipu had come back from Lucknow city on that same day just before the incident and at night Tej Bahadur, Harikesh and Dipu had drinks and meat at Ramkumar Singh's house, and a short while later at about 12.30 am the bomb exploded under Shivam's cot. According to the family members, immediately after the incident Harikesh and Dipu who were present there asked deceased Shivam's aunt, "Since when has the son been sleeping here? Mewalal used to sleep here, no?" This indicates that Mewalal was the actual target of the killing but his son Shivam who had returned from Haridwar just on that day became the victim instead. Mewalal says that as the investigation progressed, Tej Bahadur threatened him openly saying, "The son has been killed, now Mewalal will also be killed". Thus Mewalal and his family even today live in fear of their lives.

The enquiry team concluded that persecution and oppression of dalits has reached its peak under the Yogi regime. The named accused persons in the case of a dalit youth's murder have not been arrested till today. The police are under political pressure and are shielding the criminals by creating an imaginary false narrative.

The CPIML has demanded a high level enquiry and arrest of the named accused persons. They have also demanded that the victim family be paid Rs 50 lakhs as compensation.