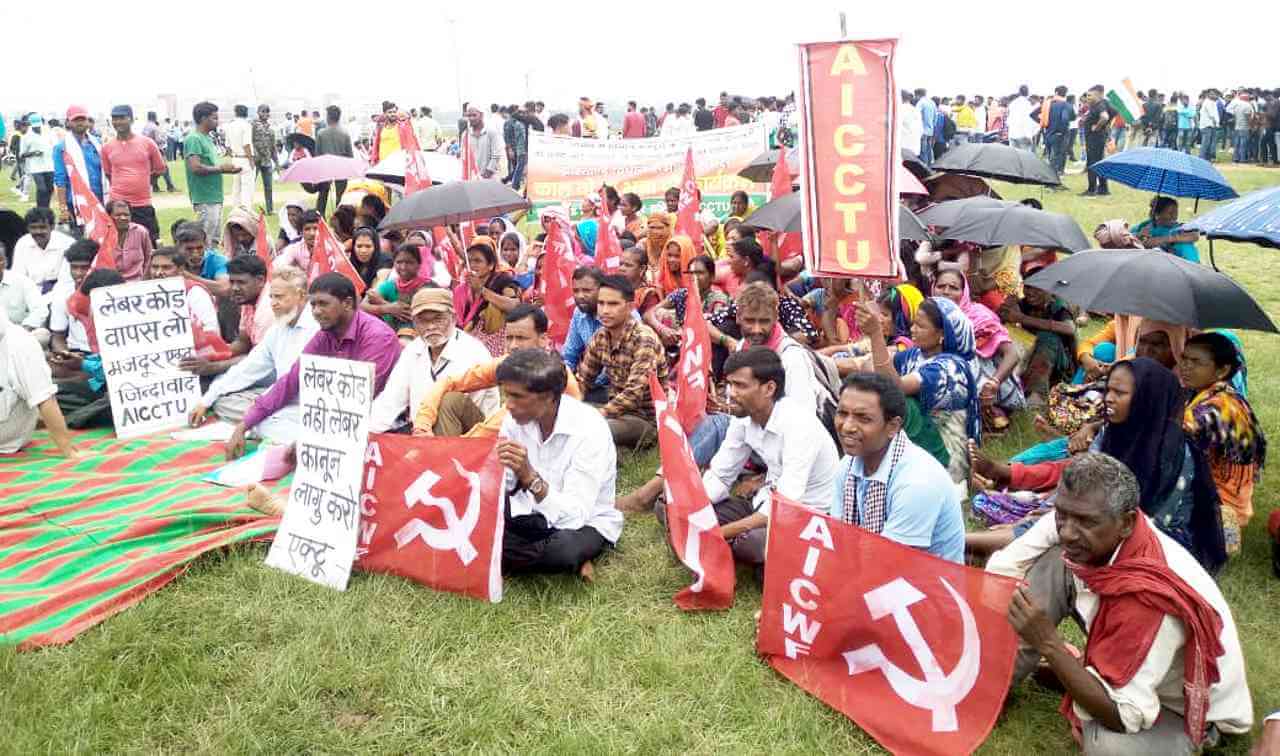 A memorandum was submitted by Jharkhand Nirman Mazdoor Union via the 'Provide Work or Give Allowance' campaign organized in front of Jharkhand Assembly, as well as in District HQs and Labor Superintendent Offices.

The union brought the attention towards the plight of construction workers in the state who are facing an unprecedented employment crisis due to the ban on sand mining and on crushers across the state. This situation has brought the construction workers to the brink of starvation. Moreover, inflation, drought, and stoppage of wheat supply are further aggravating the food crisis.

The union also demanded to start free bus services for construction workers from Chowks next to all District HQs including capital Ranchi and arrangements for pucca houses and roads, drinking water and toilets in all Mazdoor Bazaars/chowks.

The demand for giving pension benefits to those registered in the Construction Workers Welfare Board and who have deposited their contribution was also reiterated, besides scrapping of the four enslaving labour codes.