Atrocity against Dalits in Odisha 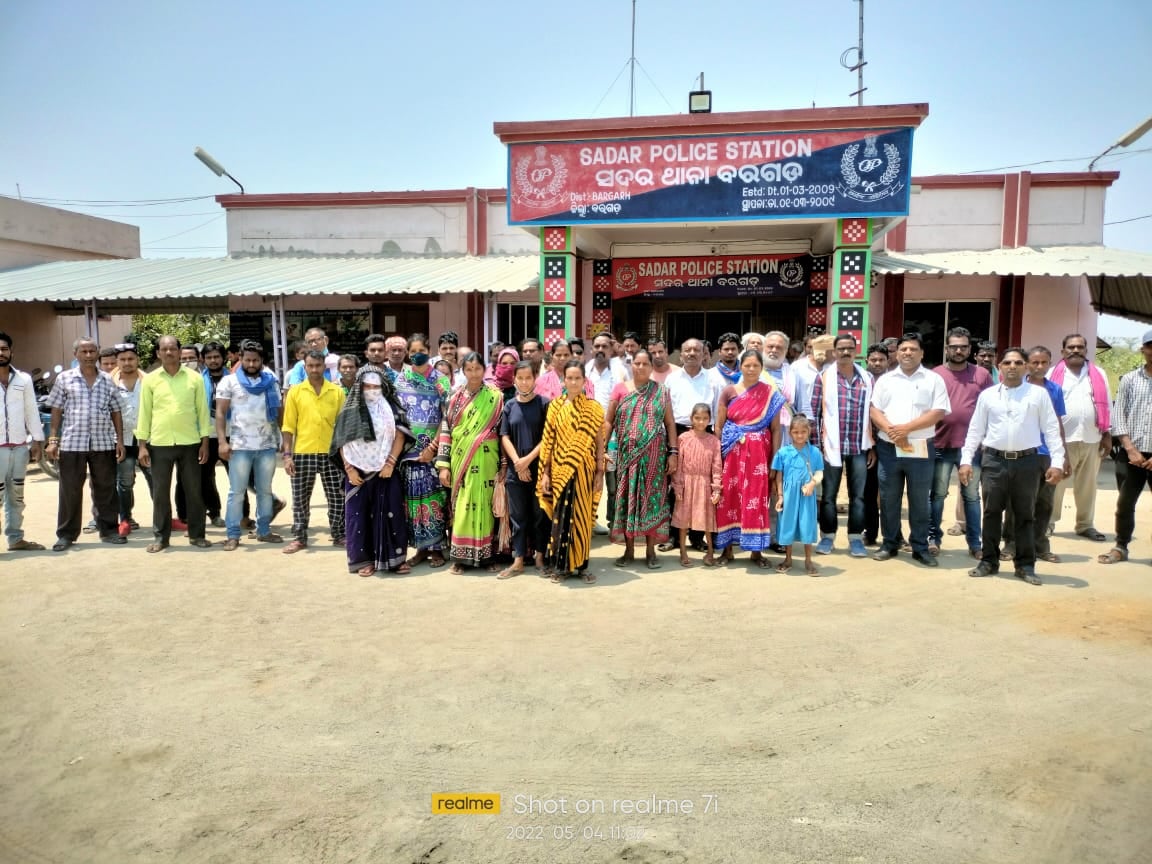 Atrocity against Dalits in Kendrapara Odisha

A kangaroo court comprising upper caste membersincluding the Sarpanch forced dalit youth Gurucharan Mallik of Tikhiri village, Kendrapara to lick his own spit from the floor, stand in humiliating 'frog' position and apologize for not giving a donation to the Ma Mangla temple annual celebrations. A donation of Rs 500 was also forcibly collected from him.
AILAJ leader Madhusudan and others met the victim family on 28 April 2022 and assured them of every support in their fight for justice. AILAJ has demanded from the Odisha government that the guilty persons should be immediately arrested and tried and the victim family should be given security and compensation. The victim family told AILAJ that when the Sarpanch and other upper caste people entered Gurucharan's house at 10 pm, his wife Rekha asked them how they could forcibly enter at night and demand donation.The upper caste people hurled casteist abuse and threatened to strip Rekha Mallik and also issued death threats to Gurucharan, Rekha and other family members. The family told AILAJ that if they donot get justice they will be forced to leave the village. The incident occurred on the night of 16 April 2022 and the kangaroo court sat on 17 May and forced Gurucharan to spit on the floor and lick his own spit, stand in 'frog' position and forcibly collected Rs 500 as donation. Gurucharan's father, grandfather and other elders were subjected to casteist abuse despite apologizing for no fault committed by them.
According to the police a case has been registered under IPC 1860 Sections 448, 294, 341, 323, 354, 384, 354-B, 506, 34 and Sections 3 (1) and 3(2) of the SC/ST Act 1989 against Sarpanch Chameli Ojha, Rakesh Sutar, Bijay Swai and Kalia Sutar. None of the accused have been arrested so far.
AILAJ has demanded immediate arrest and strict punishment for all the guilty persons and full security and compensation for the victim family. The NHRC has asked the Odisha government to submit a report on the incident within 6 weeks.

Bajrang Dal goons once again unleashed Riot-Raj in Bargarh District, Odisha on 1st May 2022. More than 30 goons perpetrated a lethal attack on 3 dalit youths who were skinning a dead cow, stripped them and made video clips. A complaint was registered in Bargarh Sadar Thana on 4 May by Sitaram Meher and others from AILAJ Odisha.
On 1 May 2022 a cow died in the home of Brindavan Sahoo (an upper caste Savarna) in Nileswar village, Bargarh Block, Bargarh District. He telephoned and called 3 Chamar caste youths Kailas Ravidas, Bighnaraj Meher and Dukhu Meher, residents of Chakarken village 4 kms from Nileswar village and asked them to take away the dead cow. The 3 dalit youths brought the dead cow to Chakarken village, skinned it and were throwing away the flesh when Bajrang Dal goons along with some villagers (more than 30 in all) came there, stripped the dalit youths and beat them up brutally, injuring all 3 of them. On 4 May AILAJ member Advocate Sitaram Meher and others registered a complaint at the Bargarh Sadar Thana.
AILAJ Odisha demands free medical treatment for the 3 injured dalit youths and immediate arrest of the Bajrang Dal goons.