Legal Guarantee of MSP is a Must: Lucknow Kisan Mahapanchayat 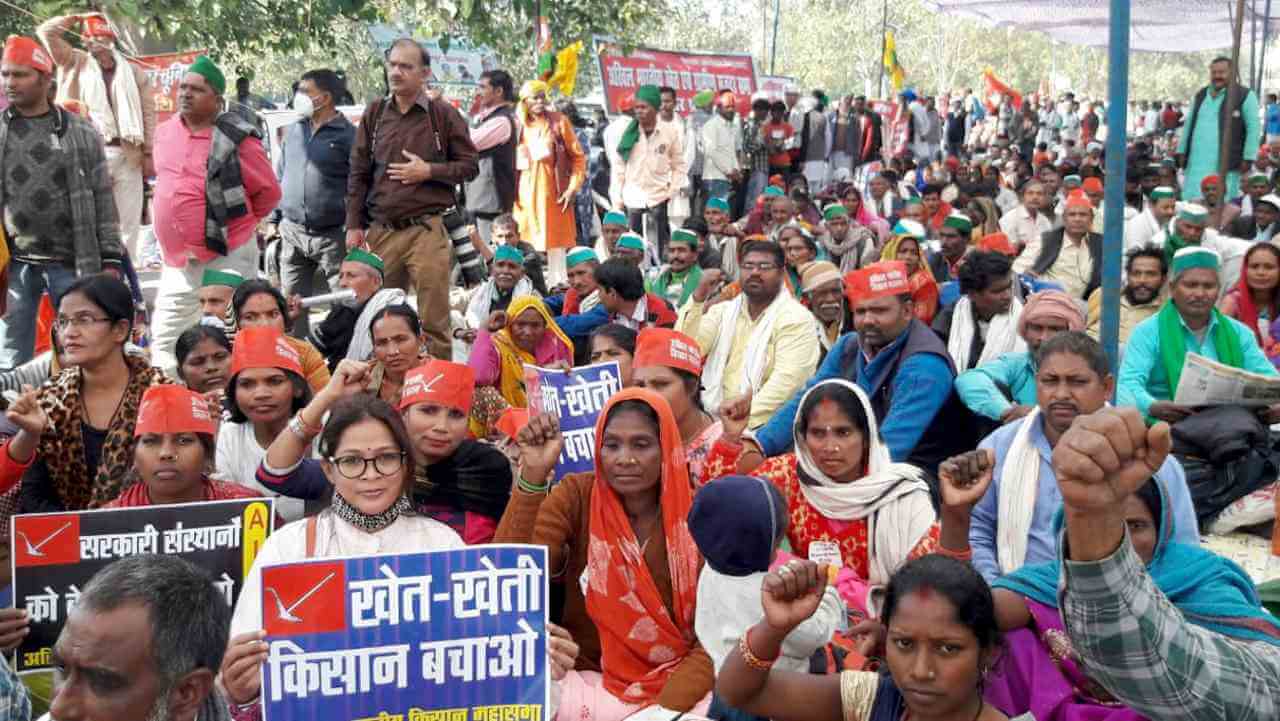 Addressing the Mahapanchayat, BKU leader Rakesh Tikait said that it took the farmers an entire year to make the government understand that the 3 farm laws are harmful. Modi tried to divide farmers by saying that only a 'handful' of farmers failed to understand the three laws; do we look like a 'handful', Tikait queried. He said that the farmers' movement would not end by the mere announcement of repeal of the laws. Apology is not enough, they must make policies that benefit the farmer. Tikait refuted the claim that a committee on MSP has been set up. He recollected that Modi as CM of Gujarat was the chief of the Chief Ministers' financial committee which suggested to the Manmohan Singh government that a law to guarantee MSP is essential. The recommendations of that committee are still lying in the Prime Minister's office. There is no need to form any new committee. The Prime Minister must say clearly whether or not he is willing to accept the recommendations of the committee of which he himself was a part. We have recently written an open letter to the PM raising many issues including MSP as well as the Electricity Bill, Seed Bill, Milk Bill, compensation and memorials for martyred farmers. But if any of these Bills are passed without consulting farmers we will not accept them. Acres of land have been forcibly taken from farmers without paying them compensation. If proper compensation is not paid we will plough that land for cultivation. The demand for payment of arrears to sugarcane farmers by sugar mills must also be met. The sugar mill in Lakhimpur Kheri is scheduled to be inaugurated by the accused Minister Teni. If that happens farmers will unload their sugarcane in the DM's office instead of at the mill. Tikait did not mince his words when he said that the government would try to divide farmers on communal lines but farmers should beware of such tricks and not be swayed by them.

AIKM leader Ishwari Prasad Kushwaha said that the farmers' victory is incomplete until all demands are met including legal guarantee of MSP and sacking of Teni. Farmers will not rest till BJP is thrown out of power in UP in 2022 and at the Centre in 2024. AIARLA leader Shriram Chaudhury said that agrarian workers are on the verge of starvation while Adani-Ambani are virtually running the government.