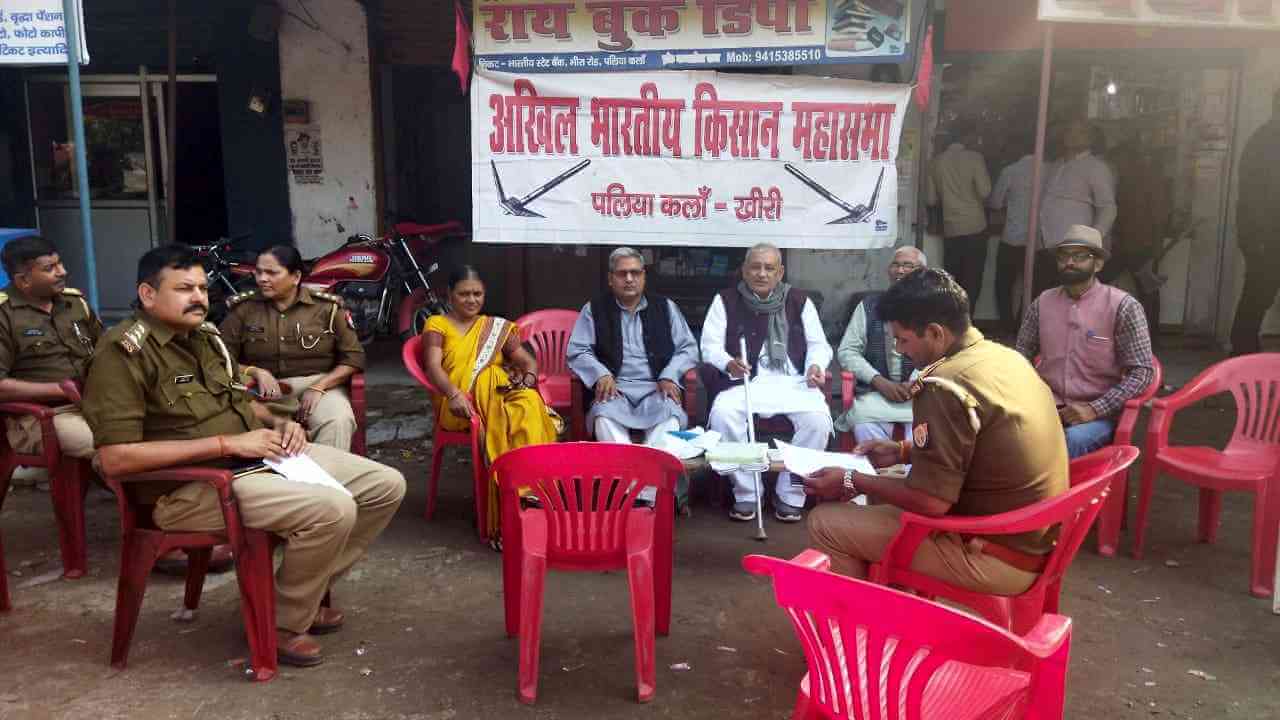 Several leaders including AIPWA UP President Krishna Adhikari, District President Arati Rai and farmer leader Kamlesh Rai have been put under house arrest by the Yogi government in order to prevent the announced kisan yatra for the removal of Ajay Mishra Teni and the revoking of the three farm laws. This yatra was to have started on 11 November from Khajuria in Lakhimpur Kheri and concluded with a mass meeting on 13 November at Nighasan.

Local officials called Krishna Adhikari and Kamlesh Rai to the Thana on 10 November on the pretext of having talks with them, detained them at the Thana for 4-5 hours and then put them under house arrest at Kamlesh Rai's home.

The other demands of this yatra were to have been: end BJP's divisive politics in Terai region of Uttar Pradesh; crop loss compensation for crops destroyed by the recent floods; and guarantee of paddy procurement.

The objective of the yatra was also to free the District from terror of Teni and the administration abd establish a democratic atmosphere and ensure farmers' participation in the kisan panchayats at Puranpur and Lucknow on 14 November and 22 November respectively.

All India Kisan Mahasabha National Secretary Ishwari Prasad Kushwaha and State Vice President Nathi Lal Pathak began a hunger strike against this undemocratic action by the Lakhimpur administration under the Yogi regime. Comrade Ishwari Kushwaha told that when he reached Palia on the morning of 11 November the police surrounded him. He warned the Yogi government that the farmers' movement would not be suppressed by conspiracy, murder and repression. Teni must go, and so will Yogi and Modi.