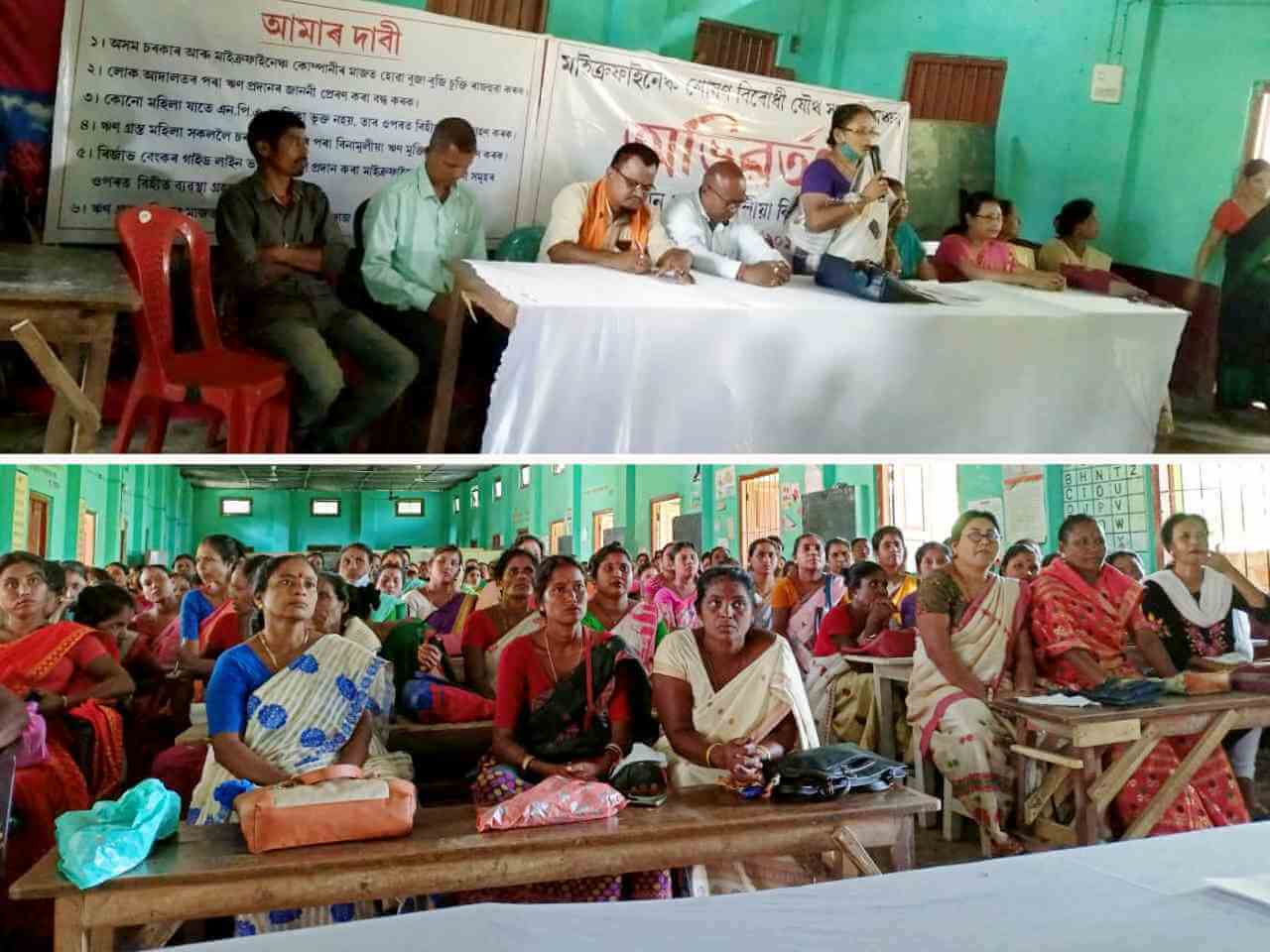 The debt-ridden women assembled in huge numbers on 1 November at Raha under the banner of MICROFINANCE SHOSHAN BIRODHI JOUTHA SANGRAMI MANCHA against BJP government's betrayal of promise to waive microfinance loans. Women in Assam are leading a movement for microfinance loan waiver since last year. They pledged to intensify the movement if their demand is not met. It was also announced to hold district level conventions in the coming month on this issue.