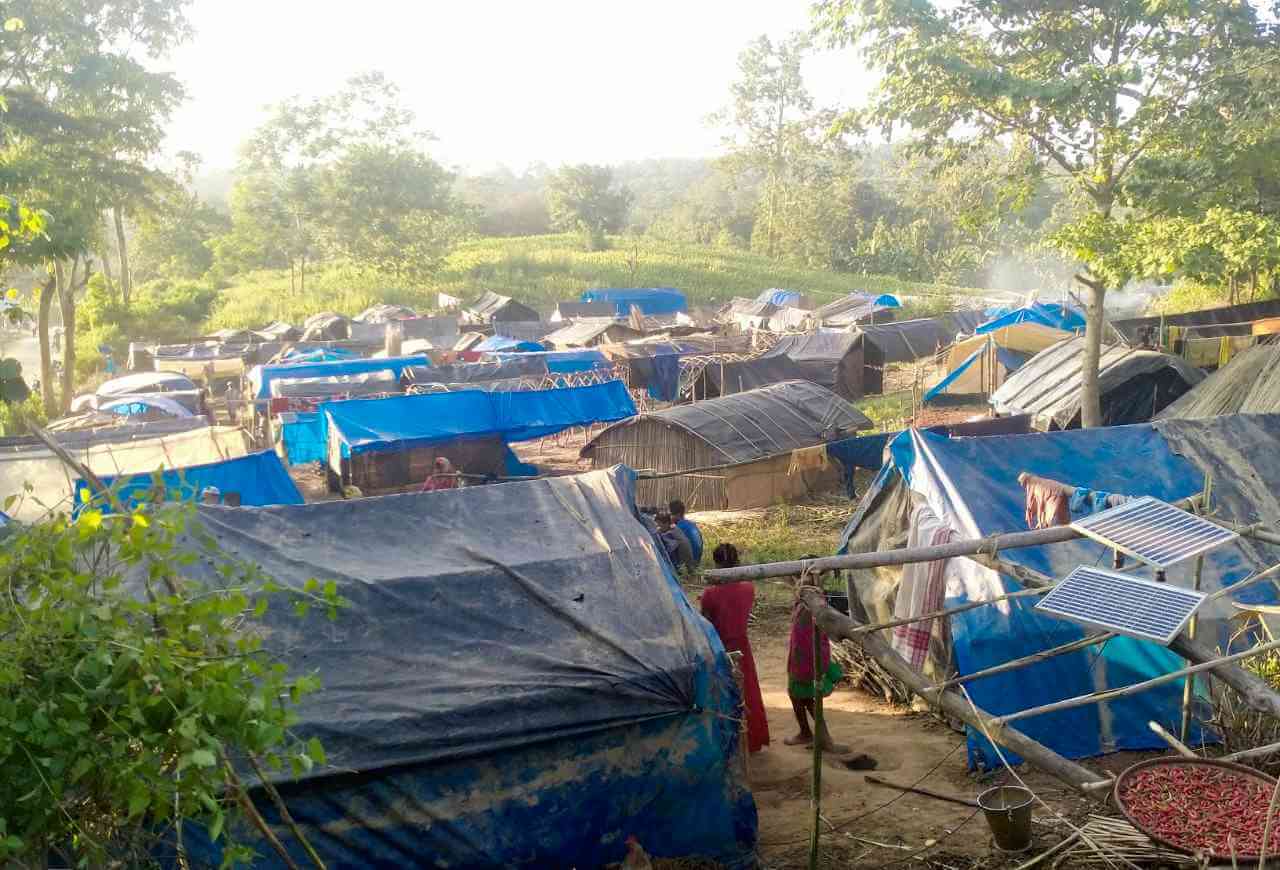 Hojai District: On 7 November a large contingent of Assam police entered Lumding Reserve Forest led by DM and SP of Hojai district to evict the people belonging to Garo, Chakma and Bengali speaking Muslims who have been living in there to leave forthwith. Most of them are landless, victims of ethnic cleansing and river erosion. Sadou Asom Grameen Shramik Santha intervened and requested the district magistrate of Hojai through a memorandum to stop evictions without any proper rehabilitation done. The evictions were not stopped but the DM assured to rehabilitate the people in the same district. The people came out from the reserve forest and built makeshifts where they are living now waiting to be rehabilitated. This has brought a serious humanitarian crisis as evicted people are forced to live an inhuman life. This region is famous for ginger, turmeric and green chilly cultivation.

The total land area of Lamding Protected Forest is 22,402 hectares out of which 1410 hectares of land has been evicted. Many of the evictees here came from the flood-hit areas of Morigaon and Nagaon after purchasing lands through brokers.

CPIML has called these evictions a direct deliberate targeting of minorities under the BJP Govt.

The rehabilitation became a distant dream. A former MLA Shiladitya Deb come out spewing venom against innocent evicted people terming "doubtful Citizens, smugglers and anti-socials" on record in a PIL. The Sadou Asom Grameen Shramik Santha  has filed another PIL (37/2021) in the Guwahati High Court challenging the ill intentions of the said MLA making him a party to the case. It has also been decided to hold a convention on LAND AND SHELTER RIGHTS  on 30 November at Nogaon .

Shubhrajyoti Vardhan, President, Sadau Assam Gramin Sramik Santha and its General Secretary Arup Kumar Mahanta said that as per Supreme Court's order regarding evictions the people are entitled for proper resettlement in the same area, but the ruling BJP, as it former MLA Shiladitya Dev, is spreading false narratives and venomous campaign against poor families living in Lamding forest terming them suspicious citizens, smugglers and criminals.

Such evictions must be stopped in Assam and the ruling party must desist itself from spreading lies and false propaganda.