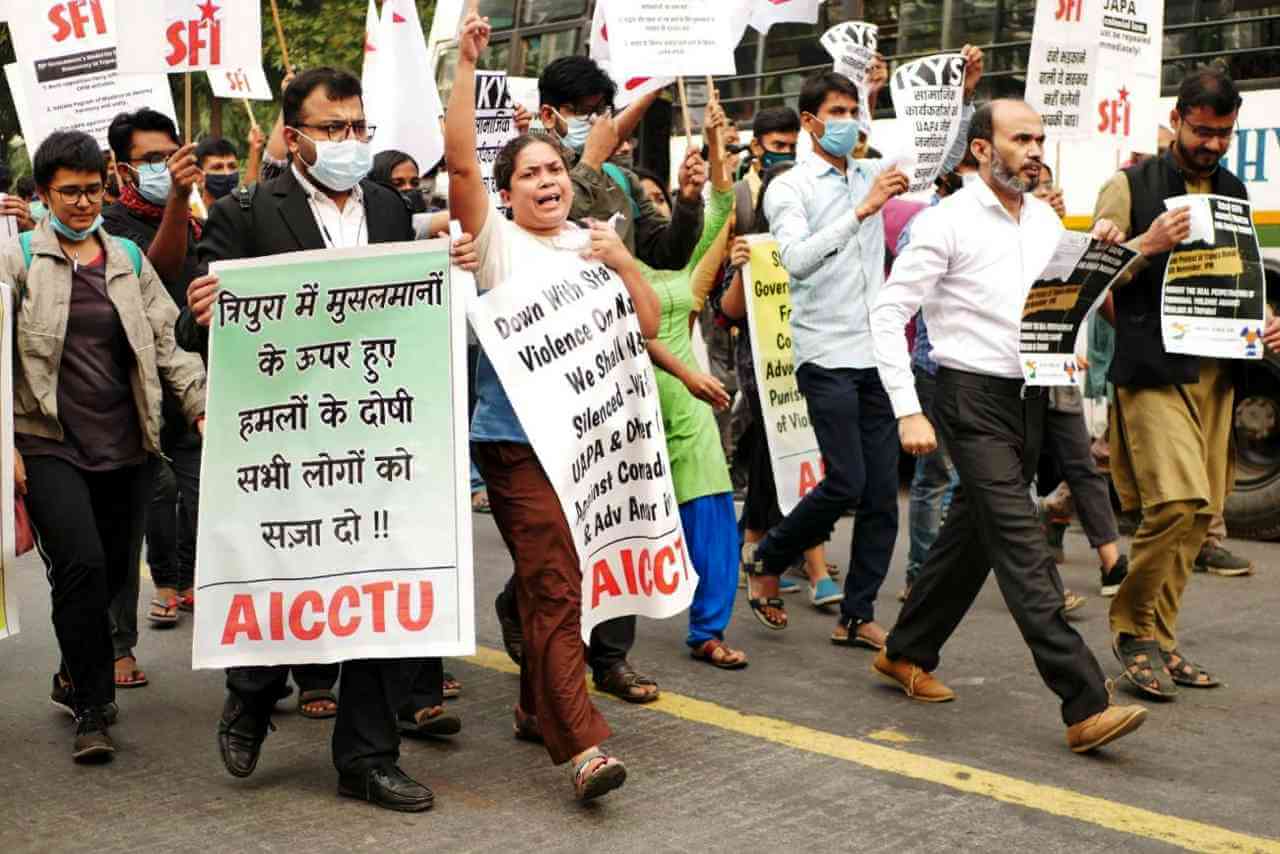 On 5th November, students, lawyers and concerned citizens of Delhi staged a protest at Tripura Bhavan against the arbitrary case of UAPA filed against Delhi based lawyers, Mukesh Kishore and Ansar Indori and the state backed anti Muslim violence taking place in the state of Tripura. The protesters marched from Assam Bhavan to Tripura Bhavan, raising slogans against the draconian UAPA and the raging violence against Muslims in the BJP ruled Tripura.

At the public meeting held at the protest, several activists addressed the gathering. Surya Prakash, from AILAJ said, "the ambiguity of the UAPA is being used as a tool against dissent and democracy by the fascist government." Sucheta De from AICCTU voiced dissent against the communal carnage in Tripura saying, "this government is hell bent on breaking the secular fabric of the country. These bogus charges against lawyers must be scrapped immediately." Neha, AISA Delhi Secretary stated at the protest, "there has been complete impunity to the VHP rioters while false cases are being filed against lawyers and activists. This is the sorry situation our country has been pushed to by the BJP!"

A memorandum was sent to the Tripura Govt. which stated: "The allegations have no basis of any truth. Both the lawyers were not in Agartala when the widely reported communal violence took place between 12th and 26th October... It will be a blatant violation of law, freedom and democracy if clauses of IPC and sections of UAPA are being slapped to crackdown on fact finding teams... we demand that the notice sent by the Agartala Police be withdrawn immediately and all charges against the lawyers be quashed."

This was demanded to quash all charges against Mukesh and Ansar Indori and punish the perpetrators of communal violence against Muslims in Tripura.