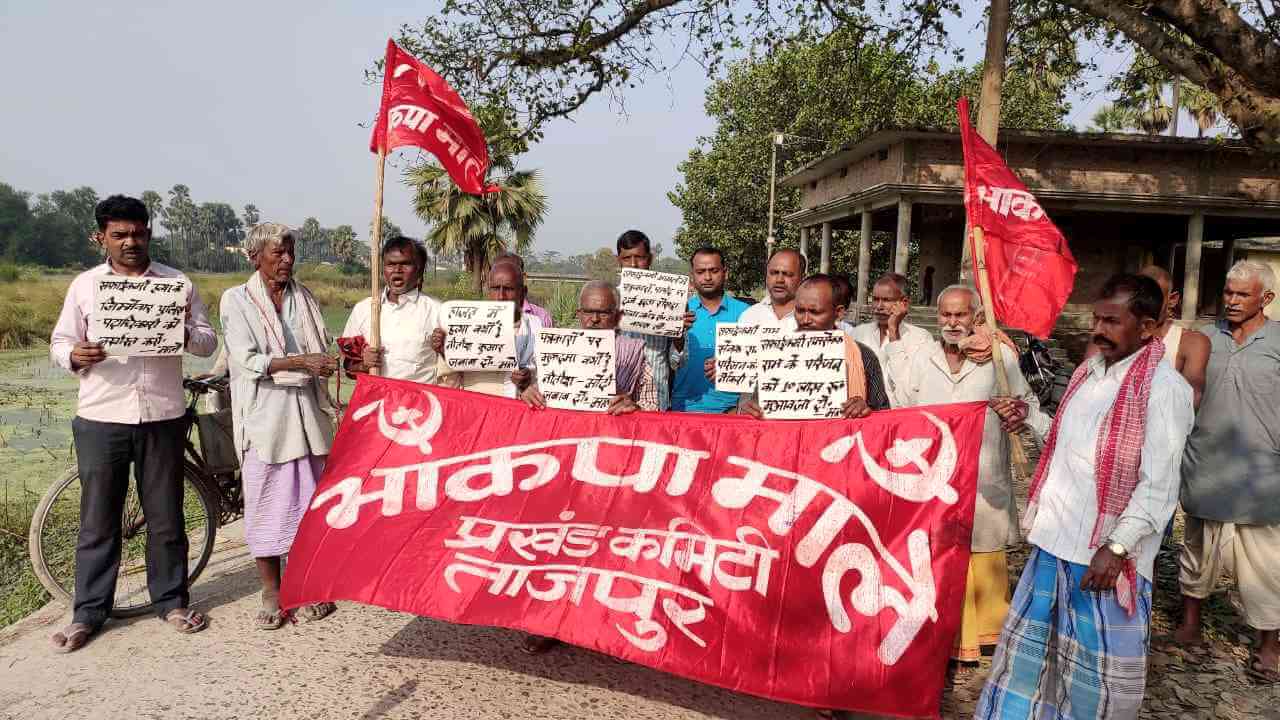 Sanitation worker Ramsewak Ram who was critically injured due to brutal police beating in Samastipur died on the morning of 5 November at PMCH Patna. As soon as news of the death spread, there was uproar in the District and allegations against the police were rife.

CPIML termed the death of the sanitation worker due to police beating a tight slap in the face of the government that boasts of 'sushasan'. CPIML District Secretary Prof Umesh Kumar called for 6 November a Protest Day against police killing.

CPIML Politburo member Dhirendra Jha called the death of Ramsewak Ram in the Rosda Thana nothing short of murder. Police Raj has been established now in Bihar, he said, and demanded action without delay against the Thana in-charge and the Rosda Nagar Panchayat executive officer.

People came out in a protest march on 6 November from Motipur Kalisthan to Gandhi Chowk via NH 28 to demand a high level enquiry into Ramsewak Ram's death, compensation and a government job for the victim's kin, sacking of the guilty police personnel and officials, and immediate withdrawal of the false case 343/21 at Rosda Thana against journalists, councillors and workers. The march culminated in a meeting at Gandhi Chowk presided over by CPIML Block Secretary Surendra Prasad Singh. Speakers in the meeting said that the struggle would be intensified unless there is justice for Ramsewak Ram. Surendra Prasad Singh said that custody is meant for security and not for beating people to death. Custodial killing is a heinous crime and the persons guilty of this must be punished. CPIML will raise this issue inside the Assembly too.