Fascist Onslaught and the Role of Left 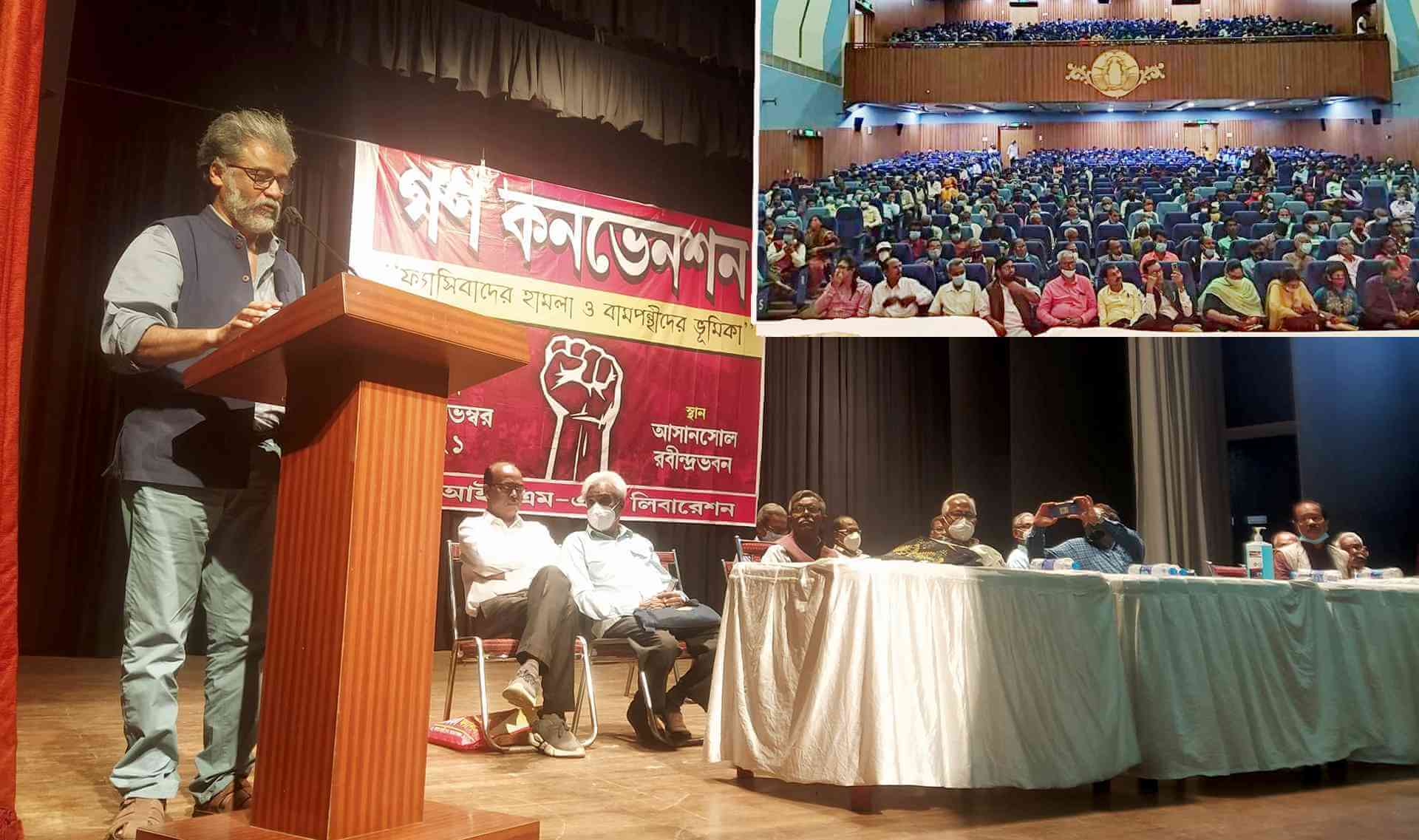 On the historic day of 104th Anniversary of the Great November Revolution, a mass convention was held on ''Fascist Onslaught and the Role of Left'' at Rabindra Bhawan, Asansol on 7 November. In this convention a Marxist-Leninist group State Organising Committee (SOC) officially merged with CPI(ML) Liberation. The convention started after hoisting flag by CPIML General Secretary Dipankar Bhattacharya and paying homage to the martyrs.

After the opening song presented by comrades the convention started. Somnath Chatterjee, leader of erstwhile SOC and a prominent trade union leader in the adjacent coal belt, declared merger of his organisation with the Party and introduced leaders amid thunderous applause. In his very brief speech he mentioned emphatically that the need of the hour is to build a strong resistance against the fascist onslaught and all the small left revolutionary forces should come forward and unite under the banner of CPIML Liberation. Comrade Dipankar Bhattacharya greeted all the comrades and handed them over the red flag.

Com Lebachand Tudu said that 'the Modi Govt is plundering forest-water-land and handing it over to the corporates. He also criticised the state government and mentioned that though a welfare board has been formed but the wellbeing and interest of innumerable adivasi communities has been neglected, and are pushed to the margins.

Mr PK Das, a prominent trade union leader of steel industry mentioned, during decades of 60s exemplary working class movement in this vast industrial area achieved significant victories and the left forces garnered good mass base among the industrial workers. But at present the reactionary forces have raised their head, parliamentary cretinism during the yesteryears degenerated the left movement.

Com Dipankar said, Bengal needs Left that is capable to fight fascist onslaught. The ongoing farmers movement has put up a formidable challenge against the Modi rule. The real opposition to Modi's rule are movements of farmers-workers-students and the forces fighting for democracy and freedom, we should not forget that 104 years ago, Russian people fought for food-peace and democracy and established all those rights for which we are fighting now. People across generations are coming forward to strengthen this struggle taking inspirations from our martyrs. We know Khudiram Bose sacrificed his life fighting against British rule at his tender age. Same was with shaheed-e-Azam Bhagat Singh. We also witnessed how valiantly Father Stan Swamy resisted the fascists at the age of 84. Com Dipankar reminded that the RSS not only betrayed the Independence movement but also played the role of agent-provocateurs during the freedom struggle.