Bihar: Judicial Probe demanded in the Loot and Corruption in Tap Water Scheme 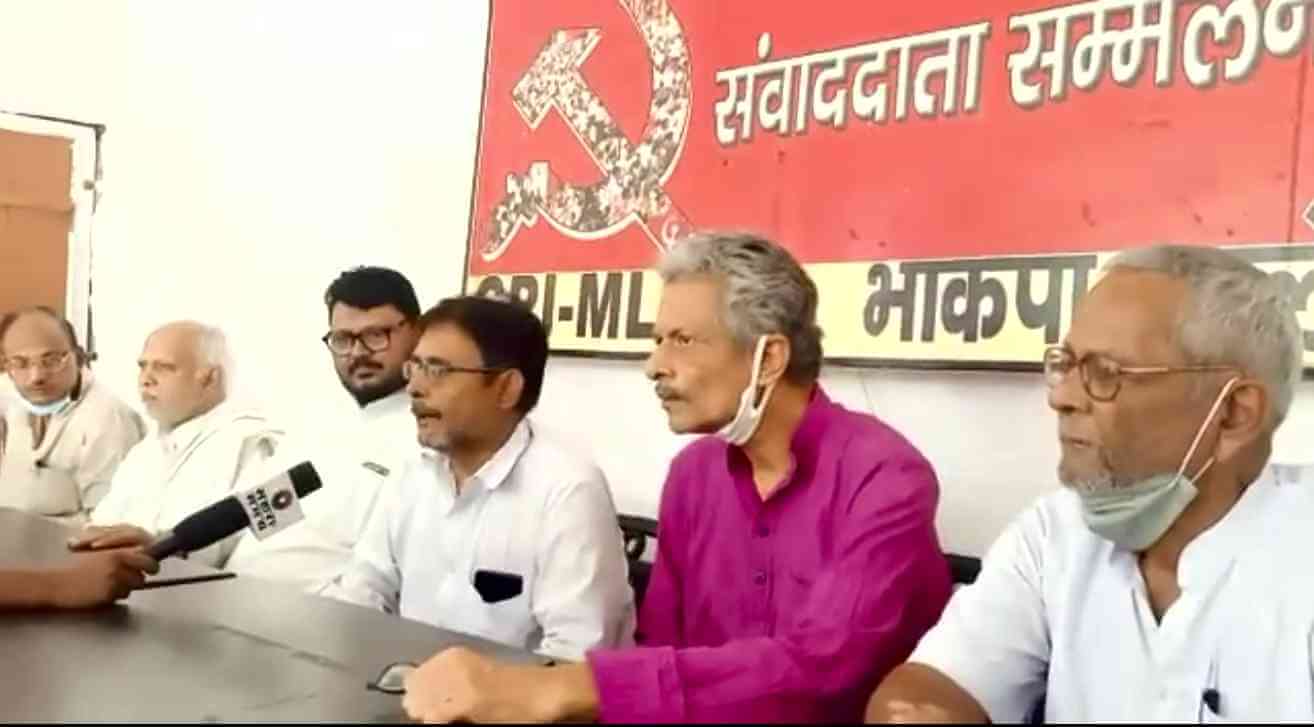 Left leaders in Bihar addressed a joint press conference in Patna on 24 September 2021 and demanded Rs 30000 per acre compensation for farmers and sharecroppers for crop loss due to floods in Bihar, guarantee of job cards, work and timely wage payment for MNREGA workers, Rs 600 daily wages for MNREGA workers, and measures to contain the viral fever havoc in the state.

There is a consistent ongoing movement against the loot and corruption rampant in the Bihar government's much hyped Nal-Jal Yojana (Tap Water Scheme) but the government remains heedless. Earlier, people had thought that the corruption was at the Mukhiya and Ward Member level, but the real facts of institutional corruption and the involvement BJP-JDU protected forces are coming to light. These corrupt forces are depriving the common people of drinking water. Left parties demand a judicial probe into this by a sitting High Court judge and a survey of the current status of the Nal Jal Yojana by a reputed national agency. Moreover, Deputy CM Tarkishore Prasad who is implicated in the corruption should step down from the Cabinet until the completion of the probe.