Bihar: Gov Undercounting the Number of Covid Deaths by At Least Twenty Times 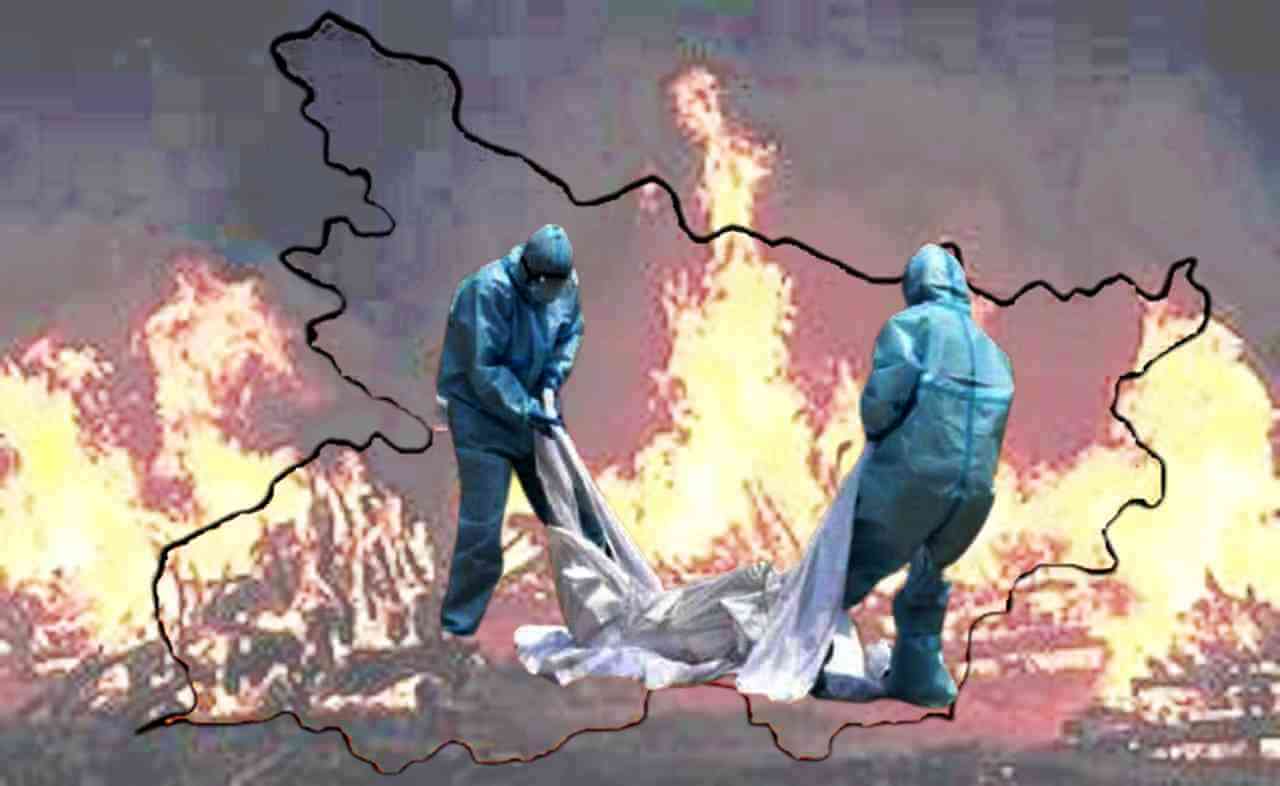 On 29 July CPIML Bihar State Secretary Kunal released the provisional report of the party's investigation into deaths that occurred during Covid times. He said that the government is undercounting the number of deaths by at least 20 times which is a great injustice.

The CPIML legislative party has also submitted a copy of the report to the Bihar Assembly Speaker and demanded a discussion in the House.

Country experienced the horror of the 2nd Covid wave in which there is probably no one who did not suffer the loss of a loved one. We saw people die for want of oxygen and watched helplessly as the derelict health system claimed our dear ones. Now the 3rd wave is knocking on our doors.

The horror of the deaths can be understood by the examples of only two villages in Bhojpur district, Kulharia (Koilvar Block) and Kolharampur (Badhara), where 59 and 45 deaths occurred respectively in. There were as many as 13 deaths in just the month of January in Kulharia village.

However, the attitude of the government towards the biggest pandemic since independence is extremely worrisome. The Health Minister shamelessly lies when he says that no death occurred due to shortage of oxygen. It was estimated that about 2 lakh deaths occurred across Bihar in April-May, and our enquiry bears out these figures. On the contrary, government statistics put the deaths at a mere 9632 and that includes the 1500 1st wave Covid deaths. In other words, the government is hiding data of 20 times the number of deaths. This is a deliberate crime for which the government can never be forgiven.

CPIML has collected data of deaths from 1 April to 31 May 2021 (2nd wave) from 1693 villages in 515 Panchayats in 66 Blocks in 9 Districts. Reports from some Districts are still to come in. According to our report 6420 people in these 1693 villages died due to Covid symptoms and 780 people died due to other reasons. That is, a total of 7200 people died. Of these we got statistics that 939 were Covid positive and 338 were Covid negative. This totals to 1277, whereas 5923 of the dead were not tested at all. A small part of the number who died due to other reasons had chronic or critical illnesses or were natural deaths. A large part includes deaths of non-Covid patients who could not get treatment at hospitals due to the pandemic or due to the lockdown. It is the duty of the government to give them also compensation.

This investigation covers 3.75% of Bihar's villages. Here itself the number of deaths is 7200, whereas Bihar has 50000 small and big villages. Therefore the number of deaths reaches 20 times more, i e. 2 lakhs. Comrade Kunal informed that this survey was mainly done in villages and scarcely touched cities and urban areas. If urban areas were also included then the statistics would obviously be even higher.

Of the 7200 deceased, 3644 people got rural treatment, 2445 private treatment, and only 1111 got treatment at government hospitals. These statistics show how useless the government health system has proved to be. Of the deceased, only 6 people have received compensation. These statistics expose the insistent lies being told by the government. If the government, and all of us, do not show seriousness, how can the challenges of a possible 3rd wave be faced? This unprecedented pandemic tragedy should be taken seriously and extensive discussions and consultations should be held. CPIML has asked the Bihar government that they should acknowledge the truth instead if hiding data. The Patna High Court has time and again pulled up the government for hiding death statistics.

The CPIML legislative party has demanded from the Bihar Assembly Speaker to take cognizance of the matter and hold a meaningful discussion in the House, and direct the government to list each death and give compensation to the families.