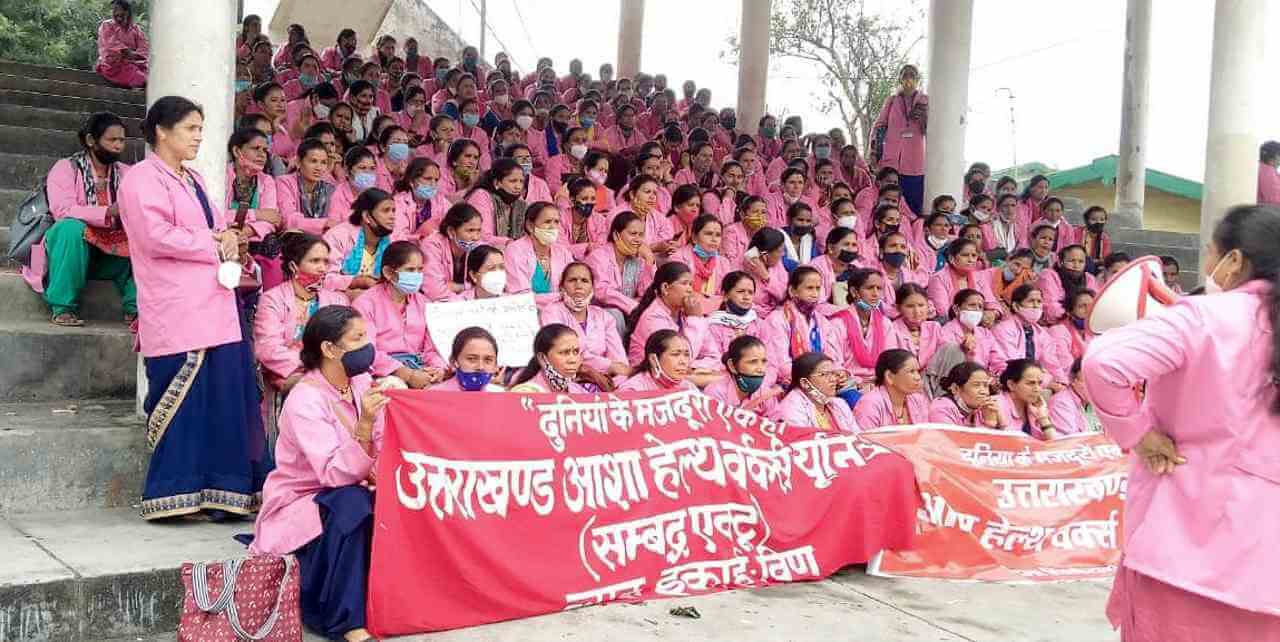 The ongoing indefinite strike by ASHA workers in Uttarakhand continued for the 25th day on 25 August. The statewide strike has been going on since 2 August for monthly salary and other demands but as the government has taken no decision so far the ASHA unions affiliated to AICCTU and CITU are continuing the strike.

The ASHA Health Workers Union issued a statement saying that the negligent attitude shown by the state government towards the ASHA movement is shameful. ASHA union delegations have met the Chief Minister, Health Secretary, National Health Mission Director and DG Health, all of whom acknowledged that the ASHAs' demands are just, and gave assurances of resolution. But no action has been taken so far, raising a question mark on the modus operandi of the government. The statement further said that ASHAs want to work but will not agree to anything short of a respectable monthly salary and this strike will end only after the state government gives a positive decision on 12-point demands charter.

On 15 August ASHA workers joined the Independence Day celebrations, observed the day with full enthusiasm and hoisted the flag, while the dharna and protests continued.