Save India, Save Workers’ Rights Campaign 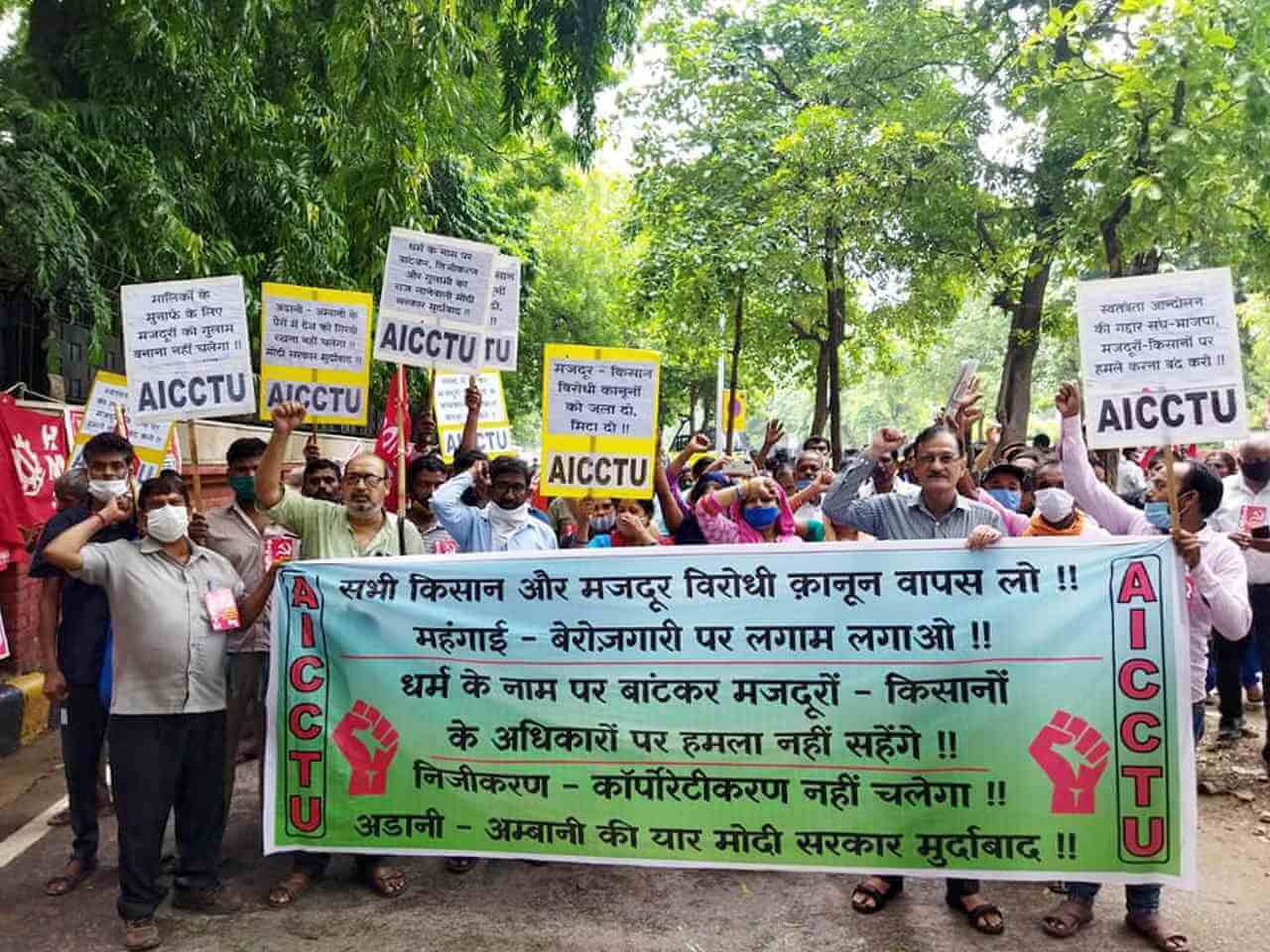 9th August 2021 (Quit India Movement Day) was observed throughout the country with the participation of lakhs of workers, farmers, women and other sections of people with the clarion call to “Free India from the Clutches of Modi-shahi, Defeat Modi-led Company Raj”, “Save India, Reclaim our Rights”. Workers demanded: Stop Privatisation; Stop Rising Unemployment and Retrenchment; Arrest Skyrocketing Prices and Strengthen PDS and Food Security; Full Lockdown wages and Rs. 10,000/- per month subsistence allowance; Compensation for all Deaths in the Covid period; Scrap 4 Labour Codes and 3 Farm Laws; Withdraw the Act to crush the Right to Strike in Defence sector; Repeal Sedition Law, UAPA and all Draconian Laws and Free all political prisoners.

To mark this occasion AICCTU had launched “Save India, Save Workers’ Rights” Campaign across the country from 1st August which culminated on 9th August with impressive participation of workers.

In Delhi, an impressive protest was organized at Mandi House. The March to Parliament from here was disallowed by Delhi Police which was condemned by the protestors. On behalf of AICCTU, the protest was addressed by Rajiv Dimri, General Secretary, apart from the national leaders of other central trade unions. Also, Mahila Kisan Sansad was held at Jantar-Mantar.

The demonstrations on this Day emphasized the need to intensify and take to newer heights the united struggle of masses to overthrow Modi-shahi, which has replaced British-shahi today after 74 years of Independence in the form of a fascist regime with undeclared emergency and Corporate-Company Raj looming large over the country.