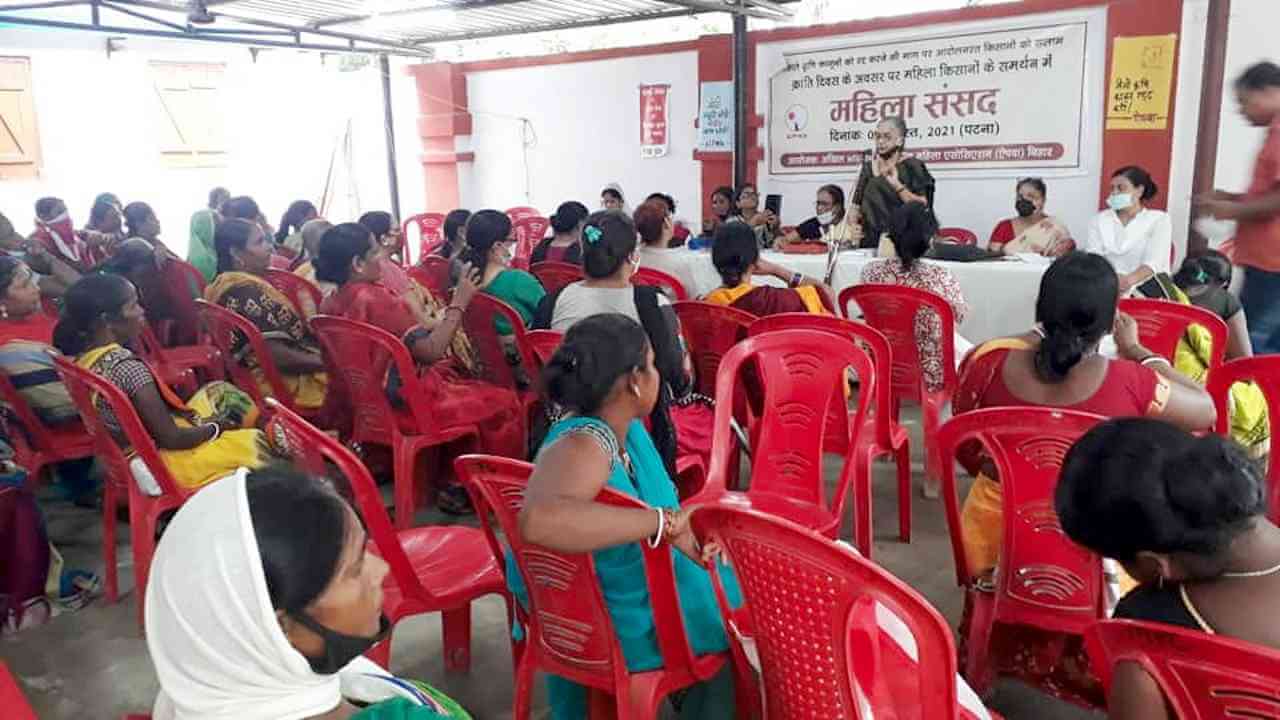 AIPWA organized a women's Parliament in Patna on 9 August Kranti Diwas in support of a parallel Parliament organized on the same day at Jantar Mantar in Delhi to demand repeal of the 3 black farm laws.

Women from various Districts in Bihar participated in the Parliament. Prof Bharti S Kumar was duly elected Speaker of this Parliament. Five Bills were introduced at the Parliament regarding agriculture, labour, health, inflation, and oppression of women.

Addressing the program, AIPWA General Secretary Meena Tiwari said that the movement on these issues will be intensified. She stressed that the Modi government must answer on the Pegasus issue and tell the citizens of India who is responsible for spying on them.