The Call of August 2021: Reclaim India's Freedom and Democracy 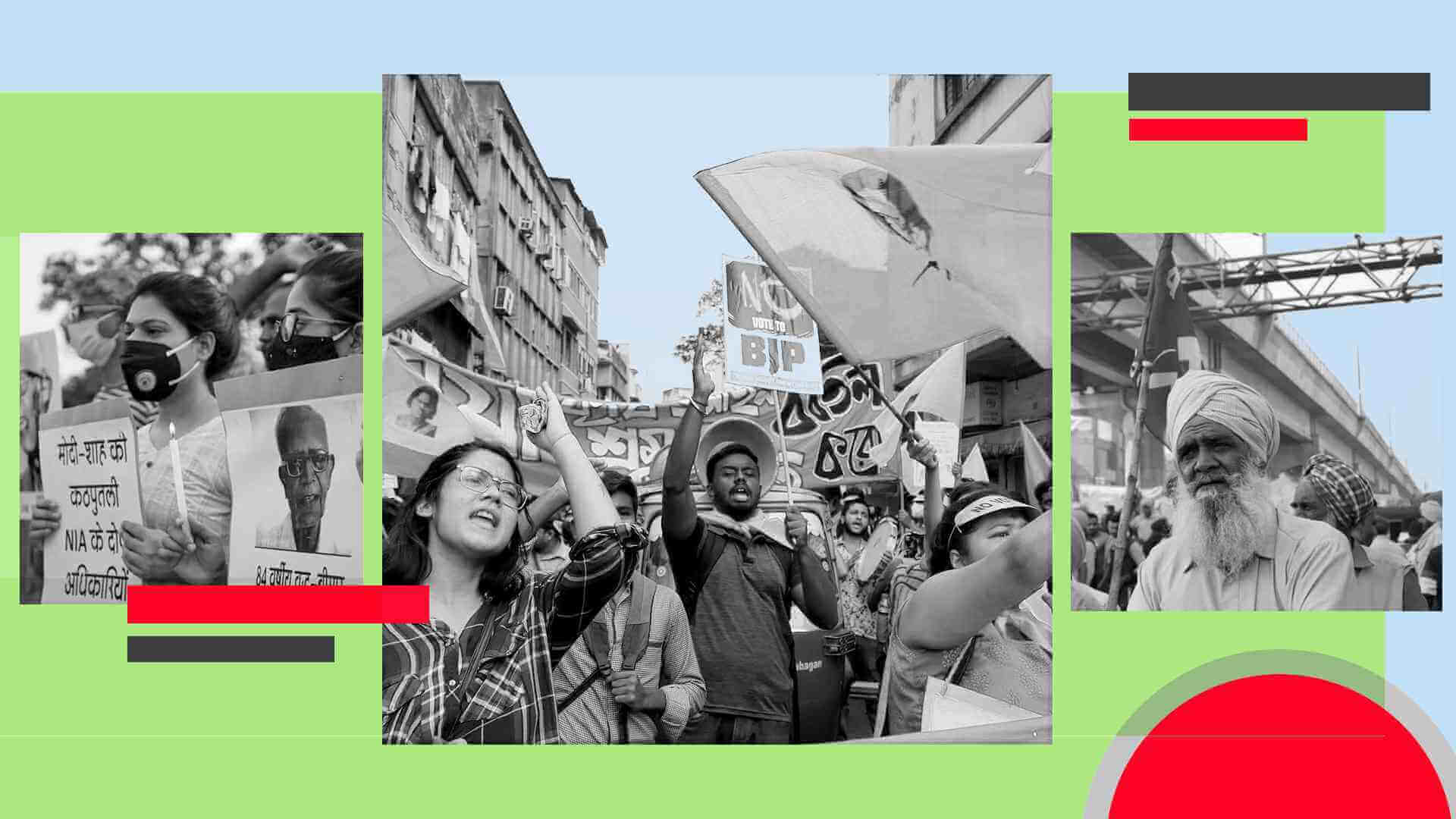 August 15 this year will mark 74 years of India’s freedom from colonial rule. After three-quarters of a century of independence, have Indians achieved the freedom of which they dreamed – from the repression, draconian laws, and plunder that marked colonial rule?

August 5 this year marks 50 years of the custodial assassination of poet and journalist Comrade Saroj Dutta, who was among the founding leaders of the CPI(ML), and Secretary of the party's West Bengal State Committee, while August 12-13 marks 50 years of the Kashipur-Baranagar massacre. Comrade Saroj Dutta was abducted by the police from a friend’s home and then shot dead at the Kolkata Maidan in the early morning on August 5, 1971. A week later 200 young persons were brutally tortured and massacred in cold blood at Kashipur-Baranagar near Kolkata, by a nexus of vigilantes of ruling parties and the police. This indiscriminate massacre was to punish the entire young generation for sharing the revolutionary dreams of the Naxalbari peasant uprising. Homes were cordoned off and then raided, and in full view of their families and neighbours, the young persons were dragged from their homes, to have their eyes gouged out, their bodies dismembered and beheaded.

The next year, CPIML General Secretary Charu Mazumdar was arrested on July 16 1972. Following custodial torture, he eventually succumbed on July 28 1972 at the Lal Bazar lock-up in Kolkata.

Then Chief Minister Siddhartha Shankar Ray, whose name is coterminous with state repression, asked about the Kashipur-Baranagar massacre by a leading newspaper, had declared that “The people of West Bengal do not want to know who the guilty are.” The people knew the perpetrators well and want justice for that whole generation cut down in the flower of its youth – but no subsequent regime has had the moral courage to allow the truth to be spoken.

The peasants and the youth of the 1970s were indeed waging a struggle to free the country – where “country” meant its people not merely its rulers. That is why the iconic song of that movement was ‘The beloved motherland shall be free’ (Mukta hobe priya matrubhoomi), which declared that “the people of this great Bharat are great - and Bharat will finally belong to its people”.

The struggle to reclaim one’s country, to free the “beloved motherland is never more urgent that at this juncture. The Modi regime’s preparations to observe 75 years of the country’s freedom comprise of declaring its Parliament to be a colonial relic and replacing it with a new building; in the process destroying and remaking the very face of Delhi. But at the same time, this regime is making the greatest use of draconian colonial and colonial-inspired laws including the sedition law. Labour and farming laws are being remade to ensure that they replicate colonial laws to take away freedoms of workers to unionise and force farmers to cede their freedoms to big corporations.

Protests by people, investigations by journalists, questions from citizens and human rights defenders are all branded as “seditious” and “anti-national”, and met with arrests and protracted incarceration as undertrials under colonial-era laws. Israeli software is used to secretly and illegally spy on, and even plant evidence to frame Indian opposition politicians, journalists, activists, Supreme Court judges and Army officers as well as civilians. Never has the country’s freedom and the freedom of its citizens been compromised to this dangerous extent.

Further, the Modi regime has been seeking to overshadow the legacy of 15 August by choosing 5 August as a date of significance for Hindu supremacists. On 5 August 2019 the Modi regime abrogated Article 370 of the Indian Constitution, severing the Constitutional thread between Jammu and Kashmir and India, and subjecting the people of Jammu and Kashmir to total subjugation. On August 5, 2020 the Modi regime began construction of the Ram Temple at the site where the Babri Mosque was demolished by Hindu supremacist mobs in 1992.

This August the people of India renew their commitment to rescuing the country and its people from the Modi regime’s conspiracy to demolish the promise of August 15 1947, of Constitutional democracy and freedom - and to seek to replace it with a Hindu supremacist Raj which mimics British Raj.