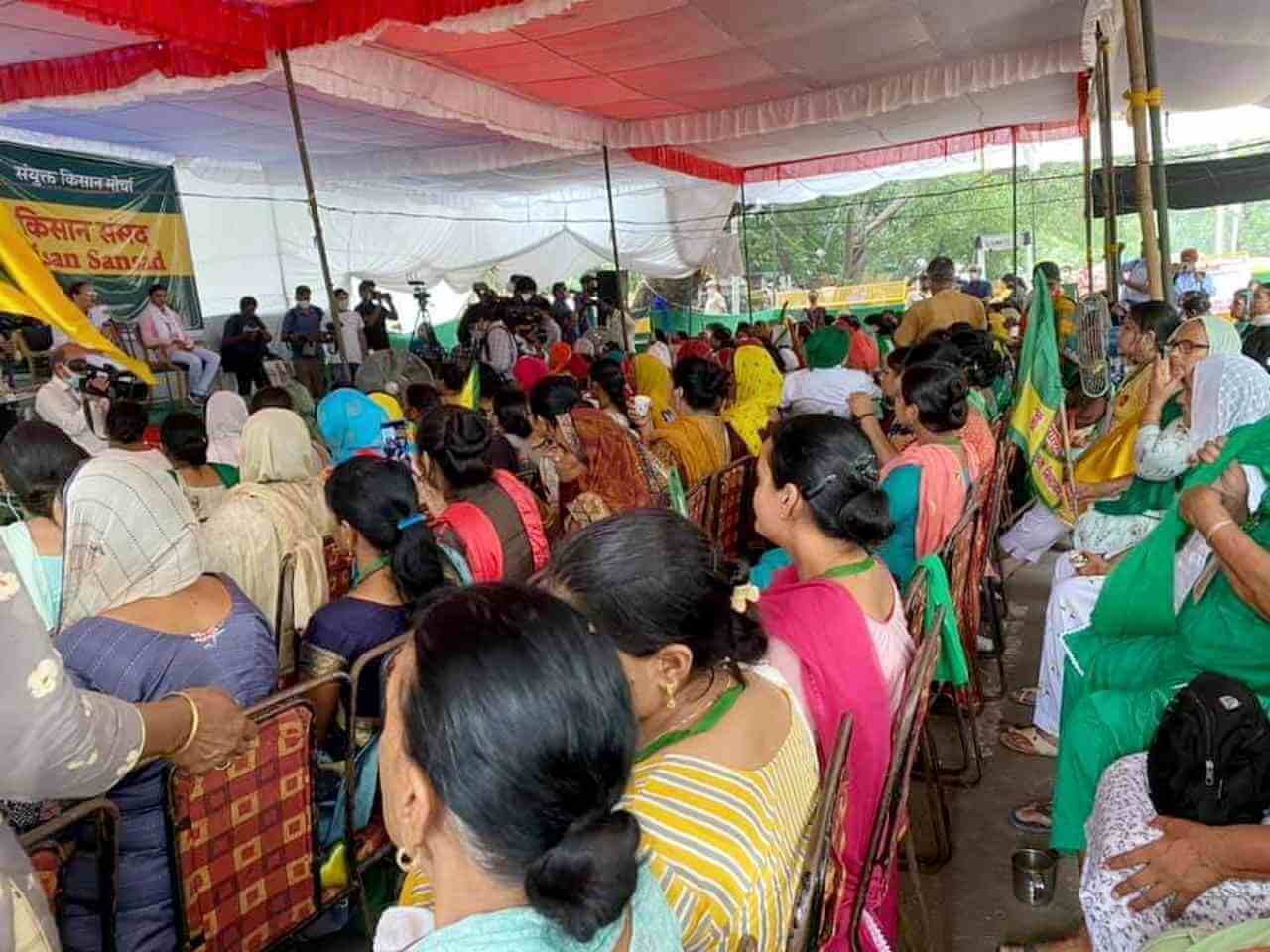 The House also resolved to adjourn the Parliament Sine die in view of the preparations of next SKM programme i.e. 15th August to be celebrated as Kisan Majdoor Azaadi Sangram Divas.

Mahila Sansad (Women’s Parliament) and Kisan Sansad events in solidarity with the farmers’ movements were also held at Patna and Banaras. At the Patna event, Professor Bharti S Kumar was designated the Speaker. Bills to strengthen labour laws in favour of workers; ensure the right to health as a fundamental right; put a cap on prices of cooking gas and food; were proposed by participants. The event was addressed by AIPWA General Secretary Meena Tiwari who said that the citizens of India will struggle to make the mock parliament a reality.